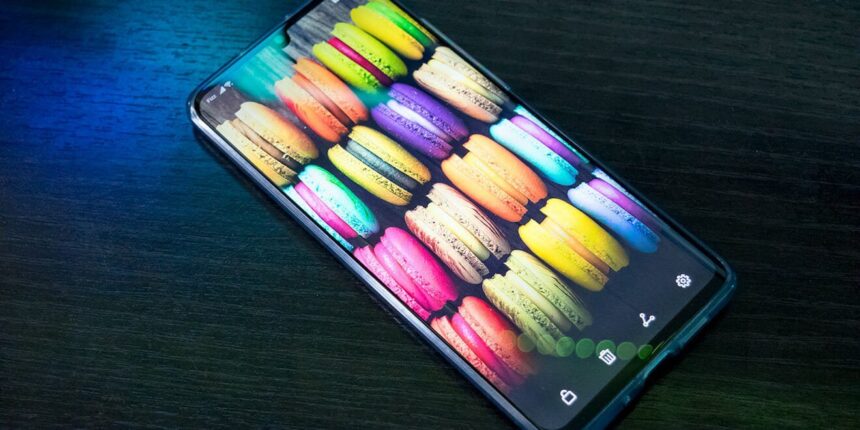 OMG! Huawei P30 Pro does it stand up?! I’m just at the tail end of April having spent nearly a month with the Huawei P30 Pro. All around I’m impressed. It’s a device that will be hard to pass over or even beat. As you may well know, manufacturers will undoubtedly try to one-up each other.

The P stands for the photography series of Huawei smartphones. It has been made possible with the use of the Leica cameras. I’m hoping that the business will grow and become even more influential.

If you want to know all the prices at various retailers and carriers you can take a look at the extensive listed I posted earlier here: Retail & Carrier pricing. **If you’re an owner of the P30, P30 Pro or P30 Lite, I’ll leave some links to my accessories at the bottom.

Now let’s take a look at my review and each aspect of the device. 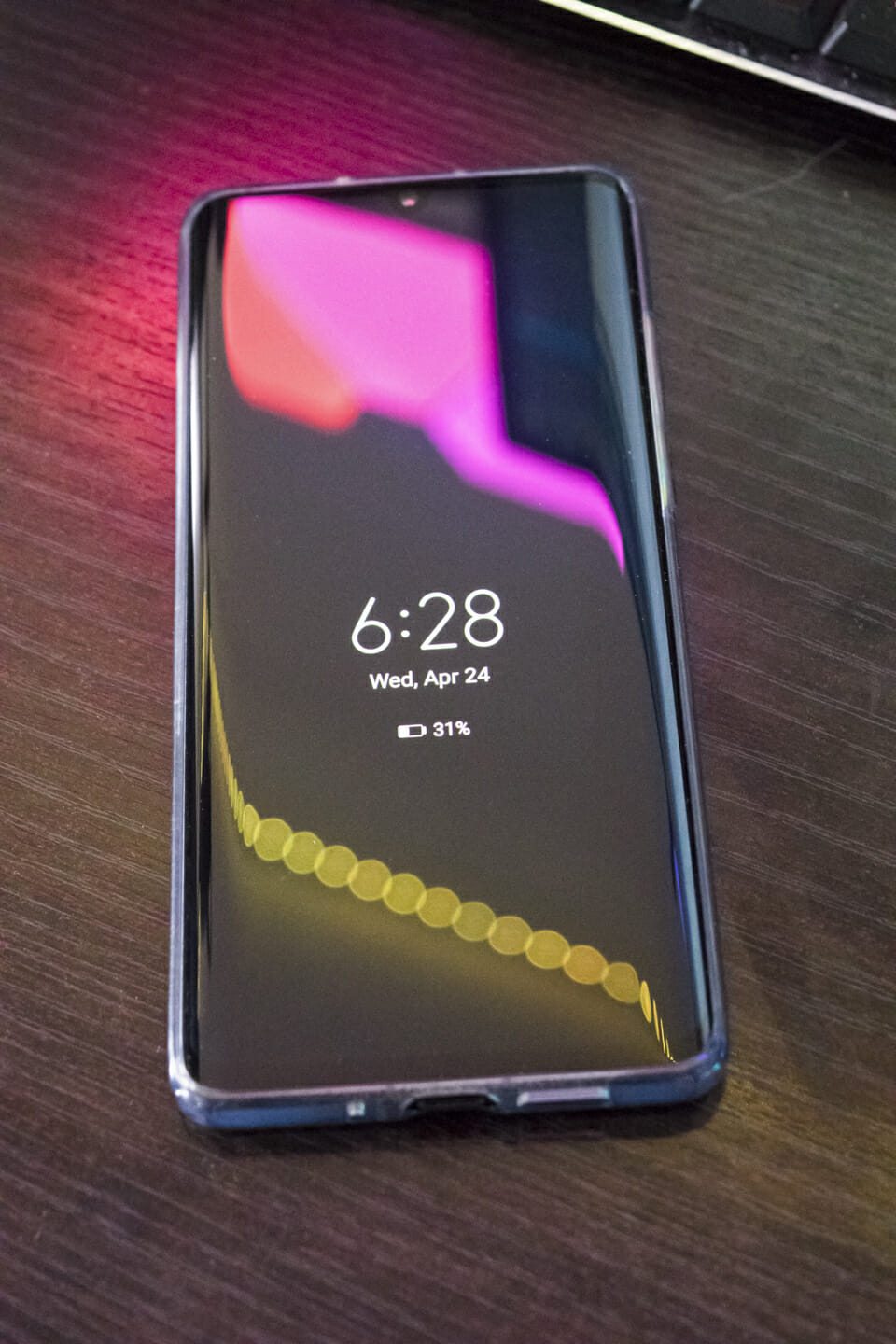 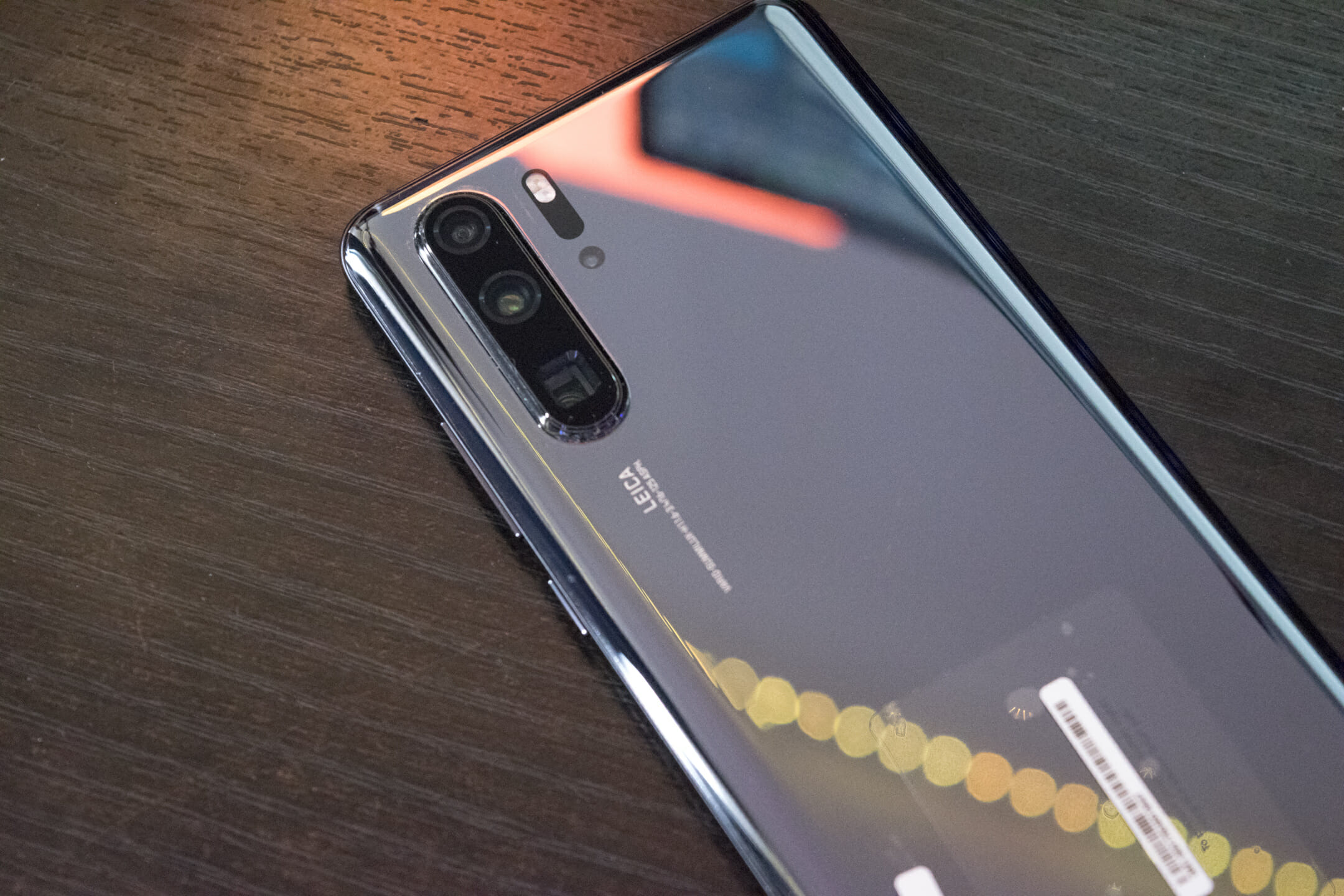 Alright, now that you have what I think are the pro’s and con’s, let’s have a look at the specification.

Huawei has completely blurred the lines between the Mate and P series by raising the bar higher almost every six months.


I’m enjoying my experience with the P30 Pro. Just shy of a month with it and I’m still in love. You can literally throw anything at it. It won’t skip a beat while you delve into your favourite game or YouTube channel.

Let’s face it you’re here for the photography. Much like any camera, we point and shoot. The greatness of the P30 Pro is taking your time and composing your shots. You will get some exquisite shots worthy of a studio.


The most noticeable feature of the Huawei P30 Pro is the notch camera and the quad-camera setup at the back. This is being headlined by an all-new 40-megapixel sensor with an f/1.6 aperture and 26mm focal length.

When it comes to doing night shots, I recommend having a very steady hand. On average the device will take a picture every few seconds for about 5 seconds to compose the night shot. Allowing it to focus and snap the picture you’re looking for.

Daylight shots are going to be really well done with some great details and nice balance on pictures. With the ability to distinguish what is what. The portraits are just stunning when capturing subjects and the details that come out are pretty flattering.

Huawei featured during their presentation the “zoom” capability of the P30. The most useful “zoom” mode is the 5x & 10x option. It’s effectively a 125mm lens that’s been stuffed into the P30 Pro’s body using a unique periscope-style folded optics.

Finally, there’s a 32-megapixel selfie camera in the tiny dewdrop notch around the front. This also comes with HDR and low-light capability. The selfies you can take are a thing of beauty. You can adjust the way the bokeh effect will look as well as the beauty aspect. 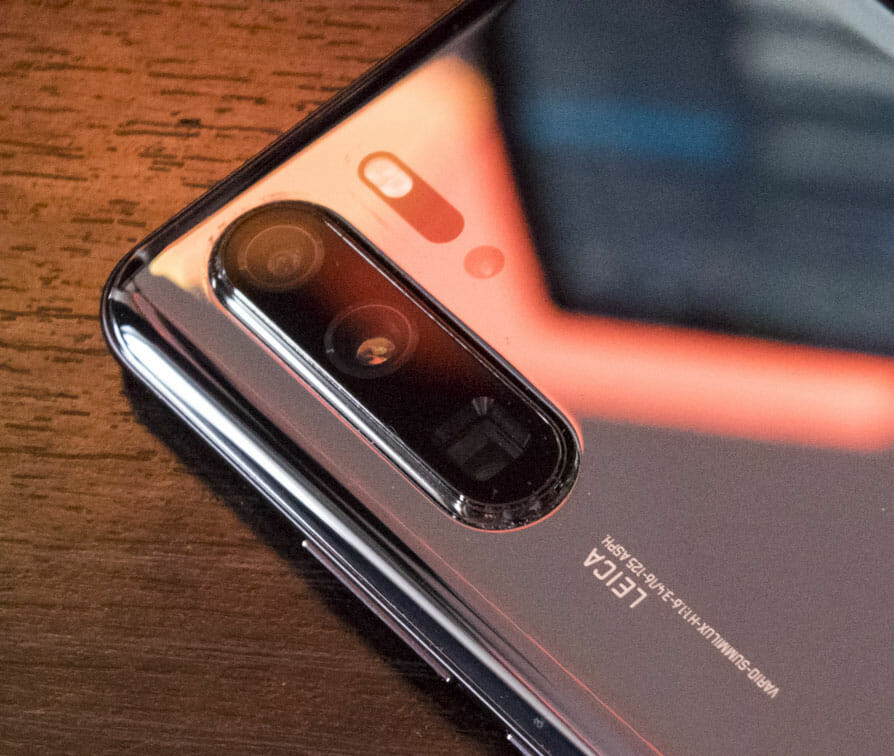 If you’d like to check out the entire photo album in more detail you can visit the flicker link to it: https://www.flickr.com/photos/[email protected]/albums/72157680054848848

As a point and shoot this is an amazing camera. The night shots could be faster like on the Pixel 3. The cameras are well balanced from where I’m standing as a consumer I’m very happy with how everything turned out. I recommend you take the time to go through the photos gallery I created to give you some different perspective on what this device is capable of doing.


There’s something special to say about the design of the P30 Pro. The breathing crystal design is as breathtaking as an iceberg. The curve edges with the display just shimmering to its edges while giving you an almost full-screen experience. Canada is only getting the breathing crystal and the black version.

Watching videos in full screen or playing games is a joy. With the OLED panel for the screen, we can enjoy some real black and richness in the colour display. Look closely at the P30 Pro’s FHD+ display and you’ll notice individual pixels are a little more distinctive. This isn’t a true “QUAD HD+”.

The metal frame and the all-around glass feel definitely translate into being a luxury smartphone. This has allowed Huawei to include wireless charging in devices as well as the ability to do reverse charging. Having an all-around glass device means that’s prone to slip easily, which is why I recommend a TPU clear gel case. Oh! Look it comes with it. 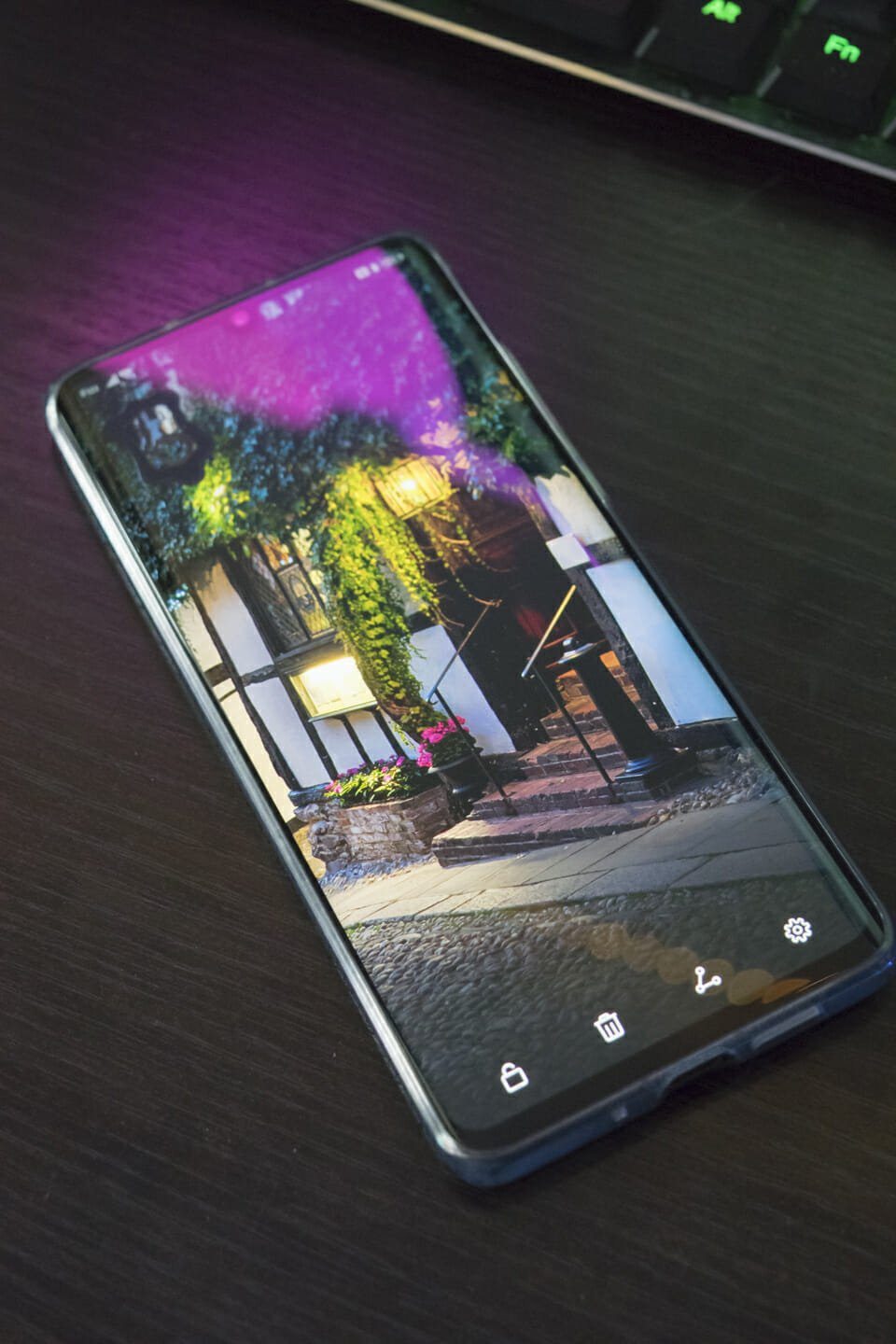 Under the hood of the P30 Pro is a Kirin 980 processor released at the end of 2018. While this isn’t the most powerful processor on the market, Huawei definitely knows how to get the most out of it. Paired with it is the Mali-G76 MP10 GPU that drives the graphical display for those hitting the games.

With the use of AI and machine-learning in its EMUI software, the phone learns over time which apps you use the most and tries to open them faster.

A whopping 8GB of RAM can be found in the P30 Pro. While I do believe that 6GB is more than enough some may disagree with me. The storage component features 2 variants in Canada; 128GB and 256GB model. I’m barely able to use 64GB, can you imagine what I can do with 256GB? I can’t.

Embedded in-display fingerprint sensor proprietary to Huawei has been included for easy access to your device. They even manage to make it faster than on the Mate 20 Pro. It’s definitely not as fast as the mainstream fingerprint sensor, but I’m hoping that Huawei will improve even more.

One more trick for the P30 Pro is the IP68 rating. This allows the Huawei P30 Pro to survive a dunk in the river, the rain and definitely dust resistant.

Average screen time is anywhere between 5-7 hours worth of usage. You will get anywhere between 30-40 hours of unplugged time. You can also if you opt for do wireless charging, Huawei does note that to achieve fast charge you need to use their QI charger.

The P30 Pro isn’t known for its mighty audio system. It lacks the ability to burst stereo music. The mono speaker does do a good job, but it’ll never compare. Having the speaker at the bottom will often translate in having it covered with your palm when watching media in the landscape position.

With the switch to this large screen and minimal bezel, Huawei has added a vibrating element to the OLED, which is how you’ll hear phone calls.

The voice calls can sometimes feel distant, but in this instant, I think it’s more an issue with the carriers and the call clarity rather than the speaker built-into the screen.

To me, this is the device to beat this year. It rivals easily with all the top flagship on the market. The one thing to remember is that you need to identify what you need and then bring your choice to a handful of devices and see which one appeals to you more. If you’re into photography with your smartphone and like raw power, you’ll be pleased with this device. 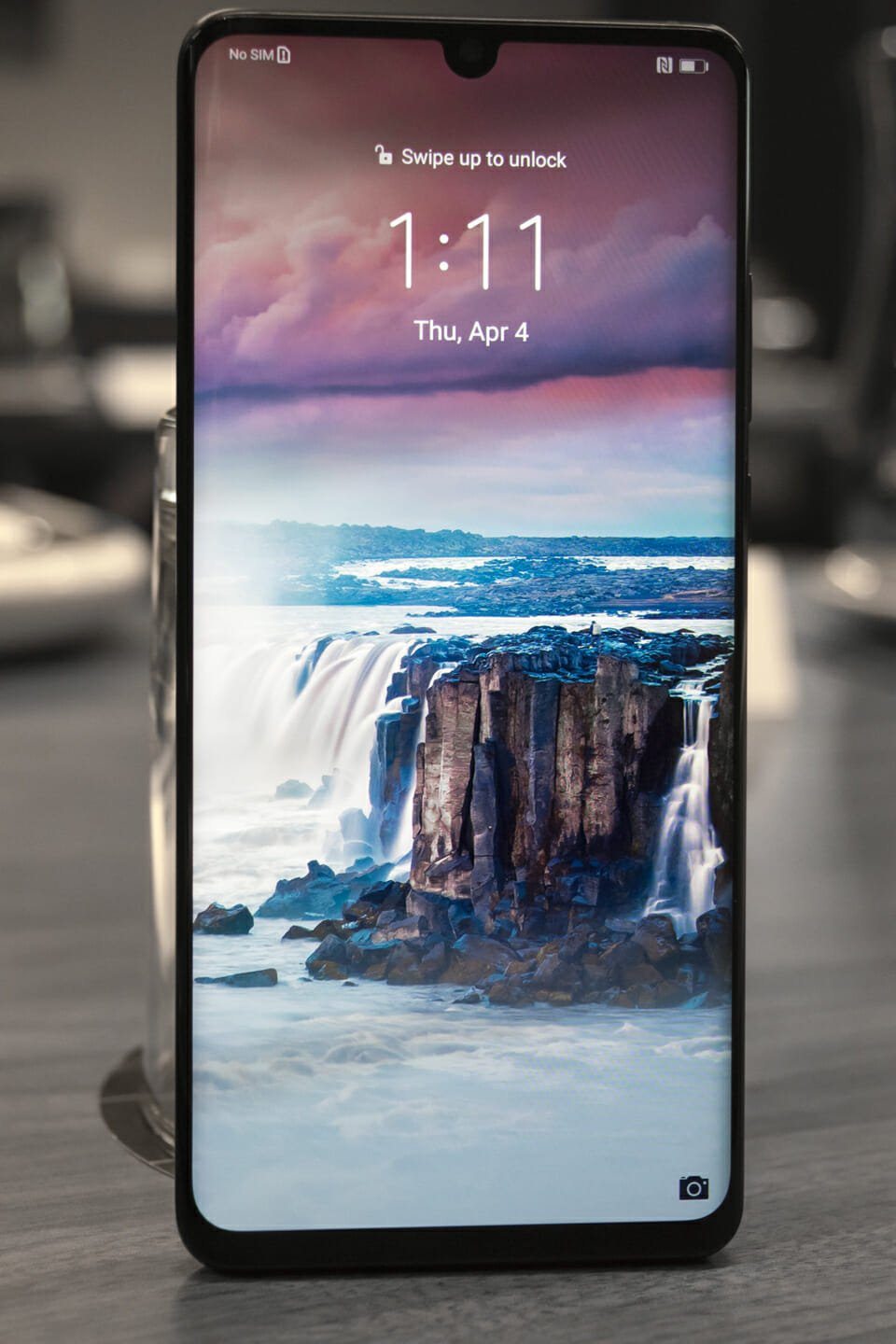 My first choice for a case is the Ringke Fusion-X for the P30 Pro as it gives it that nice bumper edge and protection with the clear TPU which allows you to still see that nice breathing crystal. It’s giving your beast some extra oomph.

For some extra storage, if you need it, there’s the Nano-Memory card by Huawei that will extend the 256GB model up to an extra 256GB giving you a whopping 512GB worth of storage.

I’d also consider adding a good solid screen protector and the one from colour is up there on the market and easy to install. The surface coverage will ensure that all aspect of the screen is covered and that the in-display fingerprint sensor will still work.

Galaxy Tab S5e & Galaxy Tab A 10.1 are now available for purchase in Canada
Next Article

What in the world happened? New look & feel?
AdBlock Detected
Our site is supported by ads, affiliate links, and sponsored content. This helps us make money to continue what we do. Please whitelist to support our site.
Okay, I'll Whitelist
Welcome Back!