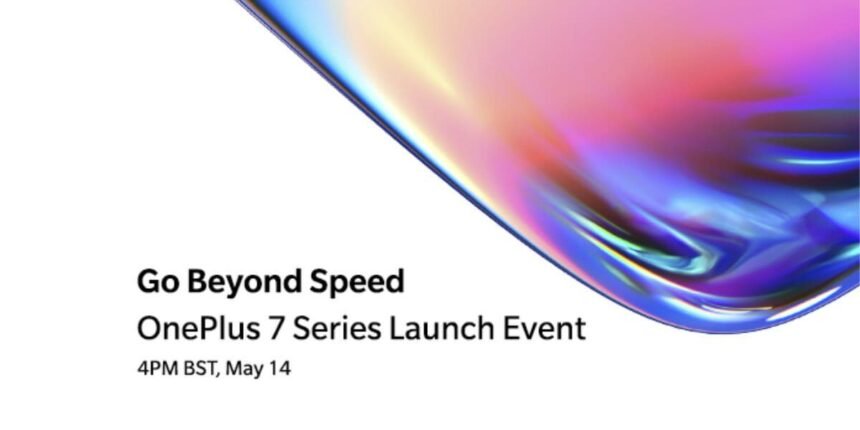 SHARE
Contents
OnePlus has released its launch event email:What do I know about “the OnePlus 7” at this present time? **(All the information comes from what’s been leaked) Can't read the articles right now? Save it for later! Subscribe to Android News & All the Bytes by entering your email — so you can read it during your downtime!

“Prepare to forever change the way you view your smartphone. On May 14th, we are unveiling what’s next for OnePlus. Join us at 4 PM BST, May 14, as we share our vision for the future of mobile technology.

Don’t miss your chance to get tickets to the OnePlus 7 Series Launch Event. Every step we’ve taken, we’ve taken with you. And we’re not changing now. Experience our latest device in person, meet the OnePlus team, and pick up exclusive swag at an exclusive event you can’t afford to miss.”

What do I know about “the OnePlus 7” at this present time? **(All the information comes from what’s been leaked)

The information points to a 3,700mAh battery included in the package as well as a 20W charging. Unlike the OnePlus 7 Pro, the OnePlus 7 will include two cameras on the back, those two cameras will be vertically-aligned, and according to the provided info, we’re looking at 48-megapixel (f/1.7 aperture) and 5-megapixel (depth sensor) cameras.

It’s looking like a 4,000mAh battery will be included in the OnePlus 7 Pro, and will support 30W Warp Charge. I personally would have liked to see a 5200 mAh battery.

Did you hear about FIZZ? What is it?
Next Article

Galaxy Tab S5e & Galaxy Tab A 10.1 are now available for purchase in Canada
AdBlock Detected
Our site is supported by ads, affiliate links, and sponsored content. This helps us make money to continue what we do. Please whitelist to support our site.
Okay, I'll Whitelist
Welcome Back!