If you haven’t already seen the previous article on the subject of a budget gaming computer you may want to head over to that article and check out it.  PART 1. The idea was to come out of this ahead of the game with some simple ideas. Build a new computer dedicated to gaming. The budget was set to a hard $1300 CAD limit. I invite you to watch the YouTube video that details the parts, the build and the result.

I won’t hash out all the details of the parts, the cost. You can read it in the previous article and or watch the YouTube video which will touch on that. I will, however, give you the list of the part and their cost based on Amazon Canada.

PCPartPicker played a big role in my decision making as it allowed me to identify what parts would work with each other and cost. Cost monitoring is fantastic. The chart provided allows for someone to see when was the parts in question were listed at their lowest price point. There are ups and down on the market when it comes to equipment and looking at this was an invaluable tool.

The motherboard needed to fit the concept of the build and I didn’t want to spend a crazy amount of money on it neither, but it needed to fairly be able to support me now and in a few years from now. Coming in just under $100 the Gigabyte GA-AB350M-Gaming 3 had a note that it was important to ensure that it would work with AMD Ryzen series 2000. This board is listed as Gen 2 and does have the needed firmware already flashed to support it.

I opted for the Ryzen 5 2600 over the Ryzen 7’s for the sheer cost. With its price point being below $220 it was a no brainer. I coupled the processor with the Cooler Master MasterAir G100M RGB Low Profile since I was trying to avoid having a big clunker of a fan that would overshadow the components in the case when it’s lit up. It’s looking pretty dope! 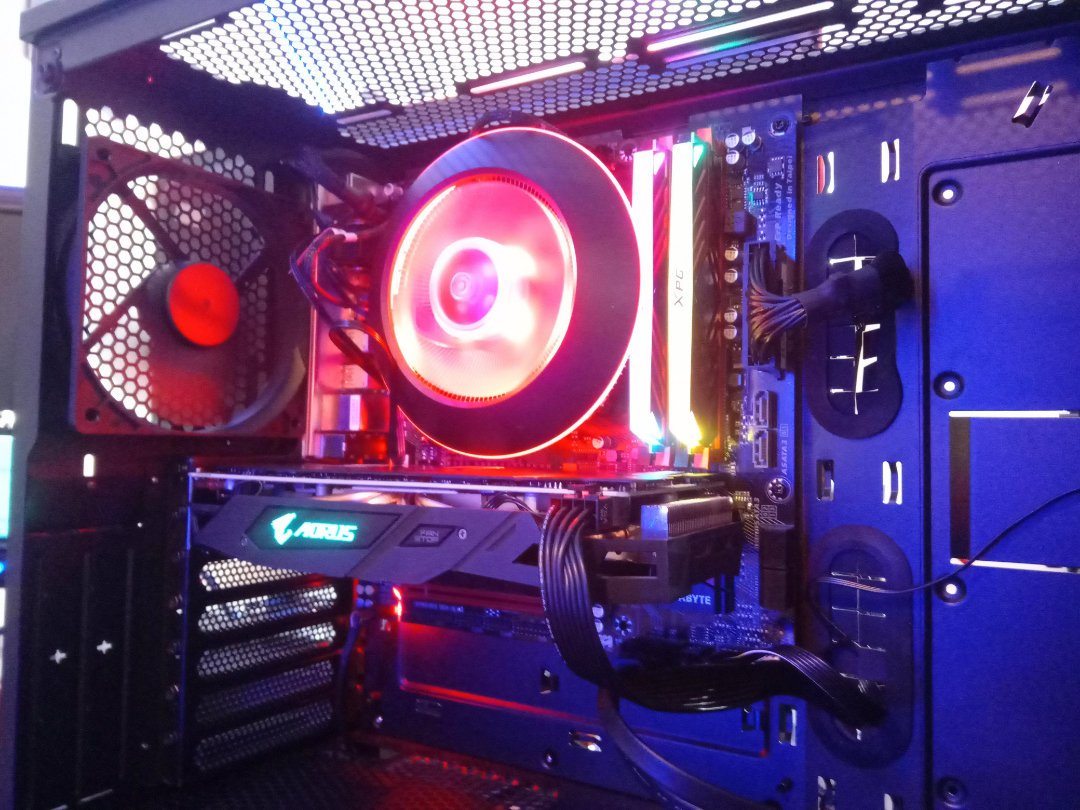 When it came down to selecting the type of memory I wanted, I kept two things in mind; 3000mhz and up, RGB. The XPG Spectrix D41 kit 8×2 gave me a bonus by presenting its heat spreader in red which provided for a nice match to the red accent colours on the motherboard.

Keeping in line with the gaming theme I wanted a decent video card that would be able to handle at minimum 1080P gaming with 60FPS. I found out that AORUS RX 580 8GB was on special for as much as $120 and gave me more oomph for my hard earned cash.

There’s no way I could complete all of this without a case that could accommodate the clean look, nice aesthetics and still be a feature piece. Looking at all my options I limited myself to $100. Corsairs Carbide SPEC-06 RGB MID-ATX tower came at the top of my list. It provided the nice RGB Led panel, plenty of room, plenty of routing cables making this feel really clean by the time the build was done. I’m still missing one part to this, the PSU! EVGA To the rescue with the 650BQ Bronze semi-modular power supply allowed this to be completely possible. 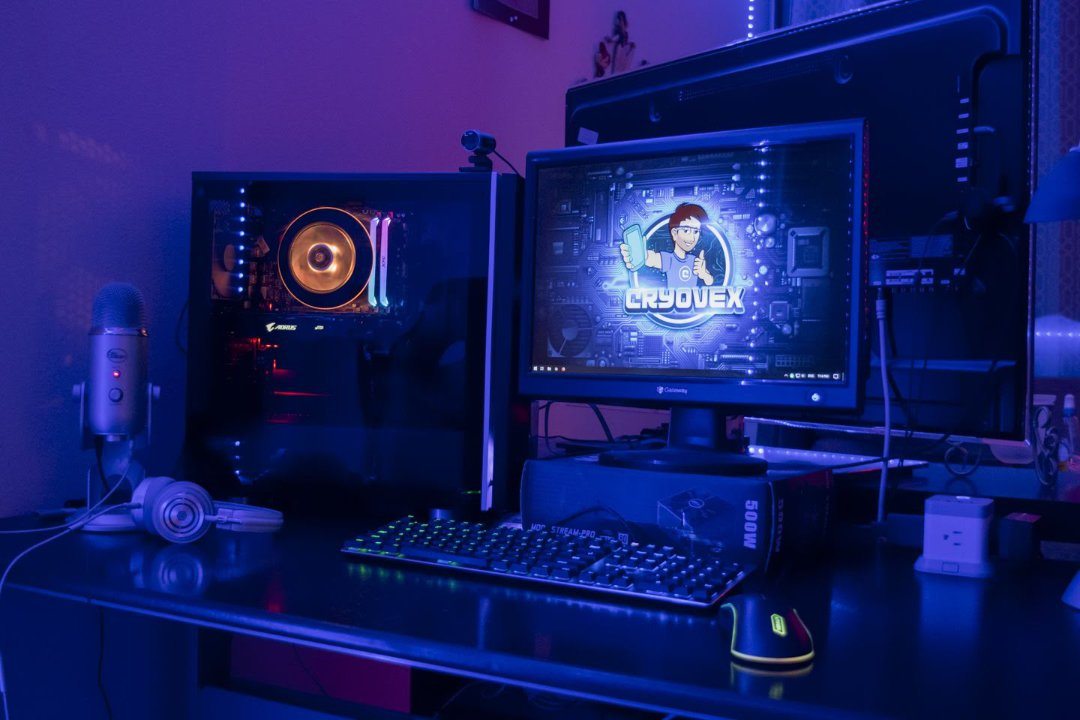 Can you build a Gaming Computer on a BUDGET? HOLD MY BEER!
Next Article

[MWC2019] Sony releases 3 devices: Sony Xperia 1, Sony Xperia 10, Sony Xperia 10 Plus
AdBlock Detected
Our site is supported by ads, affiliate links, and sponsored content. This helps us make money to continue what we do. Please whitelist to support our site.
Okay, I'll Whitelist
Welcome Back!