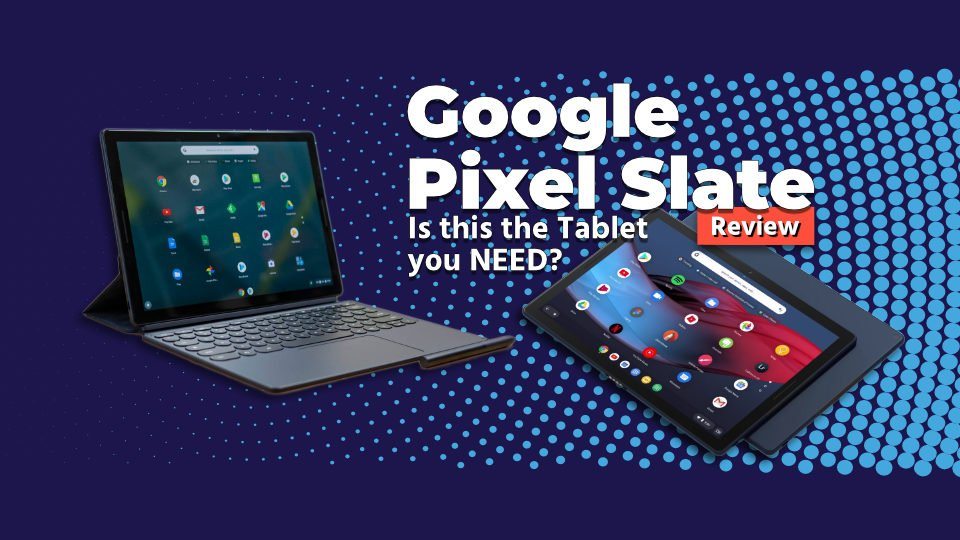 After all the wait & excitement Google finally released a tablet. Another great addition to the Google ecosystem with  8th Gen Intel Core™ i5, 8 gigs of ram & 64 gigs of storage. The product comes with a touch screen to provide you with all the basic tablet options, although sometimes the response time may take a bit of time unless you’re using a status or Google’s smartpen. The tablet has two viewing modes either the normal horizontal or vertical any tablet has but if you can attach the magnetic keyboard that Google offers then you will be able to have everything in their “laptop” which gives you the feel of a laptop but as a tablet.

The display is pretty good from what I have seen with either watching shows or even just watching YouTube. It does however take quite a bit of time when changing the settings of a video from 480p to 720p or higher. I have found that the colours of things I am watching or just on the display are quite bright and accurate I don’t see it being too low in saturation or being too oversaturated.

Now the refresh rate for me I would say is so so, it does do it quickly but again there are times where it will take a few seconds to either think or will not respond.

The audio for me for a device is usually the biggest thing as I am a very advent user of music, tv shows, movies, podcasts, etc. So if a device has not had great audio then it goes on the low end of what I want to buy. With that being said this device I would say is not bad when it comes to audio when I have headphones in, the sound is crisp and really good but I do have some problems with it.

For instance, if I had Bluetooth headphones connected to the Google Pixel Slate be it my Pixel Buds or my Beats by Dre there is always a hiccup of it either not connecting right away or it will start to cut out of I start to move my head to the left or right.

When it comes to the battery life of the Slate I feel like it is a hit or miss when it comes to this. What I mean by that is that I had the device at about 82% today before doing a video appointment and then leaving it in sleep mode the rest of the day. While using an app to do more audio and videoing the battery went down to 20%.

Now I get that what I am doing on this tablet is battery-consuming applications but I would think that it could at least have a higher percentage from 10 am to 6 pm without having to be charged. Another issue is the amount it takes to charge the Slate, with using the charger that Google provides and it still takes a long time to be charged.

I would say with the provided charger and not using the product while charging it takes about 2 hours to get to 100% battery but if I am using the tablet for watching a show while plugged in, it usually takes about 4 hours to get up to 100%.

The camera on the slate is pretty good for taking pictures either with the front-facing camera for selfies or the back camera for any other kind of pictures. But unfortunately, unless it is on a stand it doesn’t do well to take pictures while within your hands as it does not have any stabilization for those with shaky hands.

With all of that said and done the Google Pixel Slate is not a bad tablet for around the $1200 mark as it deliveries well on screen and somewhat on speed. But it lacks when it comes to battery life and audio and the camera is only good when it is attached to something else.

One thing I hope Google provides is some more accessories included with their tablets like the smartpen and keyboard cause I feel without those accessories this tablet is hard to use in your hands them.

You can find other related reviews here.

Obsessed with technology, have used every phone that has been available within the North American market & love experimenting with all kinds of different tech. Usually, you can find me around Halifax & Dartmouth, Nova Scotia.