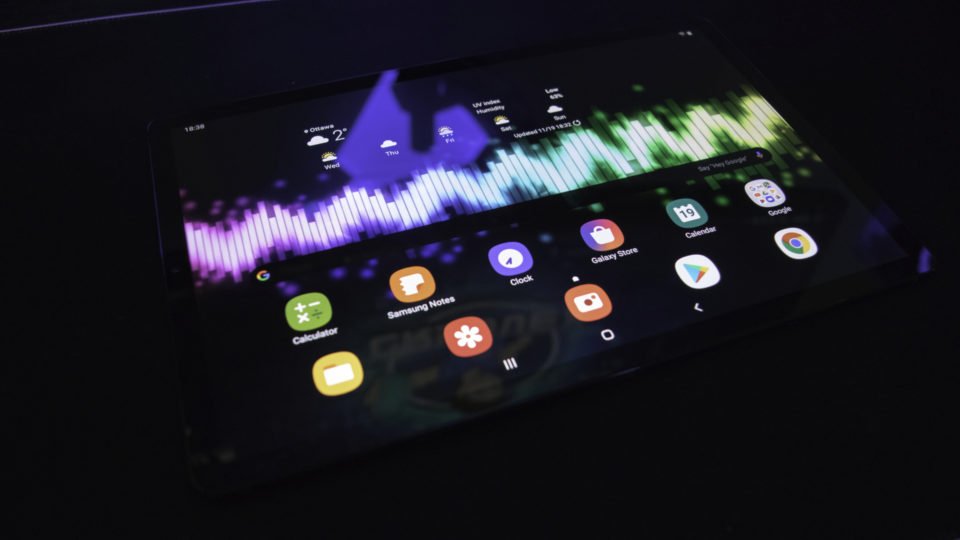 If you’re looking for an Android Tablet I would highly consider taking a look at the Galaxy Tab S5e by Samsung. It offers a well-balanced bang for what you get. It’s definitely on the higher-end of the scale when it comes to pricing. The Samsung Galaxy Tab S5e will set you back $649.99 for the 128GB model.

Samsung's Galaxy Tab S5e delivers a balance between being a good entertainment device and a productivity tool. You can achieve a bundle of work done while enjoying the latest and greatest shows on Netflix. The display, the design, the audio, the battery and performance is sure to keep you going. I do have to say that I do think the 128GB model isn't priced competitively. I would see this device more in the $499.99 range. 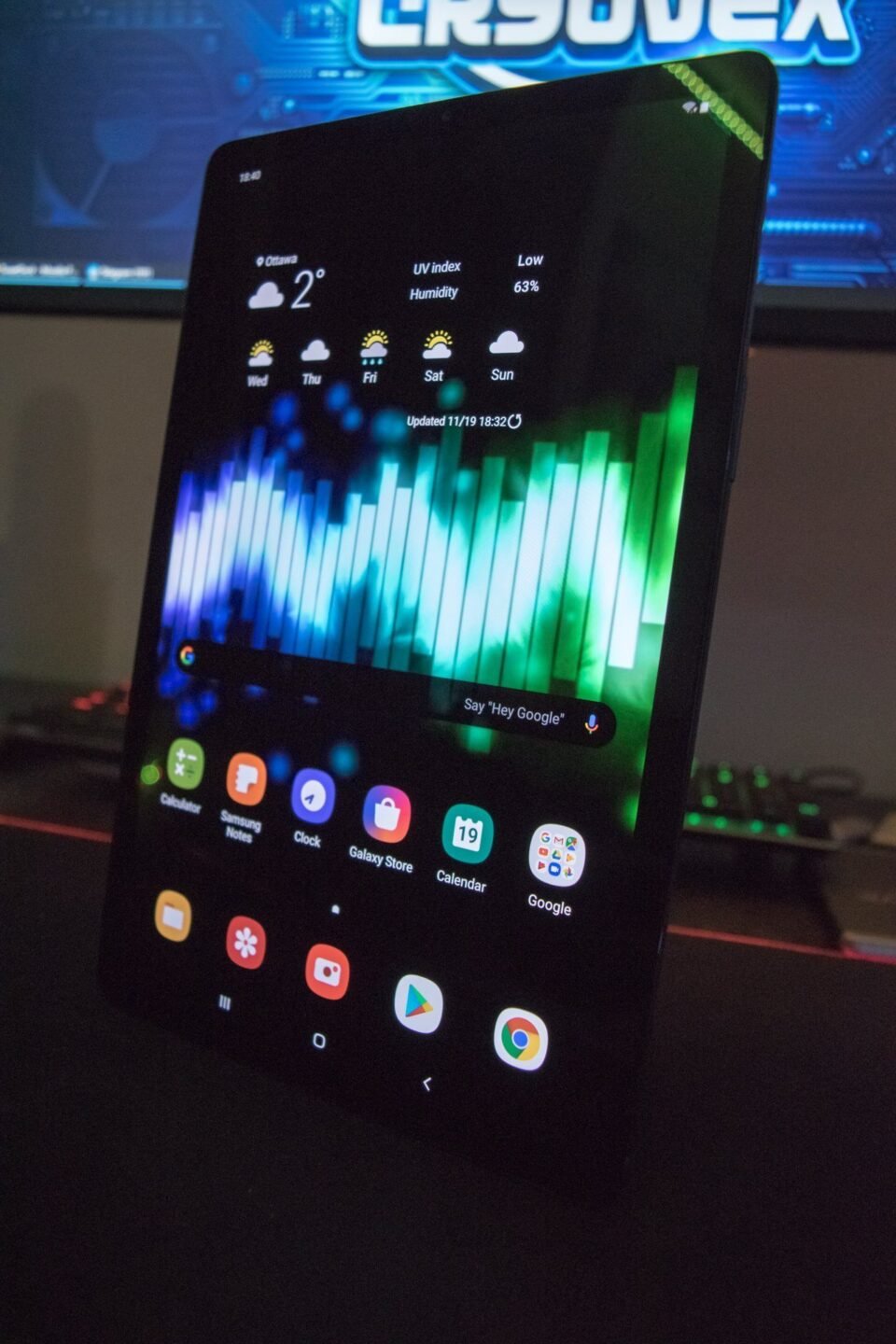 Tab S5e follows through with the vision that Samsung has been building into its various devices. It’s a sleek and lightweight tablet. You can easily hold this in your hands for several hours without being fatigued.

The keyboard accessory (sold separately) that you can attach to it gives it the look of a slim notebook. This allows for some versatility in the use that someone like myself can make of it.

It measures 245 x 160 x 5.5mm, making it one of the thinnest tablets on the market. You’ll find yourself missing the audio 3.5mm jack for analog sound. You’ll need to suffer the dongle lifestyle.

The metal unibody provides a rigid premium touch and feels to it, but there’s no escaping the fact that the rear looks very bland. So the back eventually fails to offer a richness to the aesthetics.

This is a 10.5-inch AMOLED screen, so it’s bright, bold and rich-looking. Excellent experience viewing content on this. It offers a bit more than other devices in its class.

What would have added value to the Tab S5e is its own stylus! Making this the perfect mesh of entertainment, productivity and design tool. To me, this sounds like an elegant way of falling short of a great tablet.

There’s a squarish camera module on the top left, a chrome Samsung logo in the middle and AKG branding at the bottom of the rear of the tab. AKG has fine-tuned all four speakers on the Tab S5e which drives some pretty impressive sounds. 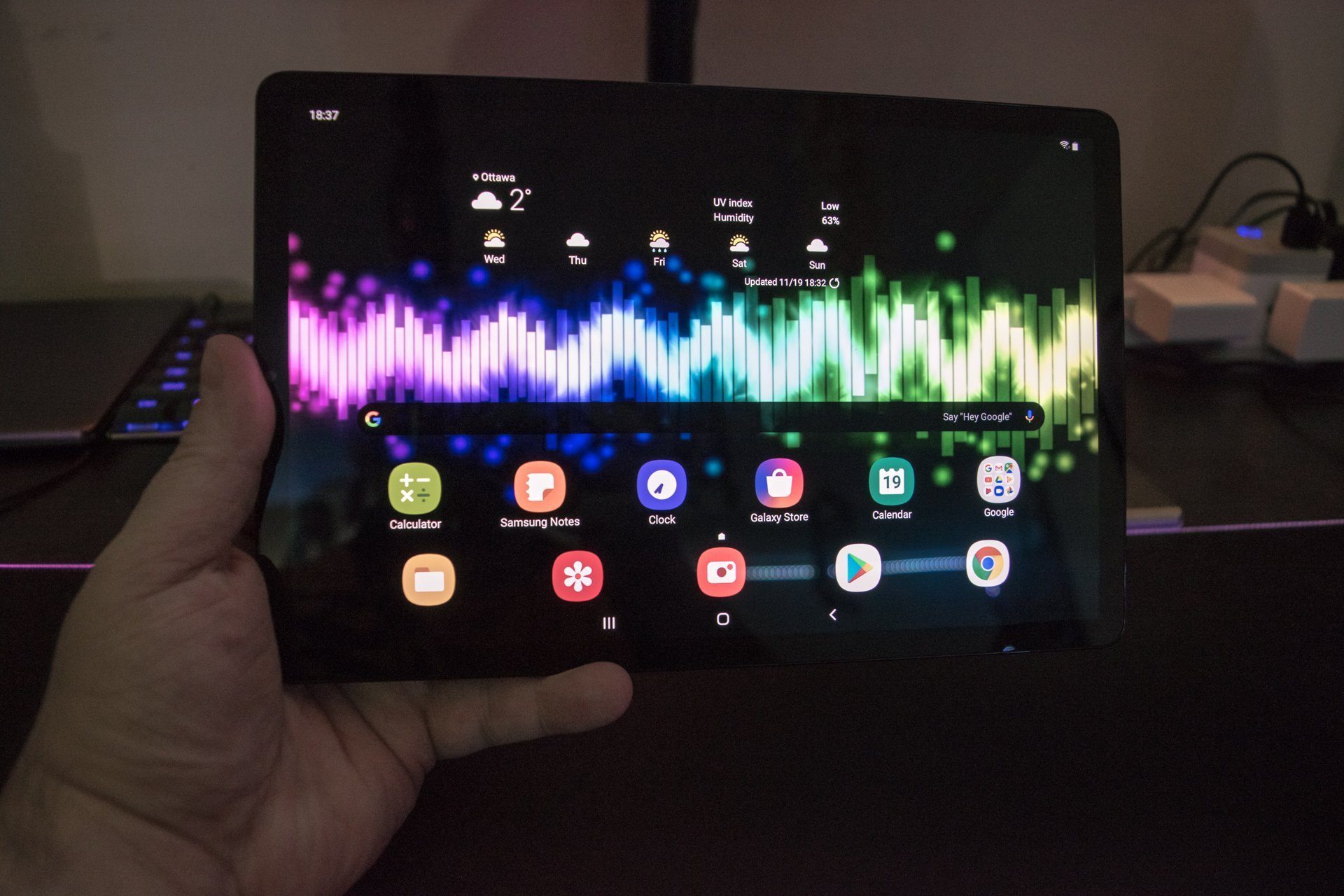 The Samsung Galaxy Tab S5e has a mid-range Qualcomm CPU, the Snapdragon 670. This processor is plenty powerful to do just about anything you’re likely to want. Running with 6GB of memory you won’t find it short of being on top of things when it comes to app management. This could largely be because of the OneUI and the newer memory management system that Samsung has adopted over the years.

This is the 128GB model of the Samsung Galaxy Tab S5e which provides ample storage for everything I might require. Using the latest in terms of storage technology reading and writing to the NAND flash memory is quite fast.

Go ahead, load PUBG with full resolution for your graphics, you won’t be disappointed.

There’s a 13MP rear camera on the Galaxy Tab S5e along with an 8MP selfie. It can come in handy for calls and casual photographs but don’t expect to become a photography celeb overnight. I don’t see the attraction to cameras on tablets, but, I keep saying plenty of people using them as main cameras.

The pictures are ok for web use such as posting on Facebook, Twitter but nothing earth-shattering by any stretch.

Maybe something could consider implementing something that would wow people and maybe revive the tablet market more?

Coming with a massive battery hitting the 7040 mAh marker, Samsung plans to deliver nearly 13-hours of use. In the most use case, I’ve come close to that 13-hours of usage. This included YouTube, music, gaming, email, a bunch of documents, chatting, video calls. I wonder how a teenager would fare…

Using this tablet like I would a notebook proved that tablet still holds a valid place in everyday life. Nothing as compared to Apple’s iPads.

The Tab S5e does offer its fast adaptive charging capability but not what you’d expect in terms of charge time as you would on the Note 10.

Loaded with Android 9 and with the latest in terms of security patches the Tab S5e offers some unique features. The use of Dex gives you the ability to run like a desktop system providing you with great a working experience.

The device is made to handle the harsh multitasking you may need to be doing at any moment. Being part of the Samsung family gives you plenty of access to tools, software and more from the Galaxy Store as you’ve come to expect. 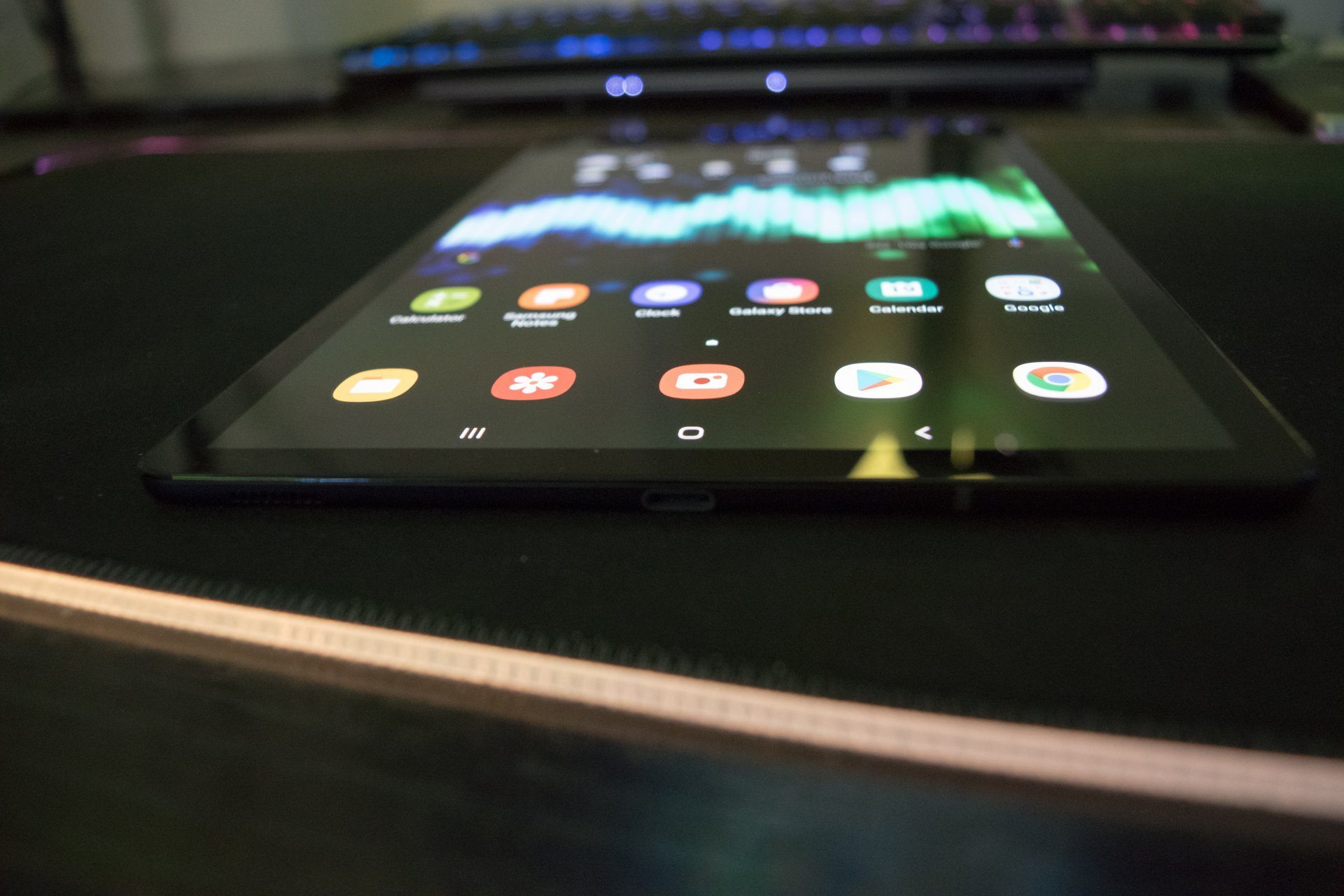 Except for watching TV shows, movies and or listening to music, I struggle at why we still have tablets. On the one hand, they are also great devices for productivity. You can easily attach a keyboard via the pogo pins, get yourself a Bluetooth mouse and turn your world upside-down with Dex to get some work done.

The fact that we don’t have a dedicated stylus and all the S-Pen features are missing is also a sore point for Samsungs Tablet world. Giving that a lot of things can be achieved with a proper pen and functions it would make this an ideal work tablet for design.