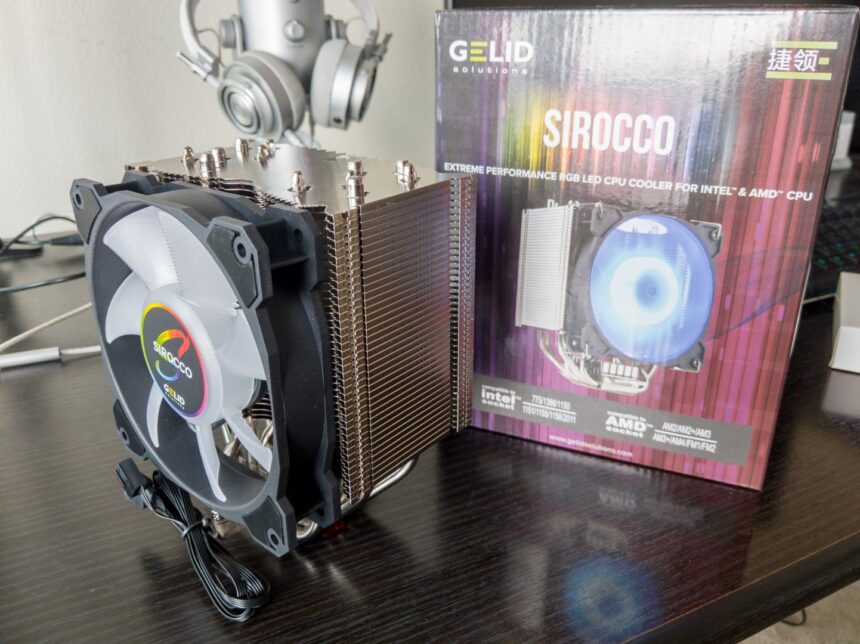 SHARE
Contents
GELID Sirocco IntroSupported ProcessorsIntelAMDGELID Sirocco Features:Can't read the articles right now? Save it for later! Subscribe to Android News & All the Bytes by entering your email — so you can read it during your downtime!

Single CPU Cooler GELID Sirocco keeps its cool factor! The latest single-tower CPU cooler from GELID’s lineup is hitting hard. What everyone is looking to know is how well it performed. Gelid Sirocco CPU Cooler will fit most of AMD’s and Intel’s sockets. 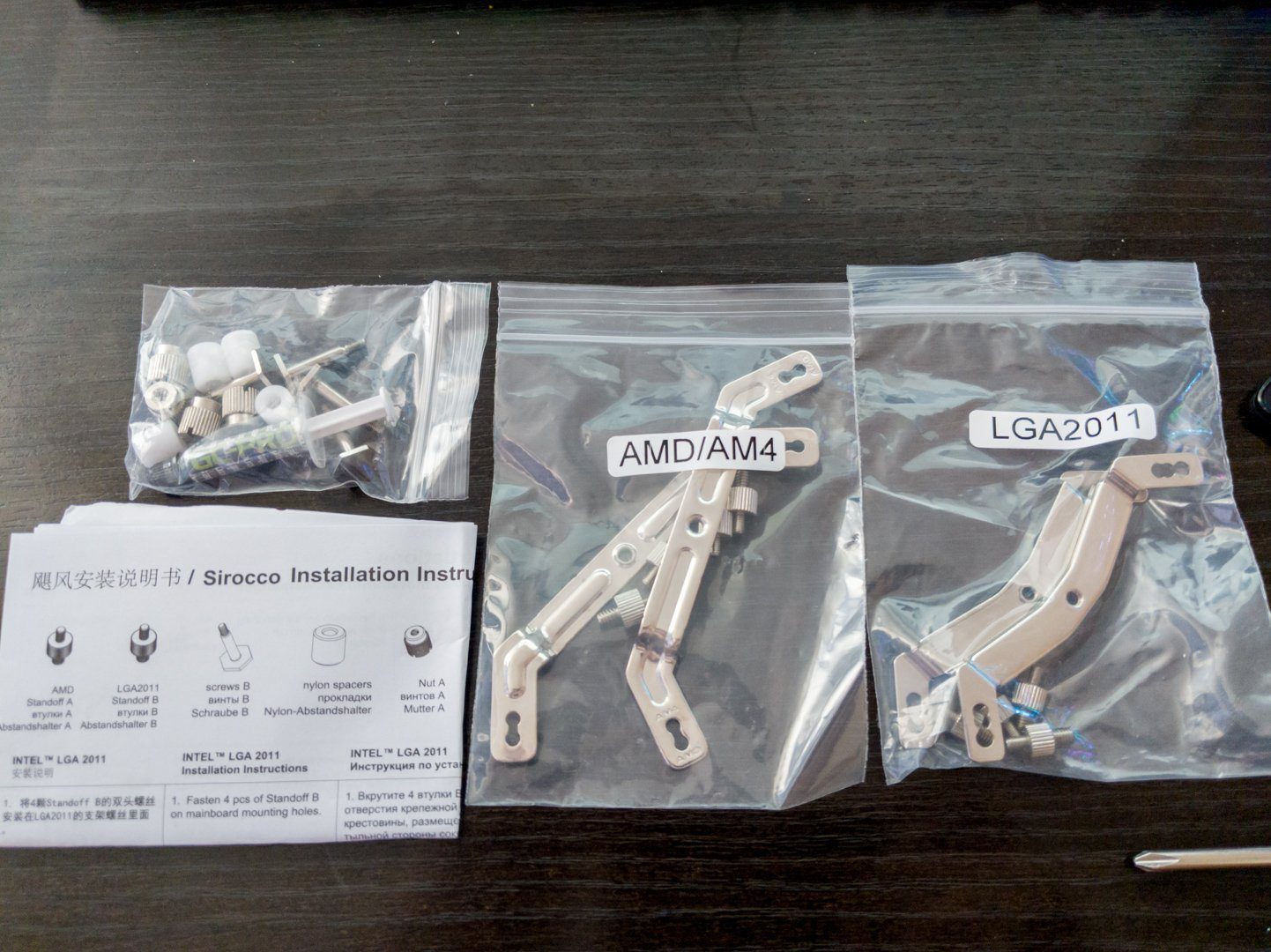 GELID Sirocco is compatible with most modern CPU sockets from both Intel and AMD, such as LGA 115x, LGA 2011 and AM4. 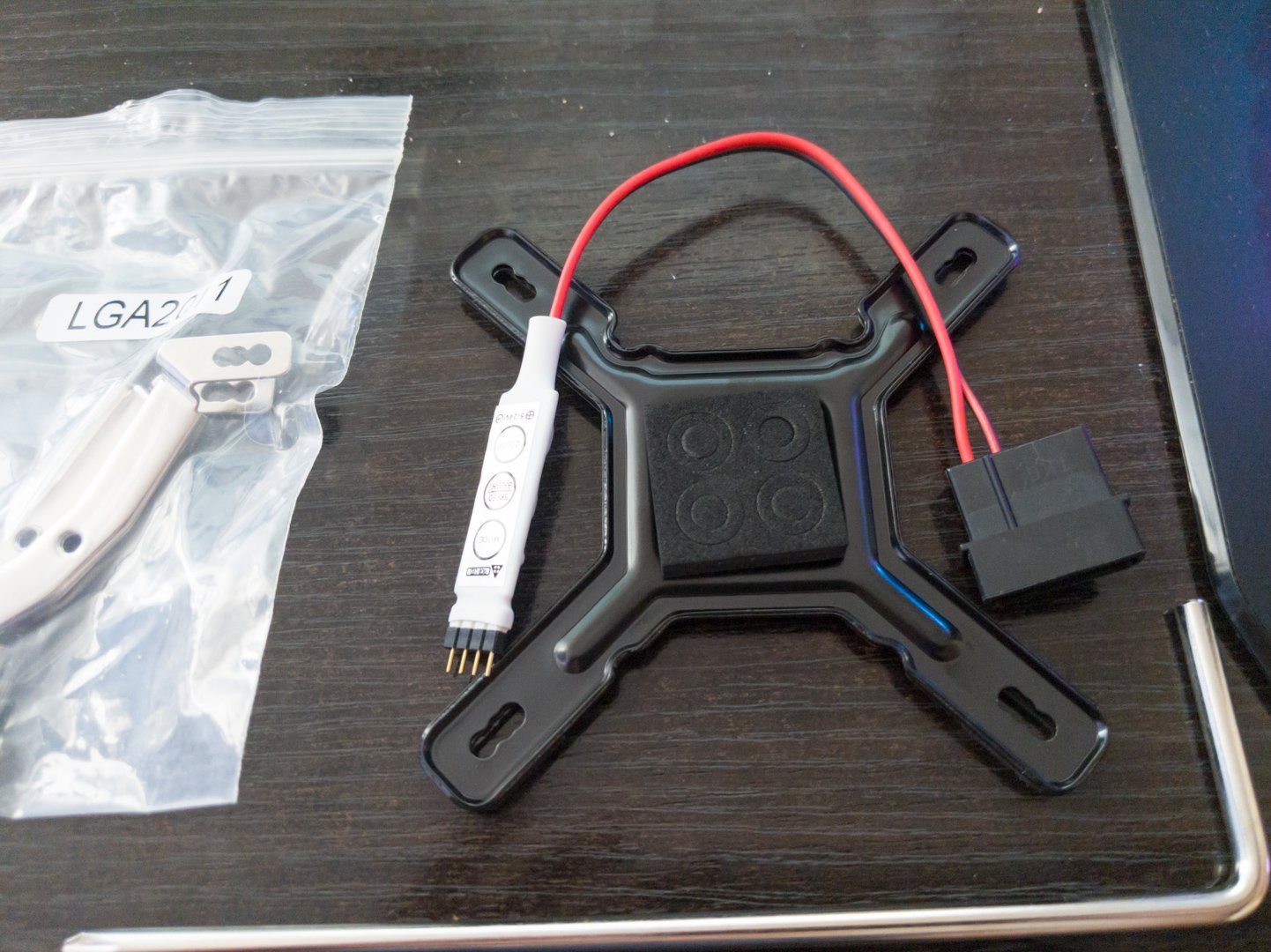 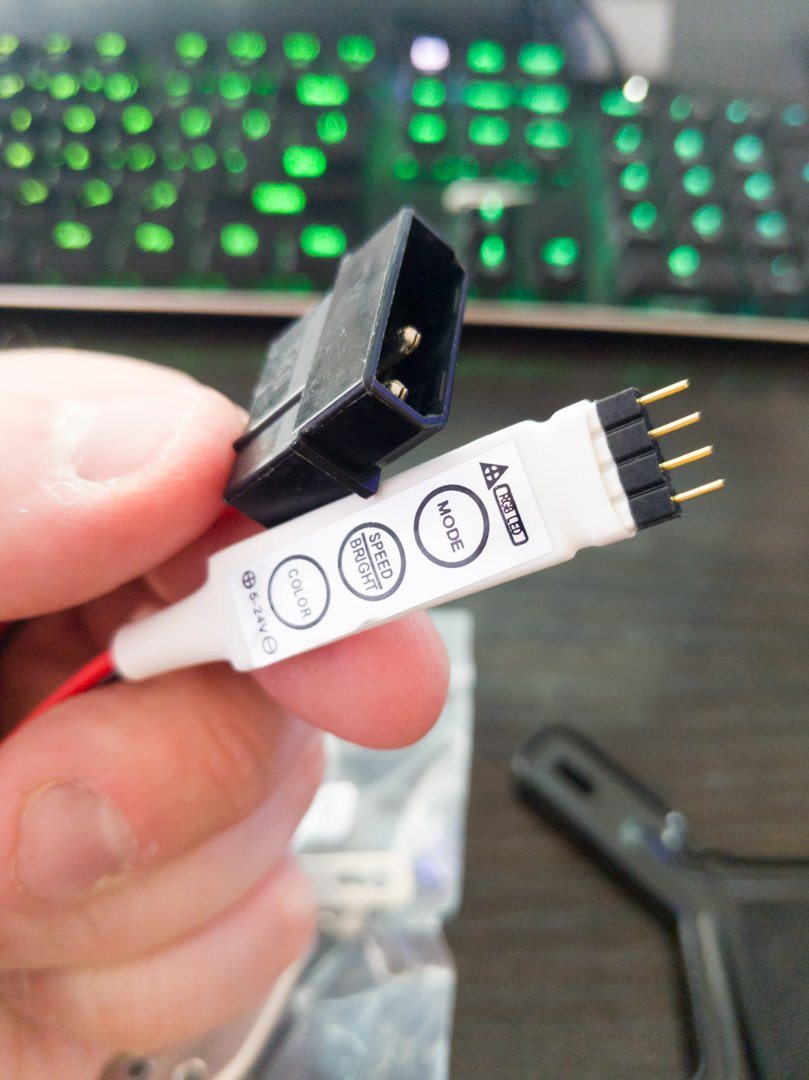 If your mobo doesn’t have a 12v RGB LED header, a simple Molex-powered RGB controller is included in the package. The provided Molex adapter offers control linked to it. 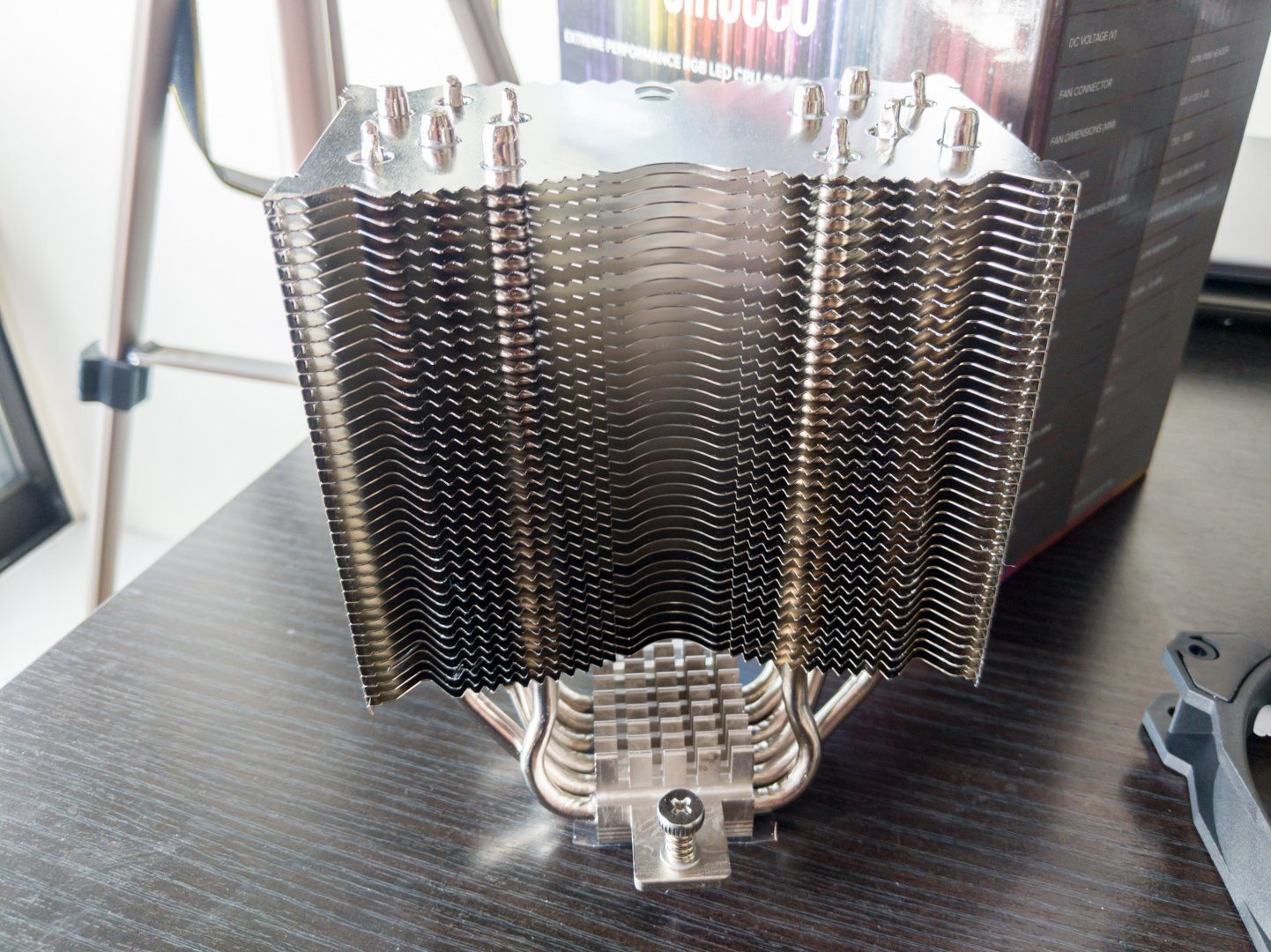 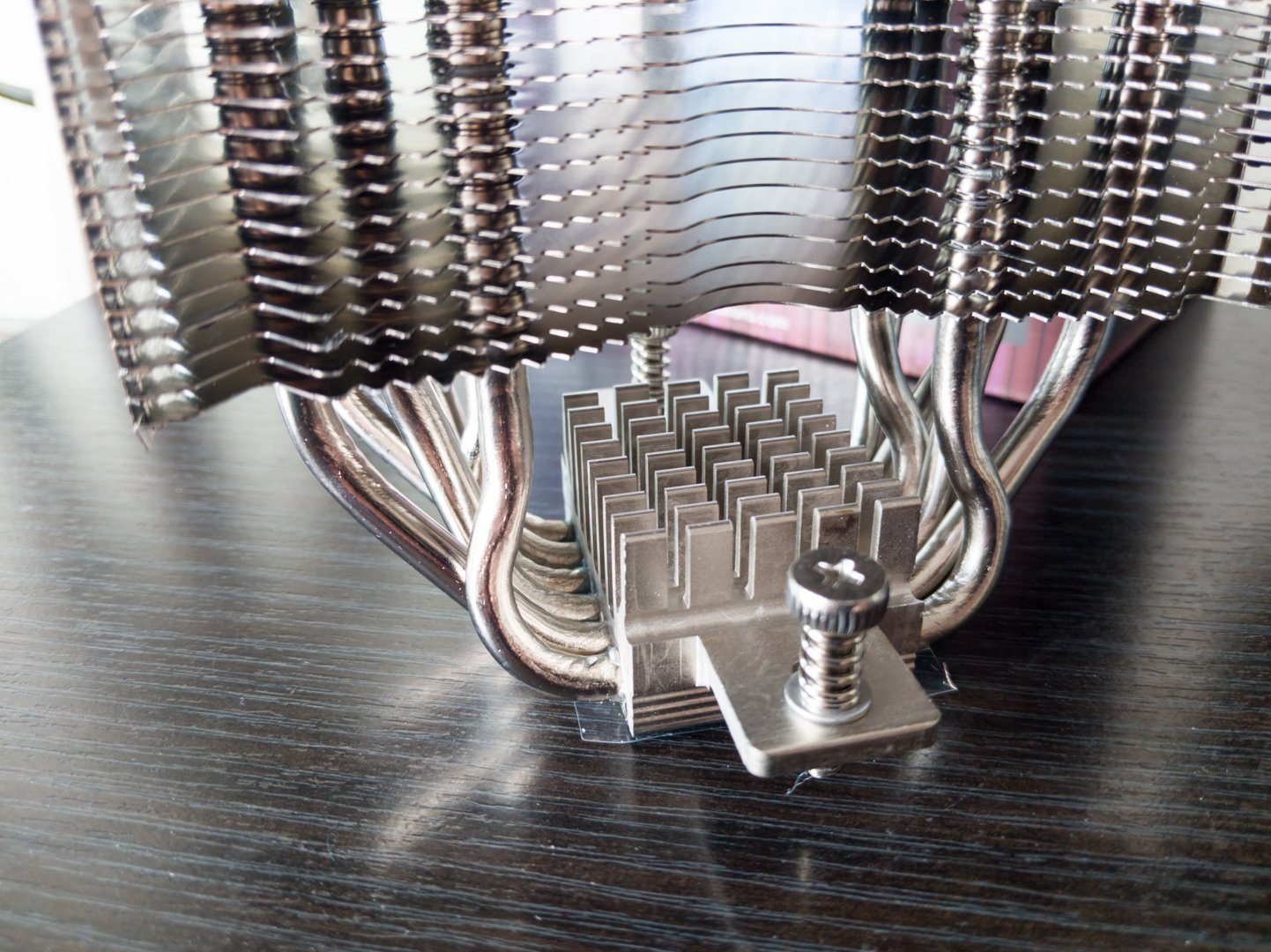 One of the good things is that with the new design implementation, RAM sticks with tall heat spreaders have all the clearance they need. The Sirocco is the perfect addition to any system. If you take a close look at the heat pipes you can easily how well dispersed they are in the cooler. This allows for better dissipation of the heat generated by the CPU. 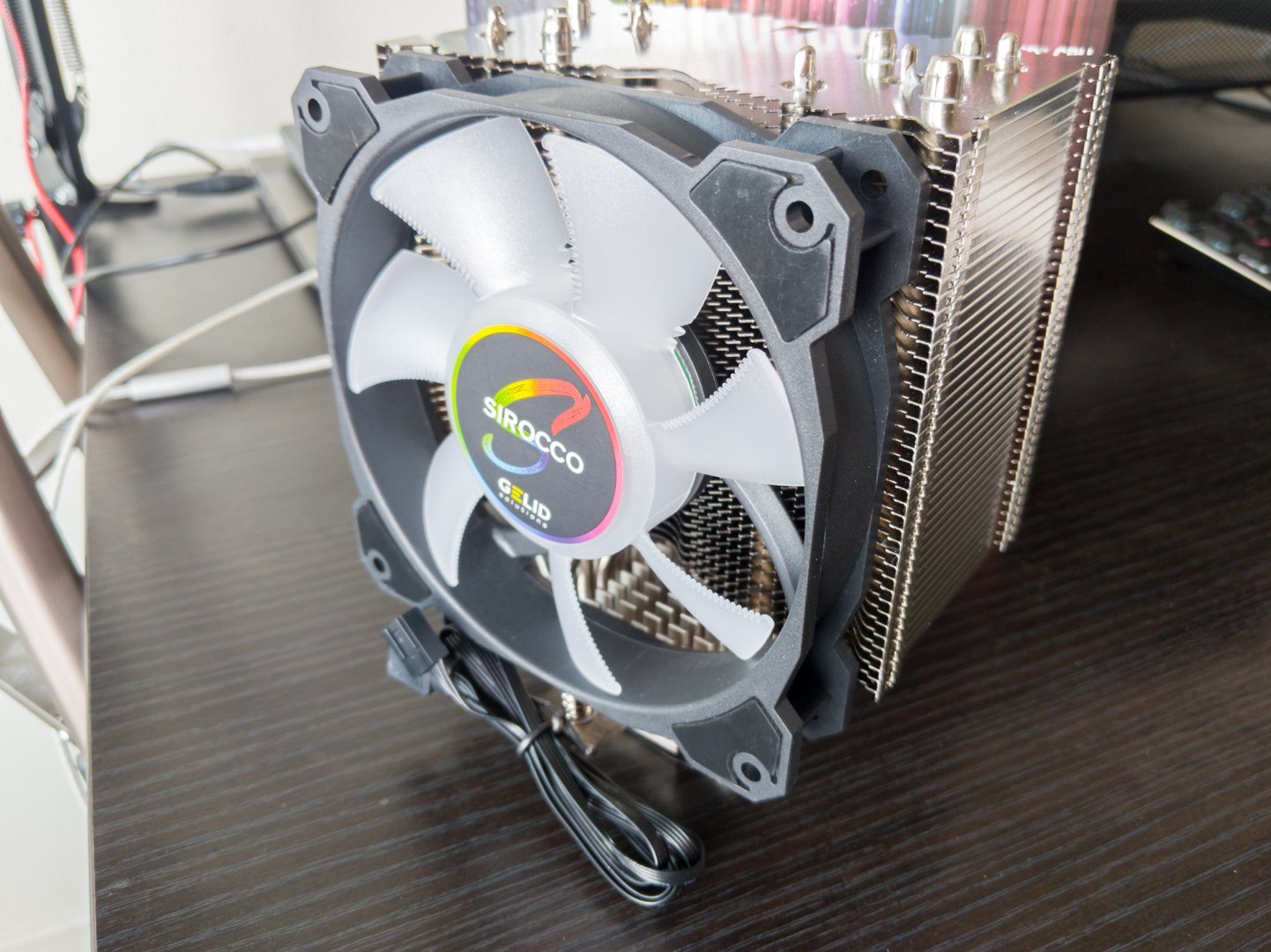 The included Radiant fan with the cooler will ensure that you get the maximum amount of airflow while providing some interesting RGB illumination effect. The drives itself to 1800 RPM versus the typical 2000 RPM we normally see. The 7 blades shark-tooth design allows for better airflow. Around the edges of the motor, you’ll be delighted to see that there’s a total of 9 LED’s which drives this colourful fan.

The speeds for the fan are controlled via a 4-pin PWM fan header, while the other 4-pin 12v RGB LED header is responsible for the lighting effects. In case you don’t have the 12v header you can use the adapter provided in the kit. The small anti-vibration rubber pad inside the box can be placed on each corner to prevent rattling noise between the heatsink and the fan frame.

Let’s have an overview of the coolers performance.

To test out the performance and how well it can cool AIDA64 is used to run a CPU stress test. Cinebench R15 is used to simulate real-world CPU load (like video-editing or rendering). It will be run continuously for three times. The highest CPU package temperatures are recorded. The ambient temperature is around 21°C.

Cinebench R15 provides a more realistic real-world situation, which produces less heat than the stress test. The maximum CPU temperature was sitting at 51°C, with the fan set to 50% speed. Higher fan speed yielded a 2°C reduction in temperature at 49°C.

GELID Sirocco CPU Cooler did very well compared to other coolers in the same class. The performance and cooling ability we’re slightly similar or better in some cases. Compared to the top TIER brands that everyone loves and typically gets, this is on par if not better. The difference is not “crazy” substantial, but you do get some pretty good results.

The included Radiant fan drives lots of airflows. The fan was as smooth as the operator, the noise was kept to a low level. Fan noises were noticeable when driving the RPM to its maximum. The 9 LEDs installed on the fan provides pleasant lighting effects, with bright and vivid colours.

Coming in at $69.95 from Amazon the price is within reason for this calibre of cooler. 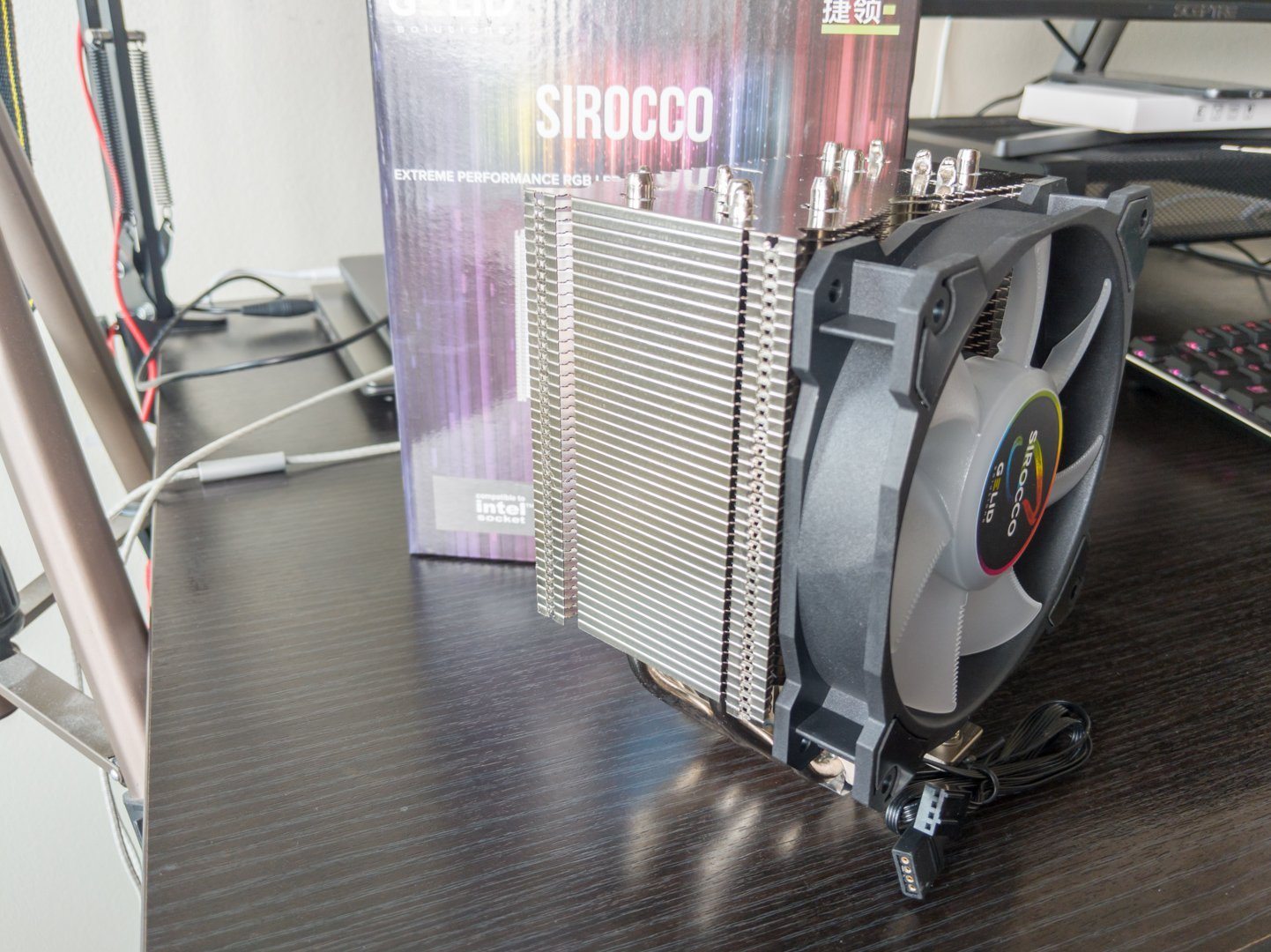 Interested in more hardware reviews? Check out the Hardware section!

Black Shark Pro 2 poised to be The Best Portable Gaming Station
AdBlock Detected
Our site is supported by ads, affiliate links, and sponsored content. This helps us make money to continue what we do. Please whitelist to support our site.
Okay, I'll Whitelist
Welcome Back!