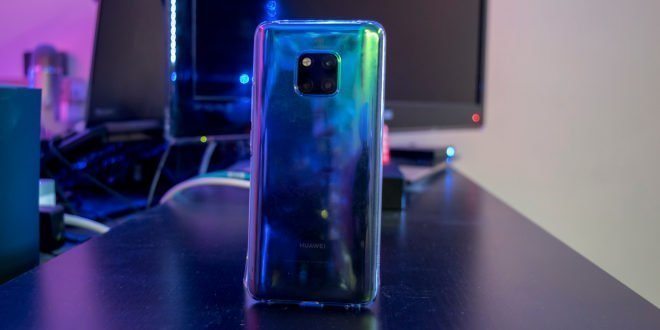 Huawei’s is at the forefront of smartphone technology just like Samsung, Google, Apple and plenty of other big players. The Mate 20 Pro is bringing this to a whole new level for a smartphone. The Mate 20 Pro demonstrates what can be done in the smartphone world quite well. Arguably one of the best smartphone in 2018.

The Huawei Mate 20 Pro might be a smartphone to consider, but the carrier that carries it might be something to check into as well. Rogers offers the Mate 20 Pro for $1199.99 at retail cost while you can get it at Bell for $1299.99 and Telus for $1315. You can clearly see that the Canadian carriers have no idea what in the world they are doing when it comes to the device pricing.

Let’s just dive into the review before I get carried away!

Best looking smartphone yet coming out of Huawei. It’s definitely taking some pointers from Samsung’s curvature screen but offers enough individuality to stand out. It’s likely one of the slickest phones of 2018. This gorgeous 6.39-inch display offers some of the best viewing experience a display can offer. It does feel smaller in one’s hands due to the full screen and small bezel experience. A nice balance framed contour offers it that premium must have in a smartphone.

The USB-C is the only port on the Huawei Mate 20 Pro; there’s no headphone jack here. There is, however, an IR blaster on the top for controlling a TV or any other IR devices.

What would you say to a fingerprint scanner beneath the phone’s OLED display? Offering a much cleaner looking device for any would-be buyer! However, note that you’ll have to press down far harder than you’d do on a standard fingerprint sensor, and it isn’t quite as reliable or should I say slow? This will only get better in time!

Instead of simply using the front camera to determine it’s you, unlike how it’s been done on the iPhone, the Mate 20 Pro builds a depth map of your face using an IR emitter, dot projector and the 24-megapixel camera. Making this a whole lot more complicated to bypass and unlock the phone. 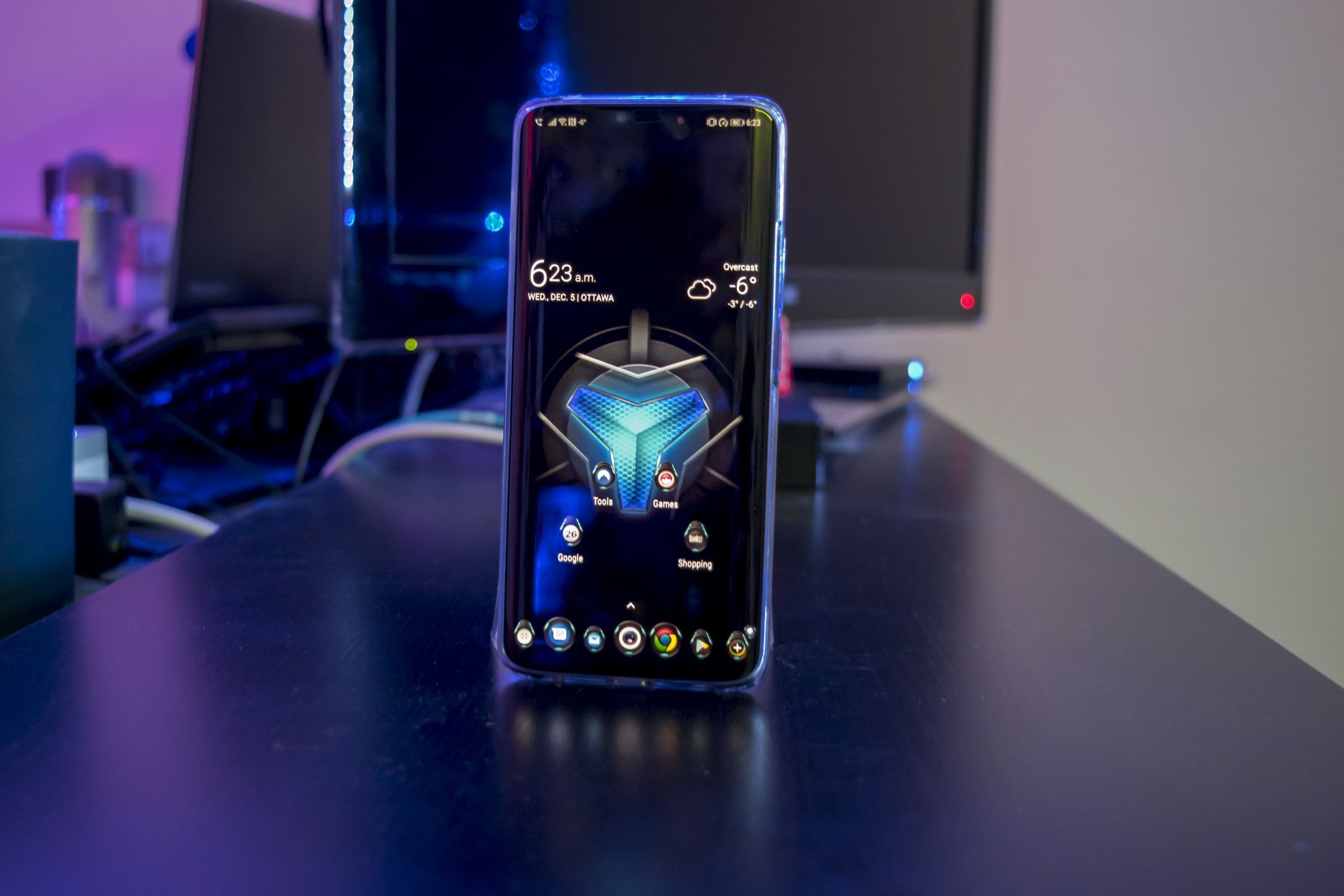 
The screen on this device is just phenomenal. A full 6.39-inch OLED screen with rounded corners giving it that sleek look. Great in low-light and in direct sunlight for the best viewing experience.

Plenty of tweaking can be done to the colour performance, making it cooler, warmer or enabling ‘Vivid’ mode to boost saturation. Netflix or Amazon Prime don’t currently support the Mate 20 Pro’s display specifically which means lack of HDR. Take a spin on YouTube for some really crazy HDR videos if you want the full effect.

This device is powered by the latest from Huawei, the Kirin 980 processor. Huawei is one of those companies just like Apple who develop their own processor. This has for effect of being able to deliver a balance between hardware and software. The processor here remains an eight-core unit, just like the previous Kirin 970. It’s been designed to use four low-powered, two medium, and two high-powered cores – each responsible for specific tasks.

The Kirin 980 wouldn’t be complete without its graphics processor the Mali G76 MP10 which is made for the gamer in many of us. You can load any of the trending MMO’s and or graphics-intensive 3D games that some are into and you’ll be at the top of your game.

The device is loaded with 6GB of RAM, 128GB of storage right from the start, which will ensure that you’ll be blazing fast even in the next 18-months. With the storage being what it is by default this lets you store plenty of pictures, music, games and more.

Huawei Mate 20 Pro – The software behind this magic beast

Many reviewers are having some real issue understanding EMUI 9, I personally have no trouble working with it. I’m used to the style. I’ve also been immersed in the Asian device market and it’s something that’s familiar to me. I won’t argue that it’s sometimes hard to find one specific setting, but that’s in itself is a pretty rare occurrence. Take a look at the interface design overall.

One of my greatest grip and EMUI is the inability to interact properly with notifications on the lockscreen. It seems to still be something that lacks. Initially one could potentially find themselves lost with this device, but when you do have your bearings.

You do have the option on the Mate 20 to go all in with gesture base, although not entirely as Android 9 would be, more like iOS would feel when it comes to the action of the gestures. However, if you are used to using gesture, you might feel at home instead of using the ol’App drawer.

This journey with the Mate 20 Pro starts with a 4200mAh battery, between me and you this is a pretty big battery. I still can’t understand that even with such a battery I can’t get more than little over 4-hours of screen time with normal settings. I just can’t fantom it. Granted the battery is large and should typically provide in the range of 6-hours of screen time. I’ll attribute this too poor battery management by default. This leaves me with about 12-hour total phone use.

If you do however refine the settings and tweak things out, it gets better. It should just be better out of the box in my opinion.

Could be that I’ve got a dud? What do you say internet peeps?

When you do run low on power, the Mate 20 Pro has a few more tricks. It supports 40W fast charging, which will give you roughly 65-70% in around 30 minutes. This means I can charge up the phone in the morning and have enough power to comfortably last the day – and then some, provided I’m not being a “power hungry monster” with the things I do.

Wireless charging you say? Up to 20W with the right Qi charger. I’ve been using the Nomad Base Station and it’s like magic! 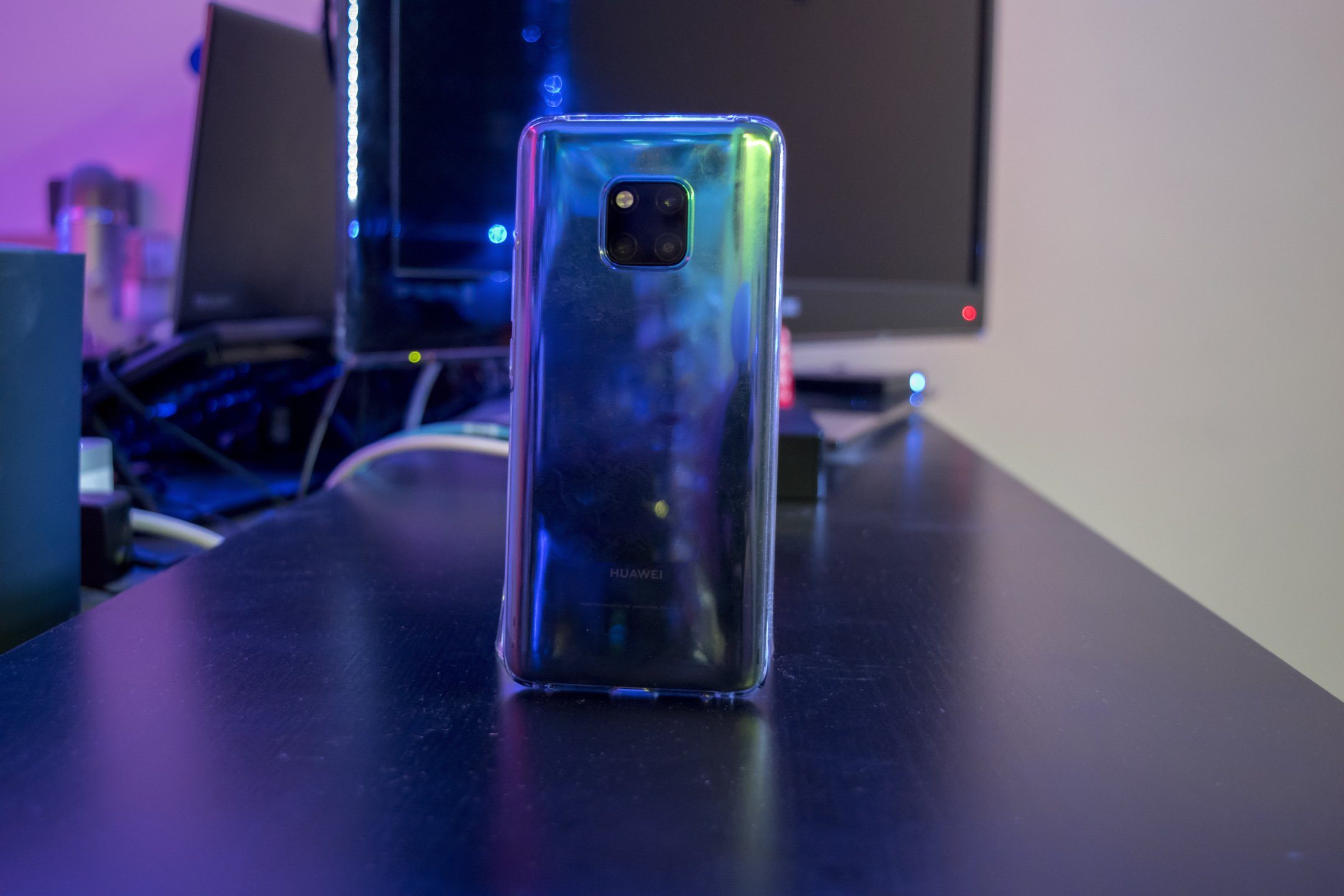 The rear of the Mate 20 Pro offers 2×2 grid camera setup. The main 40-megapixel f/1.8 sensor, 8-megapixel f/2.4 telephoto sensor for zooming and a 20-megapixel f/2.2 ultra-wide sensor. There’s also a dual-tone LED  flash complimenting the setup. That ultrawide sensor is a definite step up from the P20 Pro. According to Huawei, the 40-megapixel sensor is more than enough which makes the monochrome sensor from the P20 Pro redundant. Having both a normal focal length, telephoto and ultra-wide sensor offers up a ridiculous level of versatility with your shots.

I’ve set this device to go big by using the 40-megapixel sensor right out as demonstrated in some of the shots taken below. It’s also worth to note that the Master AI system is on by default. This makes use of the dual neural process inside the Kirin 980. Depending on the scene you’d shoot the adjustment it would make definitely improves the perception and quality of the photo that’s being taken.

Low-light shots from the Mate 20 Pro really impresses me. The colours are kept intact and it doesn’t add too much muddy noise to the image. There’s a dedicated Night mode for capturing a photo of a building or still object at night. It takes a few seconds and snaps at multiple exposure values, combining them together for a seriously bright photo. As I learned this the hard way the first few attempts, you need to stay as steady as possible while using that mode.

Huawei Mate 20 Pro – Who’s the target for this smartphone?

The Huawei Mate 20 Pro is easily the most feature-packed phone you can buy right now. It has a fantastic camera, superb screen, and plenty of additional software features alongside.

Granted that 40W charging speed is pretty amazing. You can easily see it go up in percentage every few seconds. Next thing you know 20 minutes later and you’ve gone up by 50%.

Even though the battery on my end wasn’t lasting as long as I would have liked, this is still likely one of the best flagships of 2018. [Review] Huawei’s Mate 20 Pro – Stellar device!

Razer 2 Phone currently on promotion for $100 off
AdBlock Detected
Our site is supported by ads, affiliate links, and sponsored content. This helps us make money to continue what we do. Please whitelist to support our site.
Okay, I'll Whitelist
Welcome Back!