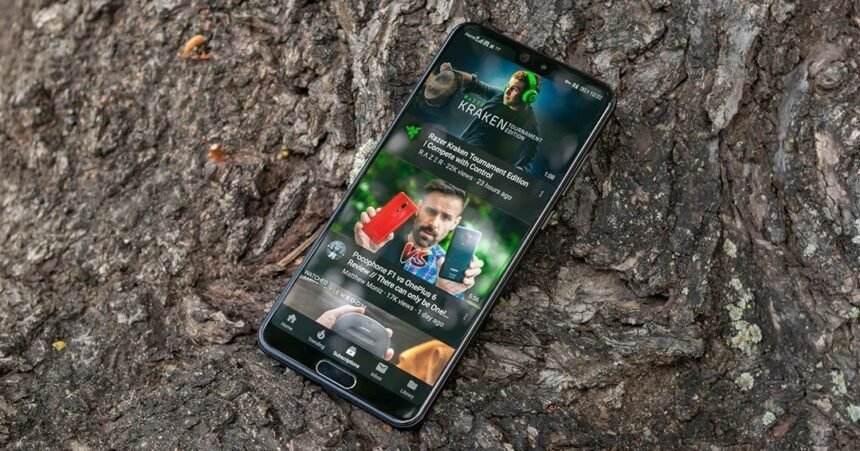 You might remember that Huawei is the maker of the Nexus 6P that Google released a few years back, while many might not be aware Huawei is a big player in the smartphone market outside of Canada and the United States.

Currently, Huawei is the second largest manufacturer of smartphones right behind Samsung. Can you guess who the third is? Apple!

The P20 Pro from Huawei is no exception to the current trend in the smartphone world. The device hits all the right notes.

Some might put the notch in the “con” unfortunately I’m not one of those. I’m just 2-weeks in with the P20 and as you can see this is what stands out. I’ll elaborate more on my points throughout the review.

A feature not mentioned often is the IR blaster when reviewers are talking about the P20 Pro. Who doesn’t want to control his home devices from his smartphone? From the TV, to my Android box and other IR capable systems. 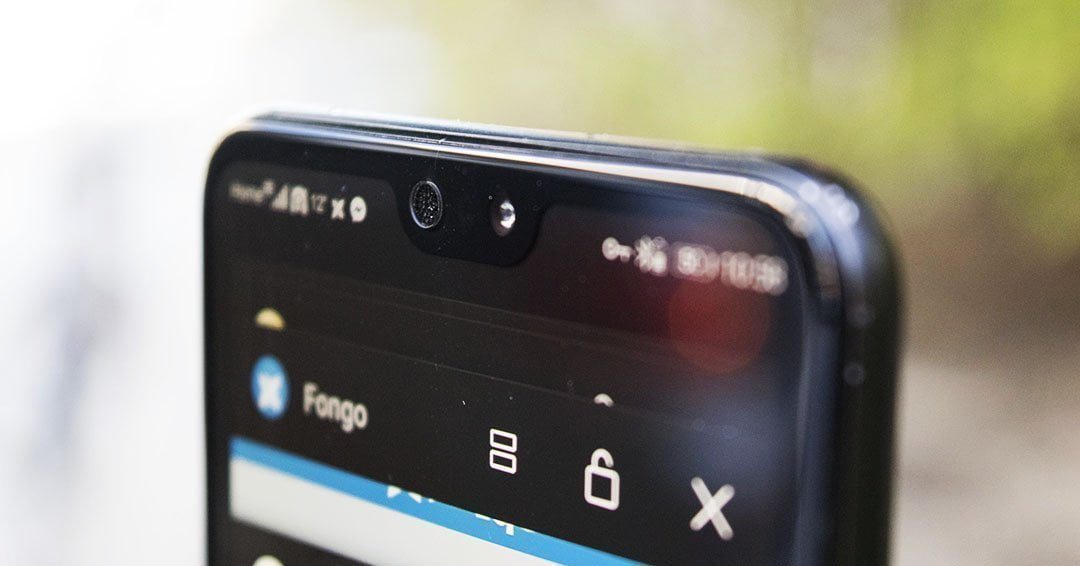 Pushing forward with a concept that stems from the Mate 10 Pro, the P20 Pro is comprised of a glass back and well-rounded metal frame. Given the choices in colours for most devices, it’s interesting to see smartphone manufacturer garnishing the back with something like the “Twilight” colour. 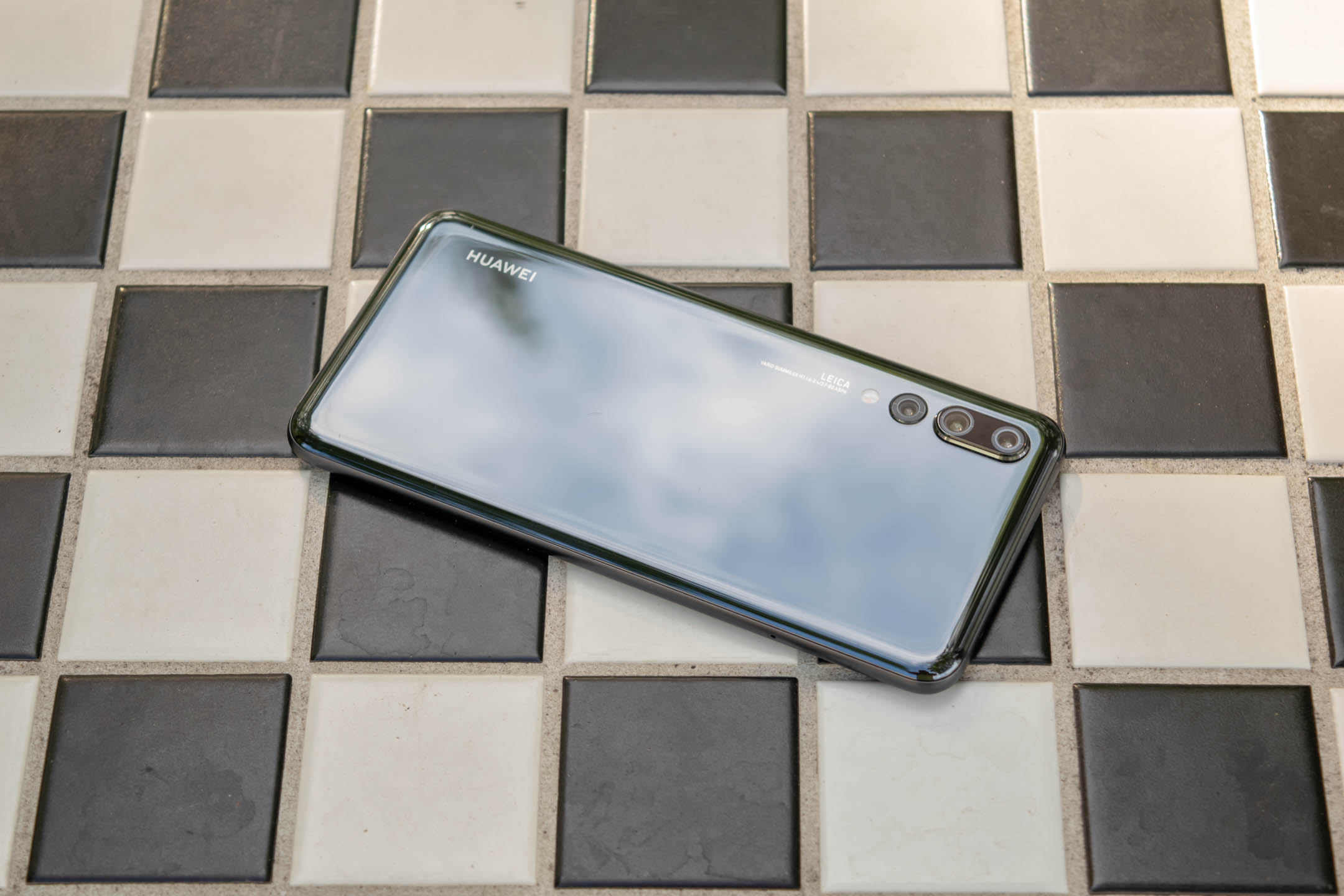 What’s notable on the back is the tri-camera module all the way in the top corner and some branding by Huawei. The front display offers a full-fledged, almost borderless display with a nice small notch at the top which houses a nice selfie camera and the infrared sensor. 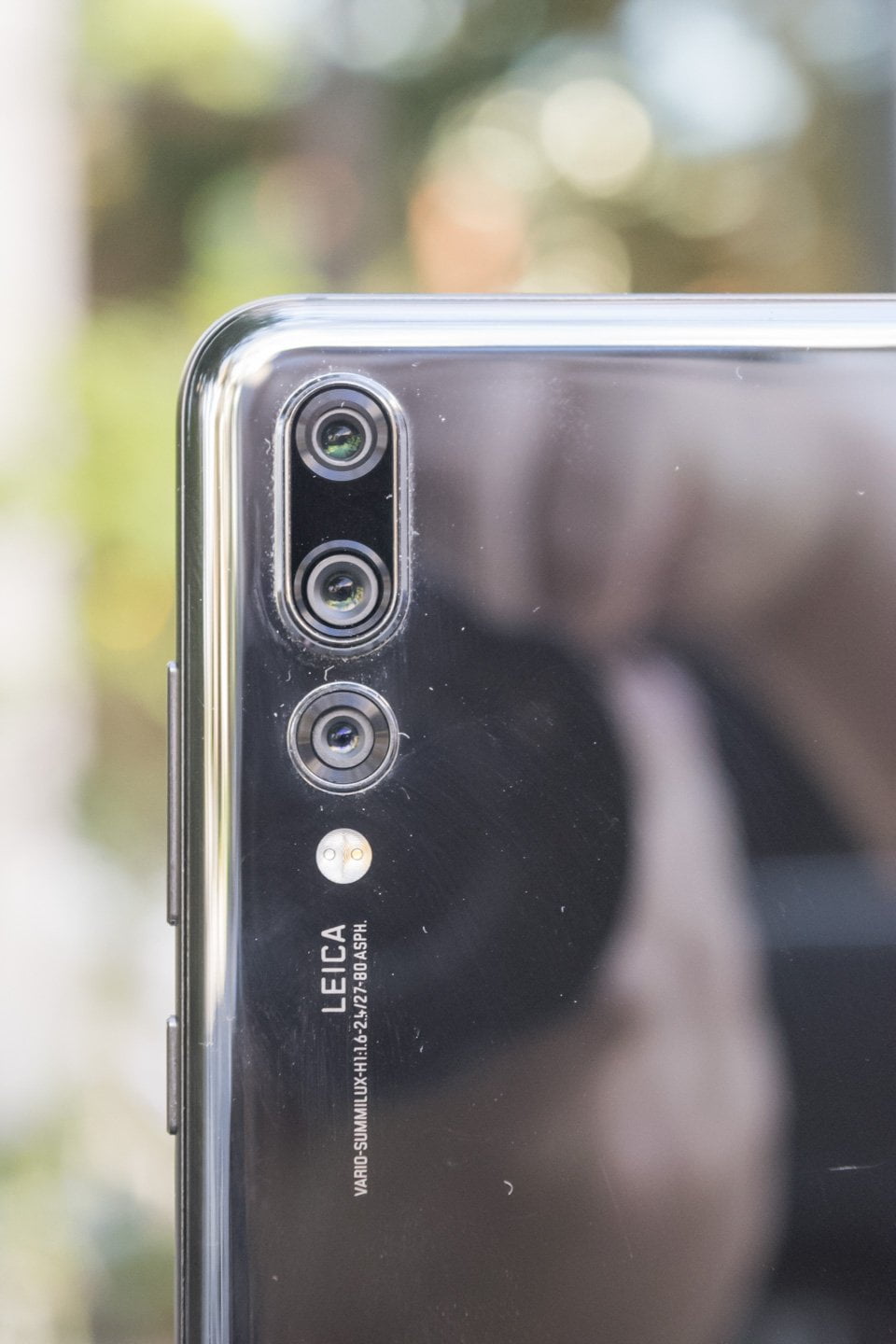 See my previous article about the camera [Camera Picture test].

A front fingerprint sensor on a smartphone is a first in my experience. Getting used to a fingerprint reader at the front is something new. I’ve read other reviews on the subject where they felt it was cramped. I think I’ll be ok with it.

The two bottom grilles house one of two speakers and microphone of the device does produce some of the best sounds I’ve heard in a while from a bottom firing speaker. Noticeably absent is a 3.5mm headphone port – something to bear in mind if you’re not a fan of dongles or Bluetooth headphones.

The built of the P20 Pro is well polished, it was thought out properly for the consumer market. The nuances made to tie everything together in a way that feels premium was well executed. 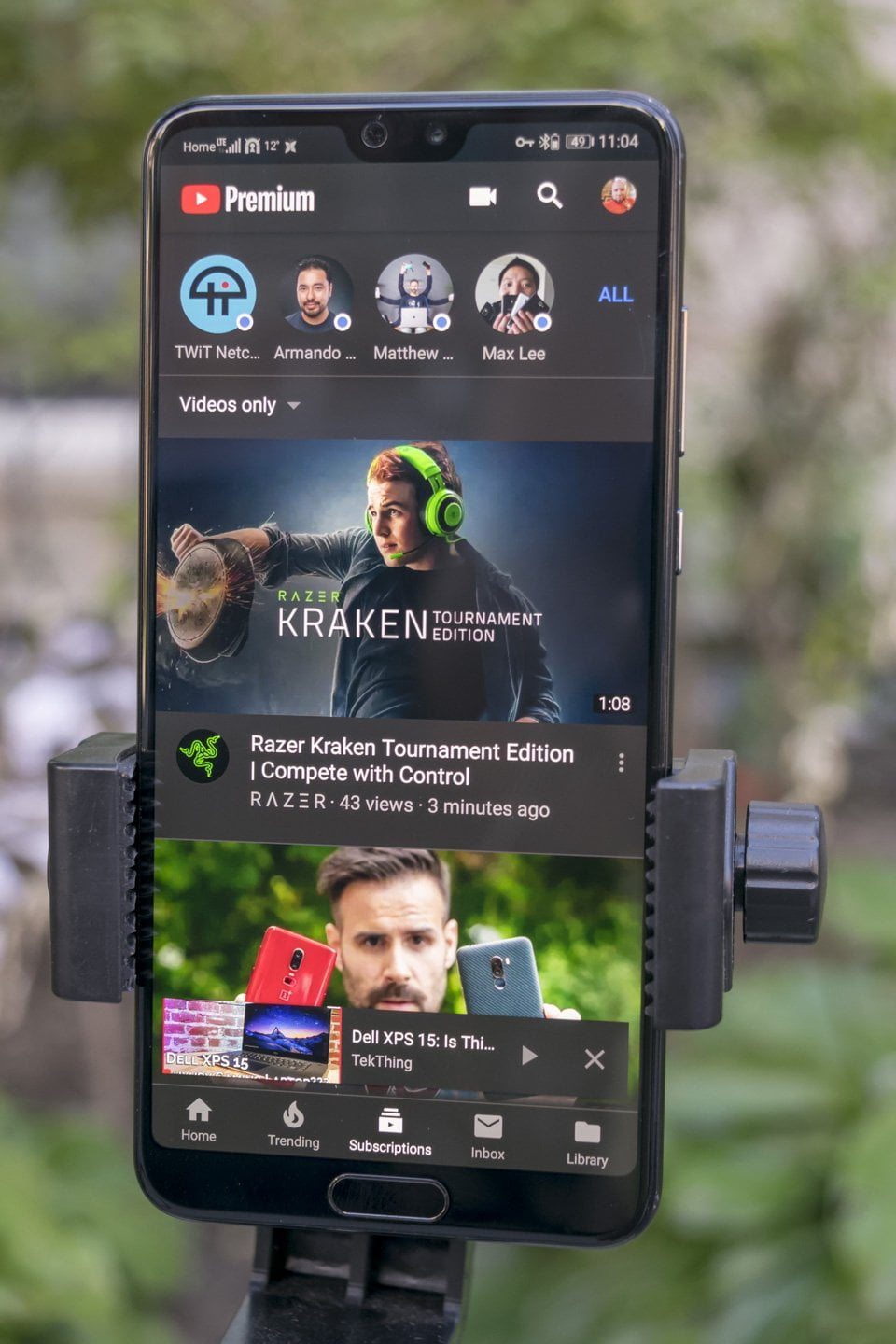 Let’s talk about that notch; Yes, you can hide it, it’s baked into the P20 Pro. 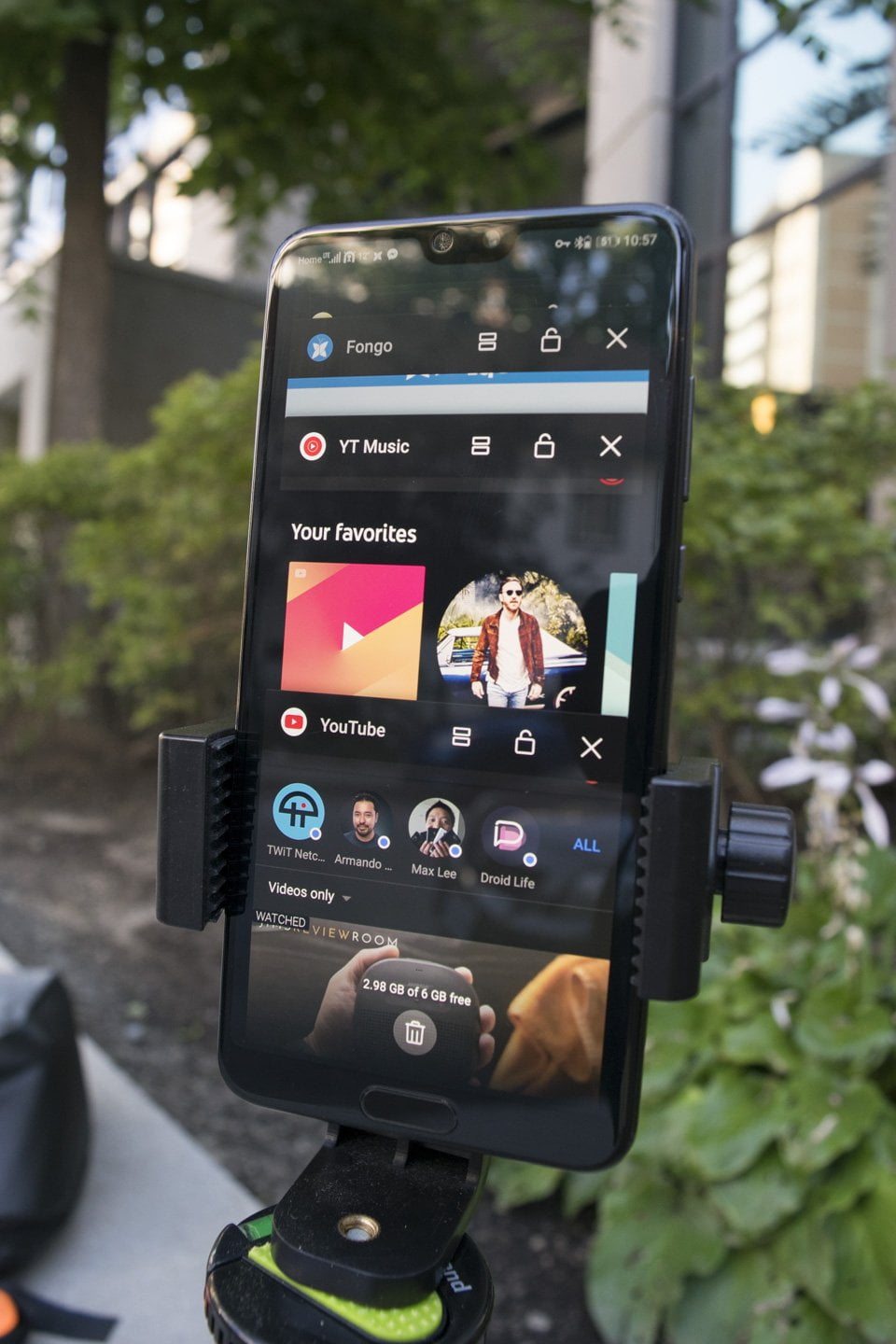 You can adjust the colour to your liking and balance them out. The default settings tend to oversaturate them just a bit. The Huawei P20 Pro delivers full support for HDR10 which is a standard for high dynamic range visuals.

Allowing for HDR content to be streamed from many supported sources such as Netflix.

Some of you did note that in past device with an OLED panel the viewing capability in direct sunlight was very dull. I can say without hesitation that you will not have any troubles enjoying your smartphone outside on a sunny day!

EMUI is the flavour of skinned Android that Huawei uses. Hardcore Android fans would say it’s an inspired Apple take. They are not entirely wrong it’s Asian flavoured. They provide for more rounded icon corners, it’s graphically more intense and slightly on the cartoony side.

EMUI is based on a skinned version of Android Oreo 8.1 and is a much better-polished skin than past generation. Among the changes made, is the ability to either have light and dark themes that go beyond the home screen. It provides a more refine UX/UI interaction for a more natural feel. 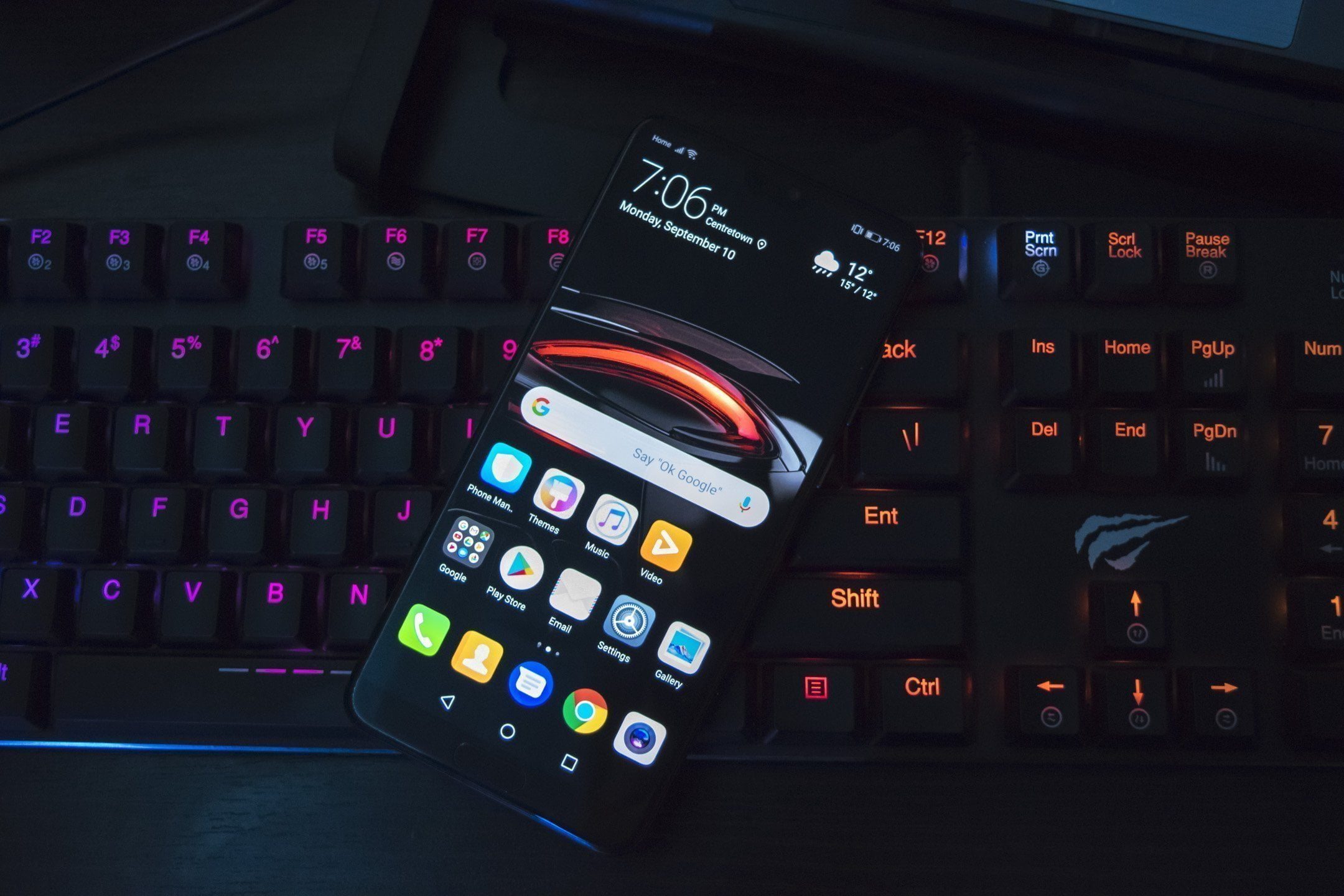 A snappy interface, a well-balanced application switching with the right amount of zoom is making this a great experience. Unlike other flagship in this line, I like the experience.

Moreover, the management of the application is still something that plagues even Huawei’s P20 Pro. I think it kills the applications too quickly when it reaches a certain point in its memory management.

When it comes to security Huawei also added face recognition with its 2D face identification system. I don’t think this is the best approach to securing one’s smartphone. Use a complex pattern, pin in conjunction with the fingerprint sensor.

Huawei P20 Pro – What kind of power does it have? 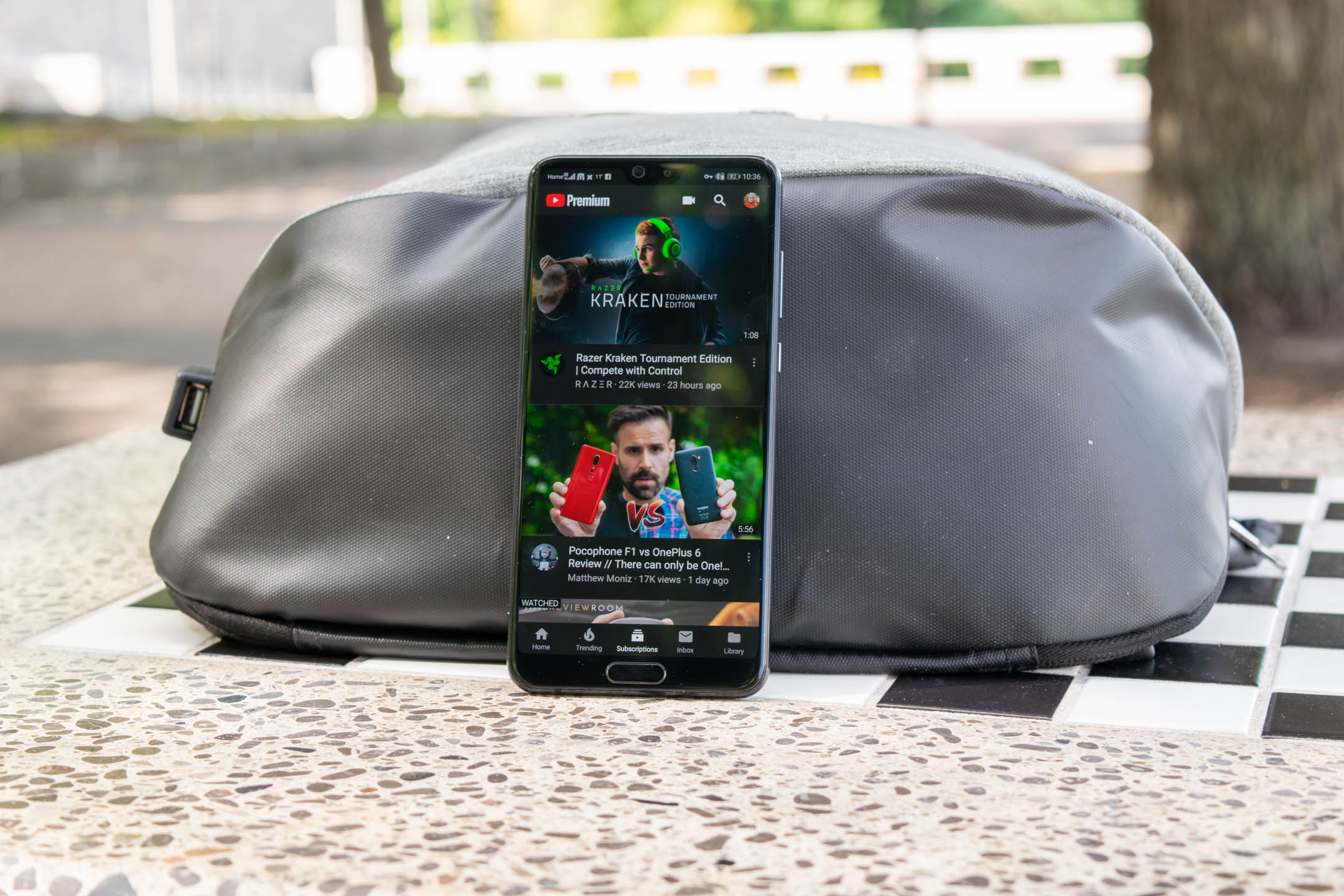 The P20 makes use of the Kirin 970 processor which Huawei develops. I know, for the most part, that means nothing to the majority, but what I can tell you is that it’s quite fast.

When it comes to its memory capacity, we are looking at 6GB of RAM and 128GB of storage. This makes your interaction with the smartphone buttery smooth. I didn’t find any fault when using my daily applications and when I gamed on it at night.

It brings me to talk about the frame rate on the display. Playing some of these high-intensity games provided for an enjoyable and consistent experience.

I’m not one for benchmarks, so I’ll skip this topic entirely.

If I can quickly switch app or game, while not suffering any slowness or performance, then it’s a good thing in my book.

Just a short blurb about the specification of the cameras. See my previous article about the camera [Camera Picture test]. 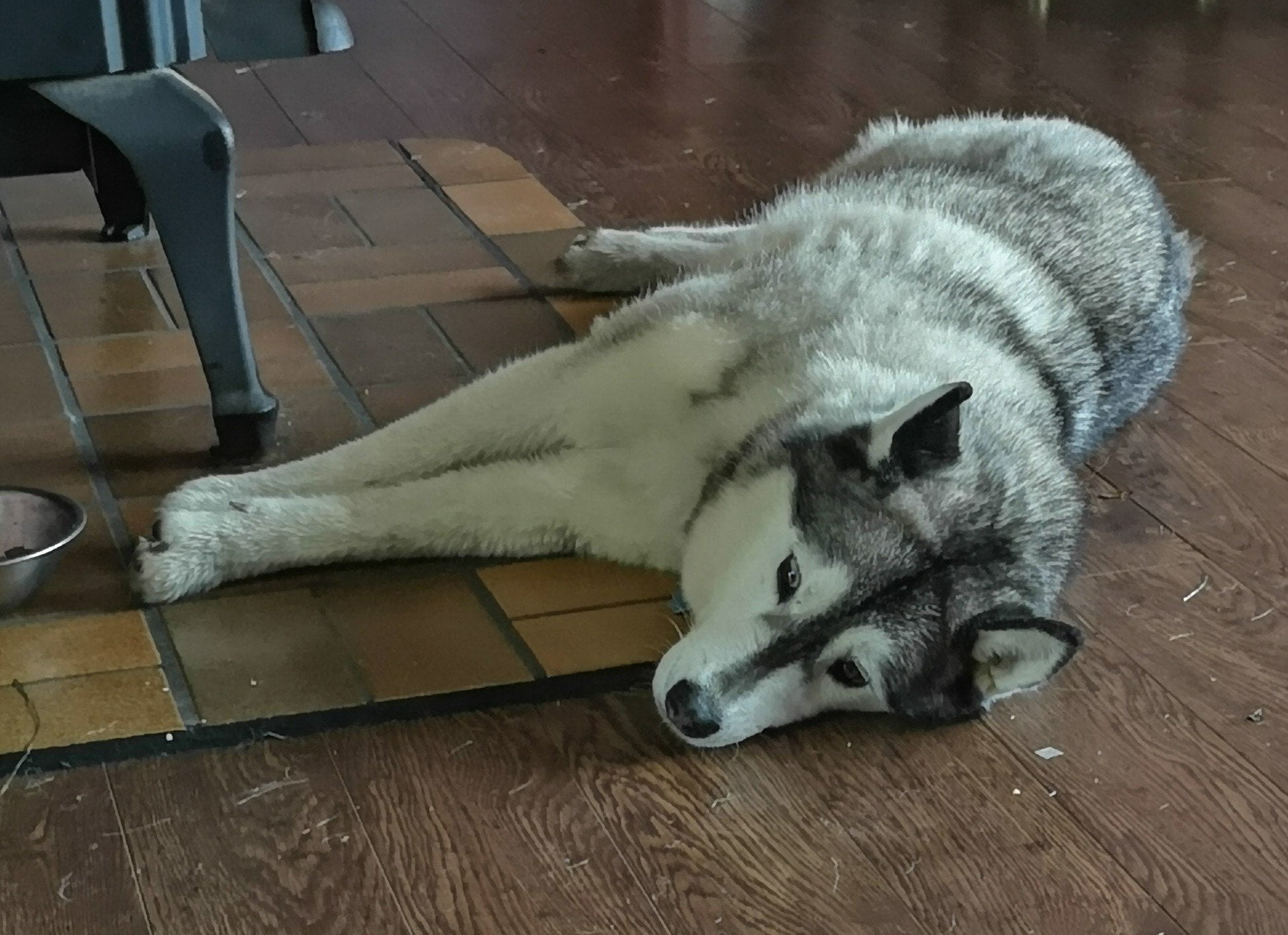 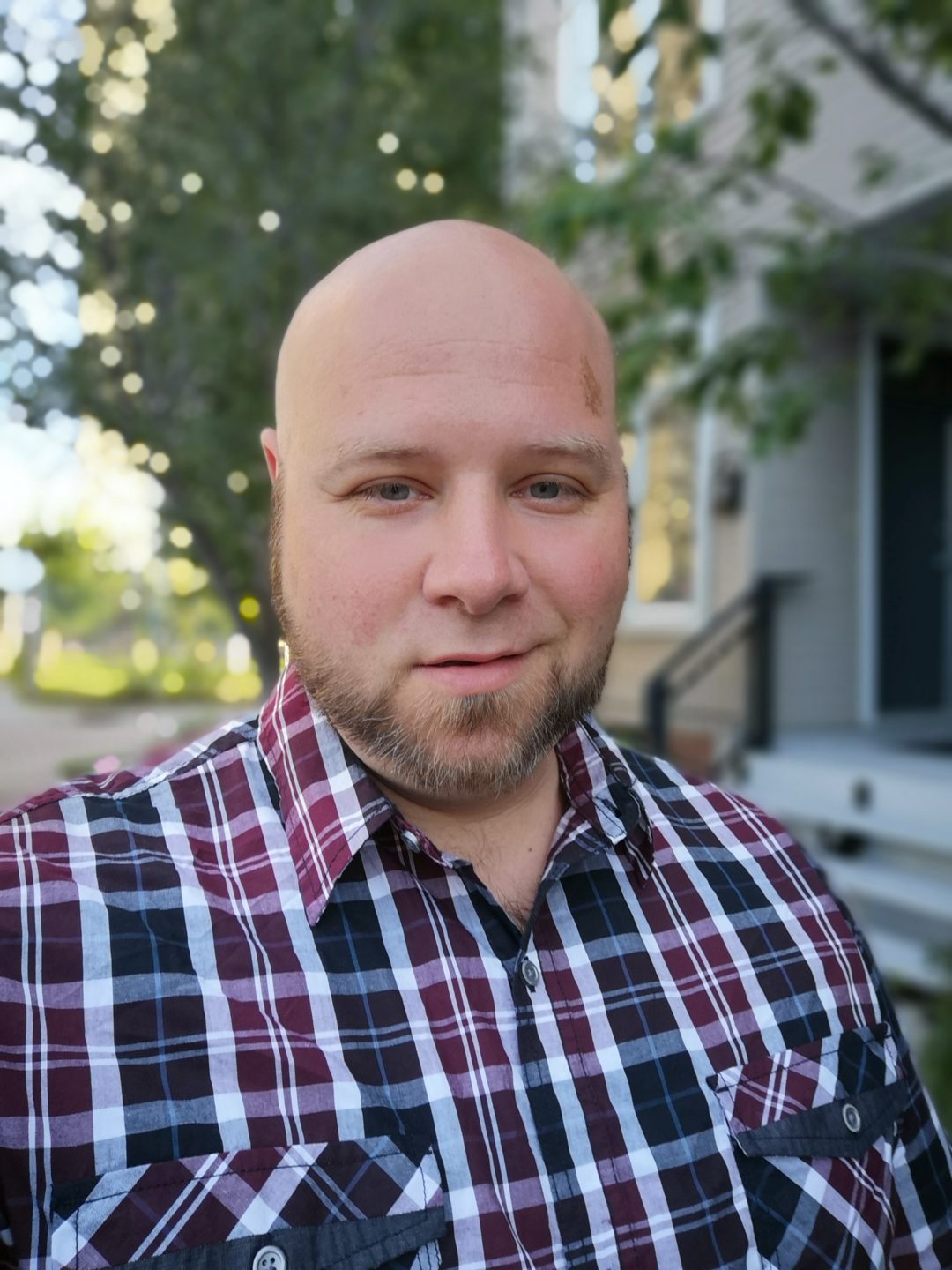 You would think that with a 4000mAh battery I would be able to achieve more than 20 hours of battery. With the usage I do, I can get about 16 hours worth of daily usage. Almost 6 hours worth of screen time. I’m not a light or intermediate user. I make full heavy use of this smartphone.

The usage and how long the battery last will depend on your habits. Do take into consideration that you can fast charge this baby quite quickly. It does lack wireless charging which would have been nice to see given that we have a glass back.

If for whatever reason, you find yourself in a pinch and you can’t get to a power outlet, the power saving features is pretty dope.

So what’s the scoop?

An excellent smartphone that will deliver and impress both newcomers and experienced users. The sleek and intricate design of the smartphone has allowed Huawei to showcase that’s its there to shine. The tri-camera brings photography to the next level. While the device delivers on performance, I was unimpressed with some aspect of it. Which I highlighted in my con’s.

Should you get it? YES absolutely. Where can you put your hands on it? Most major Canadian service providers are carrying the Huawei P20 Pro for around $1000 CAD.

Samsung Galaxy Watch available for Pre-Order in Canada
Next Article

Keepsafe Unlisted – Android Launch
AdBlock Detected
Our site is supported by ads, affiliate links, and sponsored content. This helps us make money to continue what we do. Please whitelist to support our site.
Okay, I'll Whitelist
Welcome Back!