SHARE
Contents
[amazon_link asins=’B074JRP4F8′ template=’ProductCarousel2′ store=’cryounfiltere-20′ marketplace=’CA’ link_id=’78a2b2f2-86d3-11e8-9168-673c888e7999′]Rowkin Micro Best 2017 – Truly wireless earbuds Canada are really and truly wireless. This is all fine an dandy, the question most people are interested in having answered; Do they sound good? Do they last long? How’s the “wireless” connectivity?. Well if you follow me in this review, I’ll get to all those details and more. Let’s first give it to Rowkin for producing quality products at an actually affordable price. You’re looking at $129.99 USD out of pocket, but, don’t let that stop you, you’ll have a hard time finding anything else that drives as well as these for this price.Can't read the articles right now? Save it for later! Subscribe to Android News & All the Bytes by entering your email — so you can read it during your downtime!

Rowkin Micro Best 2017 – Truly wireless earbuds Canada are really and truly wireless. This is all fine an dandy, the question most people are interested in having answered; Do they sound good? Do they last long? How’s the “wireless” connectivity?. Well if you follow me in this review, I’ll get to all those details and more. Let’s first give it to Rowkin for producing quality products at an actually affordable price. You’re looking at $129.99 USD out of pocket, but, don’t let that stop you, you’ll have a hard time finding anything else that drives as well as these for this price.

Let’s go over the Rowkin Micro review that I’ve got for the crowd that follows my epic adventures? Ok, maybe not epic, but fun nonetheless. Rowkin has been in this business for quite some time and probably one of the first companies on the market to release a truly wireless earbuds product. Rowkin Micro Best of 2017

Housed in a capsule smaller than a K-Cup, the Micro packs up to four on-the-go earbud charges for a full 12 hour day of stereo music and crystal clear phone calls. One-touch Bluetooth setup makes pairing with your iOS or Android device possible in a matter of seconds. It’s easy to use and should accommodate anyone for the long haul of working an 8 hour day. Most of us won’t be spending that entire amount of time listening to music or making phones calls. This is where the housing is a beautiful thing as it can recharge your micro when inserted in the storage compartment.

With its small size, superior sound; The Micro Rowkin earbuds bring stereo sound and clear calls in the world’s smallest earbuds. The Micro is sweat and water resistant, so they can be used with no worries, whether you’d be hiking or just doing what I do, run around the city like a headless chicken. 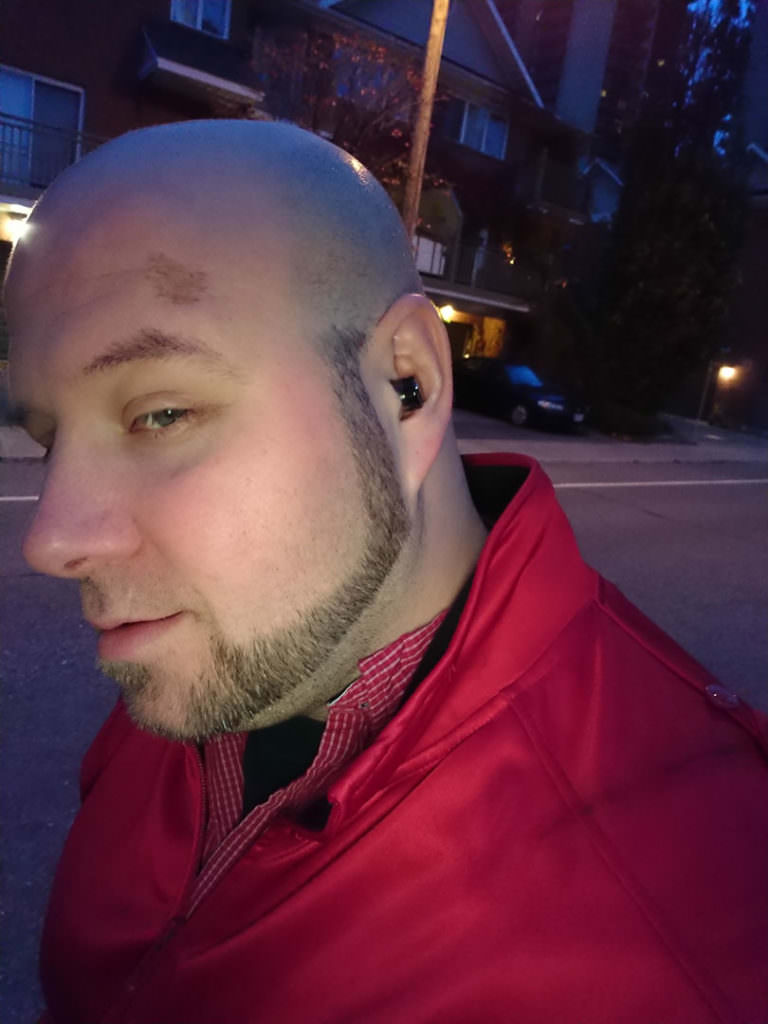 The earbuds are a mix composition of a hard plastic and aluminium casing, this also is true when it comes to the insertable mushroom tips which come in various sizes for comfort. The weight added in each of pieces is nice and feel premium given that the looks are also quite sleek, this is a perfect combination. The actual housing body which is used to charge the Micro is a standard solid plastic shell, I would of like to see a similar design applied to it when it comes to the look and feels.

Not taking anything away from it, the housing shell is a must if you want to keep those puppies charged and ready to go.

When it comes to the music quality, I need to stop some of you there, yes it’s Bluetooth and yes, it’s not perfect, but it’s more than enough the majority of music listeners. Listening to some of my smash tracks on Spotify in high-quality format, the sounds were clean, crisp and the bass was driven nicely. I do have to point out that the treble could be adjusted little higher at about 20% more. 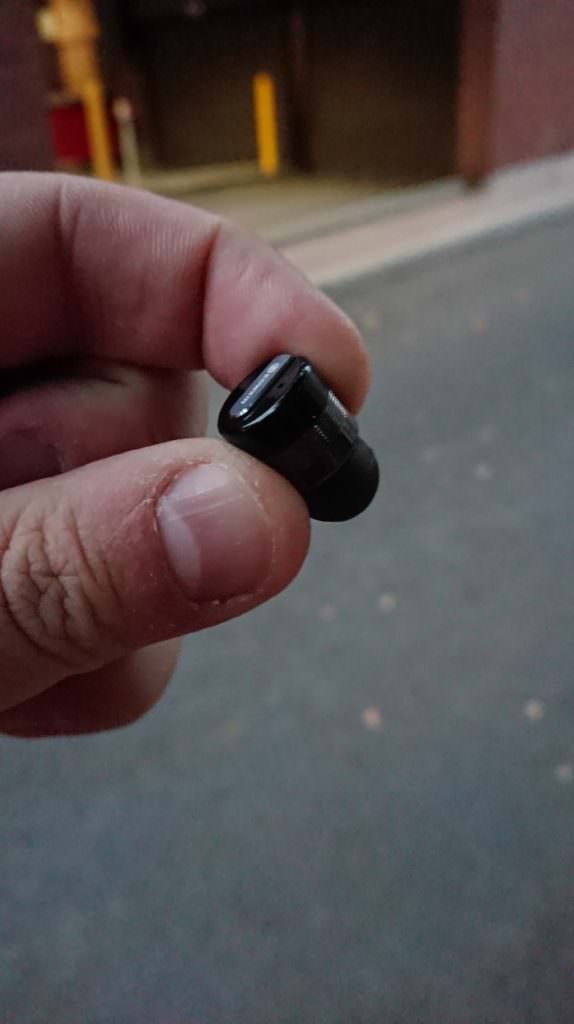 When it comes to listening to pop, indie and some current top 40 I did notice that a lot of the voices were not as clear as I’d like them since the bass ever so slightly took over, granted, if you can adjust the sound via an equalizer, then you’re golden, but for those that don’t you might pick-up on this. If you’re like the majority where you’re using the “provided” headset that comes with your smartphone, then you’ll probably enjoy these Micro even more, they sound “much” better than whatever you got in that box.

With some minor tuning and adjustment, and this is purely a personal choice, you could and can get an excellent sound experience out of these.

It was time to see how my little collection of uncompressed music files sounded over these Bluetooth earbuds. I know I’m not expecting the full range and I’m ok with that, but for the most part, I got most of the actual range I wanted to hear. What does that say about Bluetooth? It’s not currently at the HIFI level that audiophiles would want, but it’s definitely doing much better than some of the wired headphones I’ve had the “pleasure” of testing out. 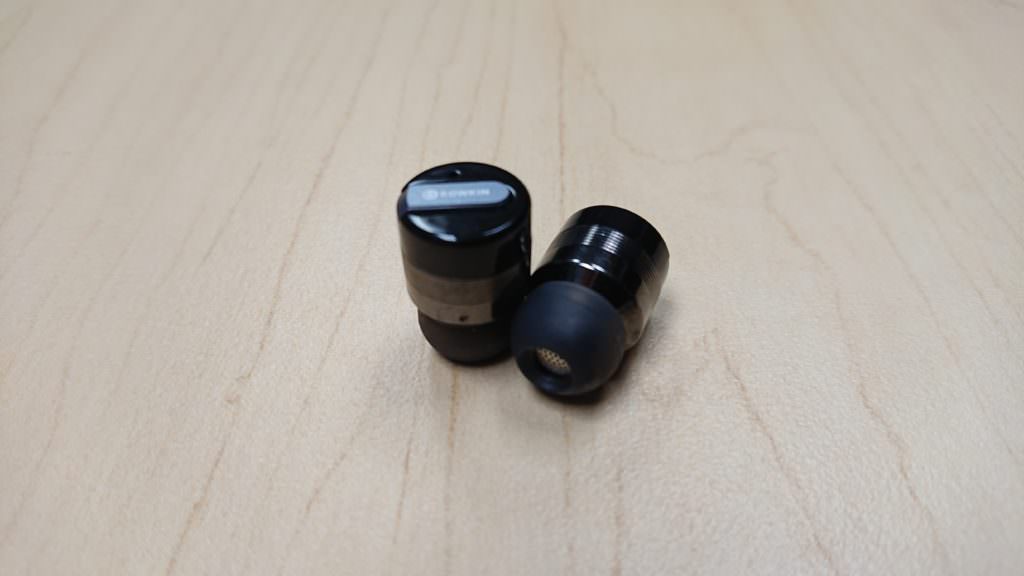 Rowkin gets a solid 4/5 for there Micro for the quality, the design and the small form a factor, where I deducted a point was for the sound adjustment. Based on my listening experience the bass is on point, the mids a recessed a bit and the high range needs to be tweaked to slightly as mentioned above by or near 20% gain. Would I recommend getting yourself a pair? Absolutely, the best I’ve used so far for a truly wireless experience. Head on over to Rowkin for your own. 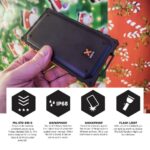 Review Xtorm Power Bank Limitless 10.000
AdBlock Detected
Our site is supported by ads, affiliate links, and sponsored content. This helps us make money to continue what we do. Please whitelist to support our site.
Okay, I'll Whitelist
Welcome Back!