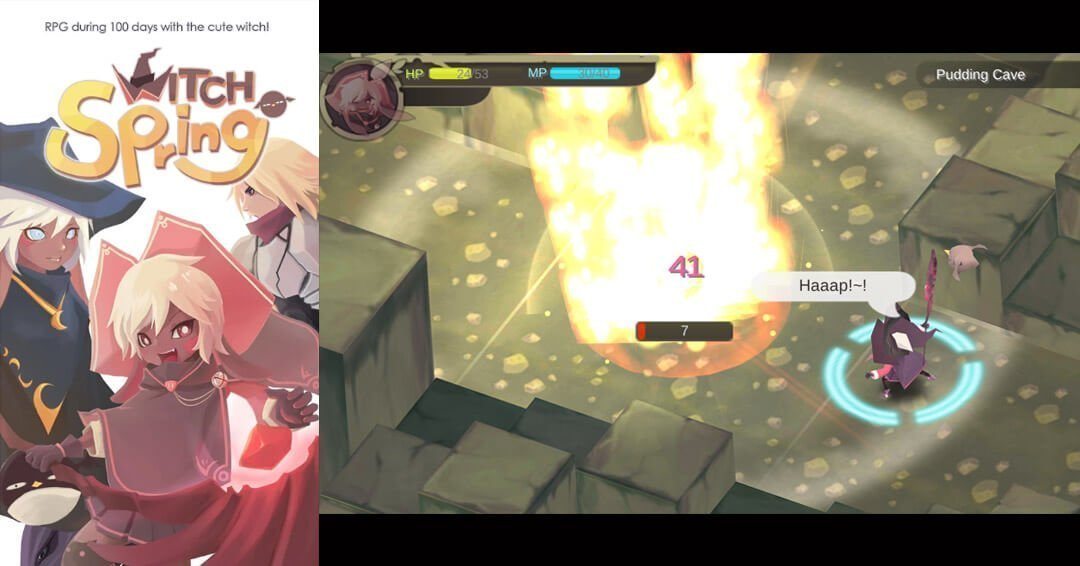 You have 2 goals you can work yourself into with WitchSpring, you can make her the most powerful witch in all the lands or you can follow her through her story and make yourself lord of the human race. Train around the kingdom, rest at home, mix spells and become all powerful.

You’ll battle a slew of interesting fellows as well as gain some furry friends to aid in your quest. 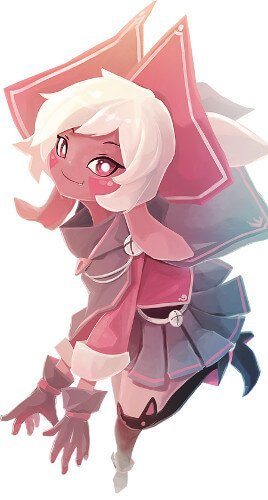 I uploaded 2 videos to my YouTube channel to give you an idea of what gameplay with fancy enemies as well as levelling your witch. While this is one aspect of the game, you’ll embark yourself on a quest to fight all the little warriors as they’ve wrong you. You’ll gain ingredients which will allow you to create items and or get more powerful spells over time.

I’m still pretty early in the game, finding my war around the world and how the system works, so far I’ve gained enough level to attempt some of the scary monsters, but not enough to go venture all over the place. I’ve got 2 little critters with me which have proved to be invaluable. I also just discovered my first item, my wand, which I was wondering when in the world I’d get to equip stuff. I still haven’t managed to get to the village as there seem to be other elements I need to complete, which means I have no use for the gold I’ve accumulated at this present time.

This is the sort of role-playing game that can be enjoyed by almost anyone, easy to start, cute, fun and entertaining!

Initially, when I started playing, I really didn’t focus on much more than exploring and it quickly became obviously that unless I started to ramp up on my skills and stats, I’d get smacked silly in no time. My first encounter was with a dragon monster on the second island that you happen to be exploring and I wasn’t too sure how that would go, while I wasn’t weak, I also wasn’t strong. I noticed that on my second attack when I got obliterated. While you don’t get the typical “GAME OVER” scene, you are warped back to your home where you can then sleep to recover. 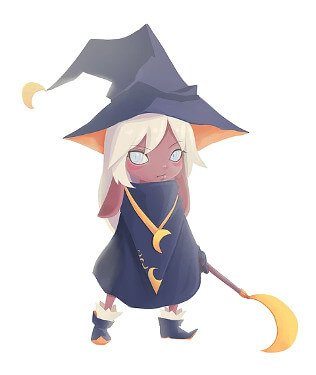 Now that I’ve managed to defeat the Pudding King and Queen, I can go forth on my adventure! Don’t forget to get the nasty little warrior while you are in the pudding cave.

I went back one of the islands where the pesky little bird drops you off at in the early stages of the game and explore. This allowed me to gather more ingredients and to encounter what appeared to be a hard monster. Prior to that, I had increased my stat so this was a piece of cake to get pass him. While in the dungeon I encountered an interesting spring, let’s just say that you are in for a field day if you aren’t ready.

I’m not going to go all over the different areas you first start in, but I’m sure it gives you a good perspective on how things go. I’ll keep playing this game and see how far I go and I’ll add more stuff and images to this article when I get to certain points of interest.

Bluetooth Keyboard while on-the-go and for your tablet!
Next Article

$350 off Google’s Pixel 32GB model from Telus at BestBuy