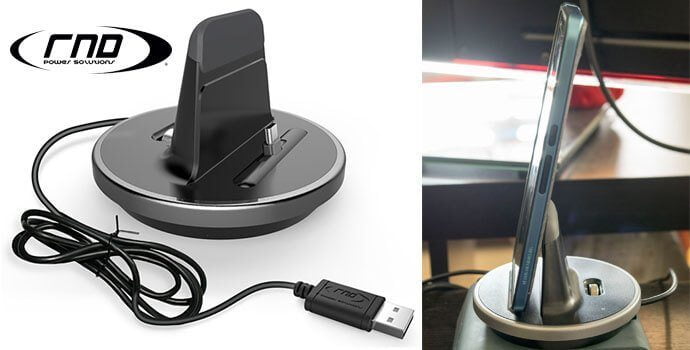 RND Desktop charging station for USB-C devices will power up any USB-C as per specification. I was able to get more information about the RND dock and I got a confirmation that their current Nexus 6P dock does have the proper 56kOhm for legacy USB-C to A connection, this means your devices are safe to charge with this dock. 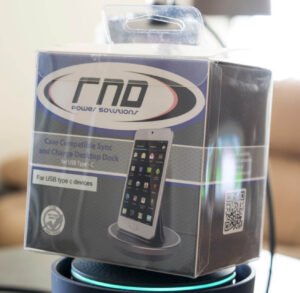 Finding a desktop charging dock wasn’t the easiest. In Canada, it seems like a rarity. I’ve seen plenty of them available on eBay, AliExpress, Amazon, but the problem with most of them, they’re missing the identifiable information when it comes to USB-C to A connectors. I inquired with many suppliers who couldn’t even confirm that their connectors were in compliance with USB-C to A specs. This led me on a hunt and I finally found this gem from RND.

This is standard USB 2.0 cable, you’ll be able to get a maximum of 2.4A to charge your device. You’ll be happy to know that you get a nice 6 foot worth of cable, allowing you ample play to put the dock anywhere you want. This isn’t fast charging, but it’s also not the slowest neither. A full charge will take approximately 2 hours vs a 1h20mins with the provided USB-C charger.

To keep cost low, RND decided to not to include a power block with the dock. Most of us, have ample power blocks laying around the house, or in this instance have it connected to my TYLT Energi charging station.

The dock’s USB-C connector is adjustable to either increase or decreases the length of the USB-C, this allows for most cases to be used in conjunction with the dock. No need to fiddle around to get the case off to use your newly acquired dock.

I’m really glad that RND provided me with a unit to test out and show off! I’ll give them a big 5 out of 5 for this one. In the meantime folks, keep checking back often, I’ve got more things coming in and a lot more to show off. Don’t forget to give it a thumbs up and share! www.androidcoliseum.com

[NEW] [Review] Nomad Base One MAX Wireless Charger is classy!

Nomad’s NEW Base One MagSafe Wireless Charger is BOMB! [Review]