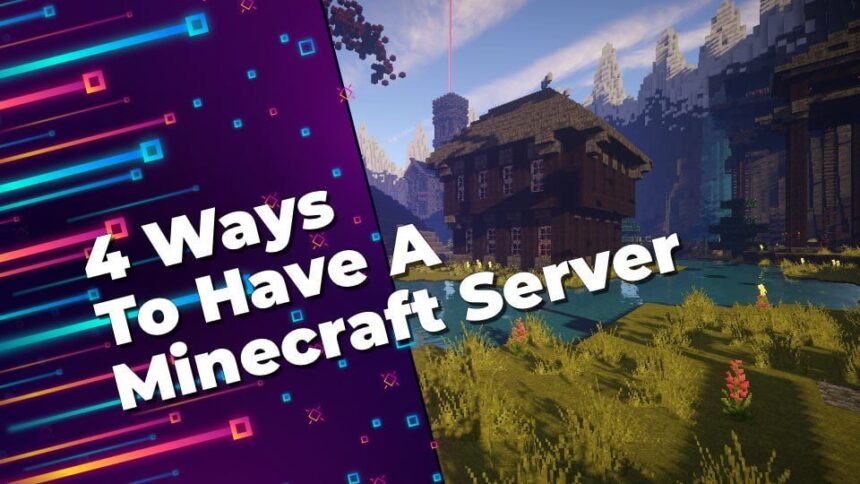 SHARE
Contents
What is Minecraft? Use a Raspberry Pi for a Minecraft serverBuy a third-party Minecraft serverJoin a Minecraft server GroupMojang Minecraft ServerFinal thoughts to exploreCan't read the articles right now? Save it for later! Subscribe to Android News & All the Bytes by entering your email — so you can read it during your downtime!

Minecraft is a voxel-based sandbox game created by Markus “Notch” Persson and later developed and published by Mojang. In the game, players can build with textured cubes in a 3D procedurally generated world.

One of the most popular games of all time, Minecraft has since been followed by many iterations and expansions, most notably a version of Minecraft at launch with Survival Mode, Adventure Mode, and Creative Mode.

A Minecraft player can also create their server, building and exploring their world with their friends while enjoying their creativity. There are several ways you can get your own Minecraft server.

Use a Raspberry Pi for a Minecraft server

Some of the best raspberry pi projects use this service as an inexpensive way to create interactive exhibits for museums, galleries, and science centers. Through it, people can build their arcade machines and video games without having to hire programmers. Users can also create their own personal Minecraft servers.

Third-party servers are another way to get a server that you can use to play with friends. Some third-party servers you can buy online for a monthly fee, allowing you to create features that other players can use while playing the game. For example, you can set unblocking on blocks so players won’t destroy blocks placed down by other players, and security so you can deal with cheaters and hacking.

There are other people on these servers, so these rules exist to keep the server safe from hackers and cheaters while also ensuring that players have fun playing.

Alternatively, you can directly get a server from Mojang. Using Mojang will give you even more control over the server than using a Raspberry Pi, and since it will be hosted by Mojang, you won’t have to worry about storage and other issues. In this way, you can play Minecraft with your friends without encountering any problems.

Anyone interested in adventure and expressing their creativity will find Minecraft to be an excellent game. The game has almost billions of players, and it is used in schools to teach various subjects to young children. The most important aspect of Minecraft is that it’s a great way to spend time with friends, so it’s essential to have a good server.

There are a variety of resources available for you to explore if you haven’t had a chance to do so.

6 Reasons Why Software Testing Is An Absolute Must For Your Business
AdBlock Detected
Our site is supported by ads, affiliate links, and sponsored content. This helps us make money to continue what we do. Please whitelist to support our site.
Okay, I'll Whitelist
Welcome Back!