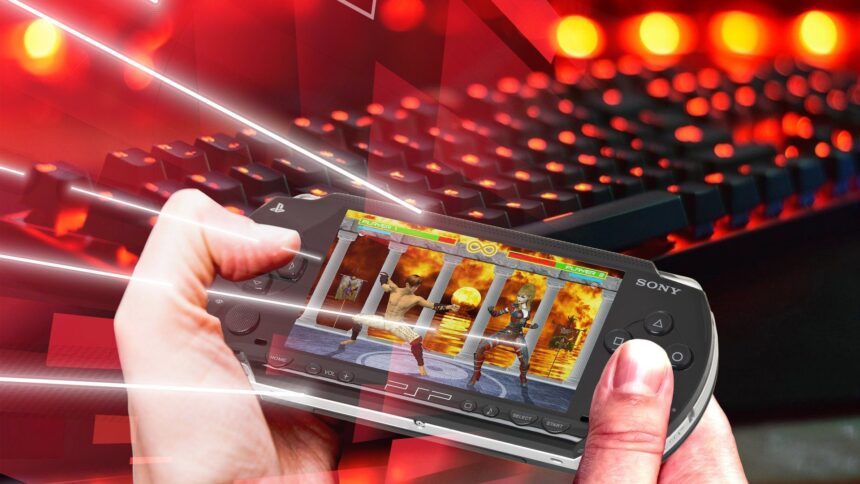 The Sony PSP was their first foray into the handheld gaming world, which Nintendo previously dominated. Many thought Sony was to take over and expand its market share by creating one of the best handheld consoles. Sony followed up with the PS Vita, which didn’t perform nearly as well as the PSP. The consensus is that Sony should stick to the original Playstation and let Nintendo handle the handheld side of things because their offerings were a big flop, but is that the case?

The PSP and PS Vita get a bit of a bad rep, and there is an argument for saying that the original PSP was way ahead of its time and we should give it a lot more credit.

When the PSP first came out, it changed the way that we think about handheld gaming. In the past, there was a clear distinction between console games and handheld games. The Nintendo DS was the best contender at the time, and it displayed PS1 level graphics at best. When the PSP came out, it had an incredible resolution screen, and it was capable of playing games far more advanced than any Nintendo handheld. It had an analog stick on it, so it felt like a console that had been shrunk down rather than a standard handheld device.

People often talk about the Switch as the device that finally brought real console-quality gaming to the handheld world. These days, services like Stadia bring high-quality gaming to phones, and handheld gaming is not the lesser alternative to console gaming.

The Switch gets a lot of credit, but the PSP was the first to raise that bar, and the PS Vita pushed it even further. Although the Vita didn’t do that well because Sony didn’t give it the support it needed, one can argue that the gap between the handheld and console could have been considerable had Sony not push things forward. The remote play feature on the PS Vita is arguably an earlier version of the Switch dock system.

Don’t forget about all of the remarkable PSP versions of old favourites either; Such titles like GTA: Chinatown Wars, Metal Gear Solid: Peace Walker, and God of War: Chains of Olympus. If you need convincing about the PSP, get an emulator and download psp roms online and see how good they are. It’s a shame that the PS Vita didn’t get as many great games, but there were still some solid offerings.

Although it doesn’t look likely that Sony will venture into the handheld sector again anytime soon, please don’t make the mistake of thinking that the previous entries were failures. The PSP was such a fun console that changed what people thought was possible in handheld gaming. It has a great library of spectacular games, and even though it didn’t beat Nintendo, they still gave them a good run for their money.

Can the Luxurious Lenovo IdeaPad Slim 9i be a Powerhouse? The Review
Next Article

Yoga Duet 7 Review: Tablet or Laptop? Spoiler, I’m not a fan
AdBlock Detected
Our site is supported by ads, affiliate links, and sponsored content. This helps us make money to continue what we do. Please whitelist to support our site.
Okay, I'll Whitelist
Welcome Back!