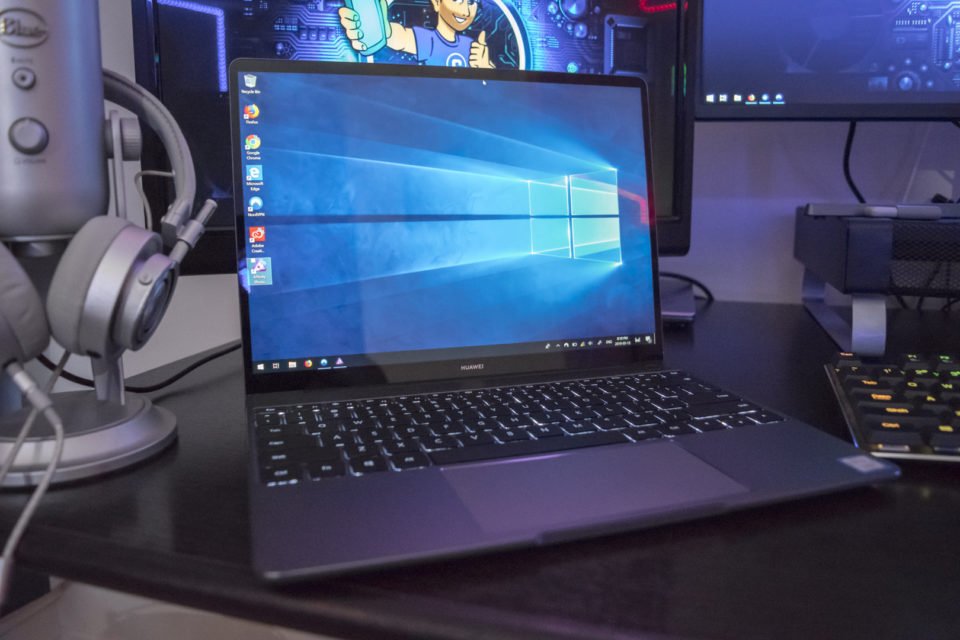 Diving into the Huawei Matebook 13

Continuing on my never-ending quest to test out new tech, Huawei sent over the Matebook 13. It’s a laptop with touchscreen capability. It’s aimed at the general consumer market, which means; Home use, office work, school work etc. 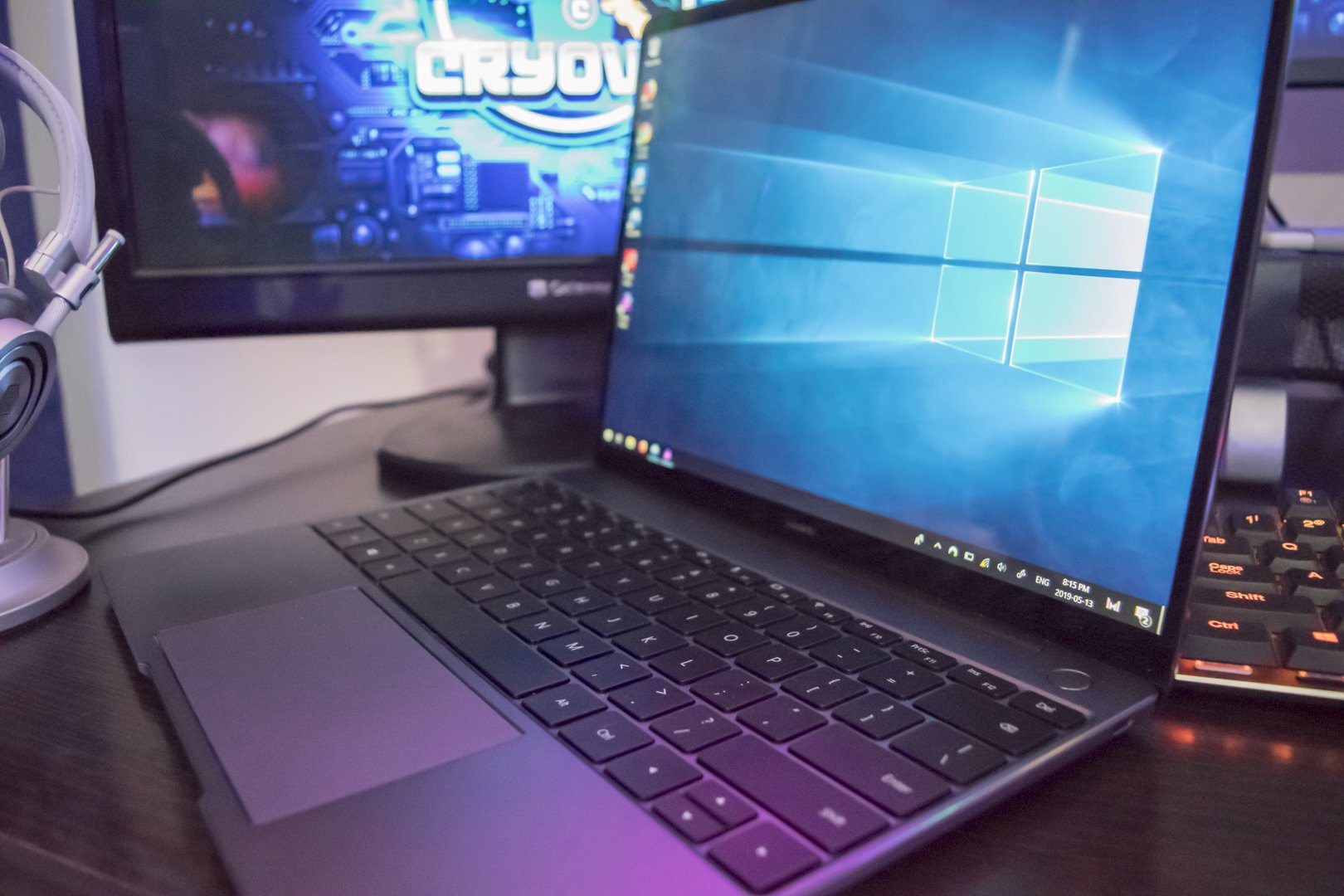 A look into my first impression:


Today marks the first time I get a Matebook by Huawei. In fact, this is the Matebook 13 as the title shows. I haven’t had the opportunity to play with one of their devices until now.

Thanks to Huawei, I’m going to test this device as if it was the only one I have. I’m using it as my daily driver for absolutely everything aside from gaming of course.

Some of the elements I’ll be doing include some graphics work, network testing, benchmarks, blogging, video chat and way too many other things to list them all.

Right out of the box I typically disable all the telemetry information. To further tweak a device, I disable a bunch of services. There’s some useful Powershell script or command like that will assist with this.

The tweaks I perform do increase responsiveness and performance overall.

Overall the device performs well for general use, office work some light server load. The dicy area is when you get to anything that’s gaming related. It is unable to go beyond light 3D gaming with an average 21FPS.

The Matebook 13 is an all-purpose notebook that delivers. Achieving high points for home use in streaming, working, browsing all things YouTube. In the business world, this device aims for a bigger catch with its ability to be versatile for the mobile worker.

Working along with several browser tabs, a graphic editor or two, some chat application and some music streaming in the background, Matebook 13 is able to deliver. It does get dicey when doing too many things at the same time, this is likely limited by the 8GB of ram it comes with.

Let’s see what my point of view will be several weeks later.

Let’s dive into the usage I made over several weeks and see if this compares to the typical use you can get out of standard off the shelf laptop from Best Buy. 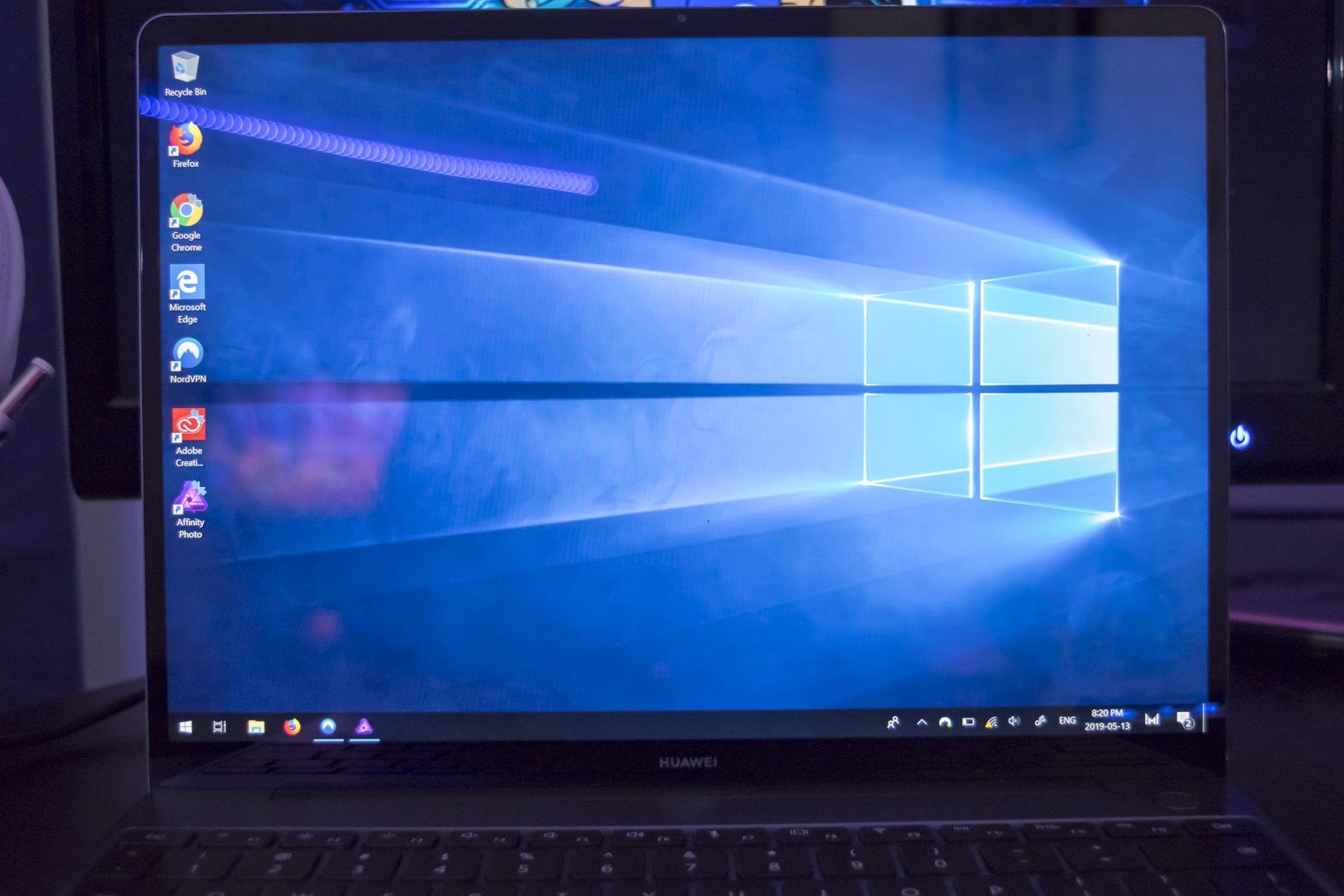 Sliding it out of the box you get a solid aluminum frame that feels very polished. There’s a USB-C port on the left and right of the laptop. It looks like I will be living in the dongle world! On the upside, there’s a 3.5mm audio jack that can be used with virtually any headphones.

You can still use a Bluetooth headset if you so desire. You aren’t limited in the choice department.

I would have liked it if Huawei would have included the USB-C Hub with their device. This means that I will be required to get my own USB-C hub in the meantime.

The speaker grill at the bottom does provide for some decent sound. Much like any other laptop, this isn’t the main focus. However, I did enjoy the hours of music I was able to push out via the speakers. It was decent enough that I didn’t have to cringe every time.

The display offers a nice glossy look, however, this thing is a fingerprint nightmare! You guessed it’s a touchscreen laptop! While I commend Huawei for doing this, it would have made more sense if I could have turned the laptop into a tablet.

Having built the fingerprint sensor directly in the power button is similar to what’s been done on other device and is quite welcomed. Easy to use and access your system without the need to enter that complex password. Yes, we should all be using a complex password not found in a dictionary. 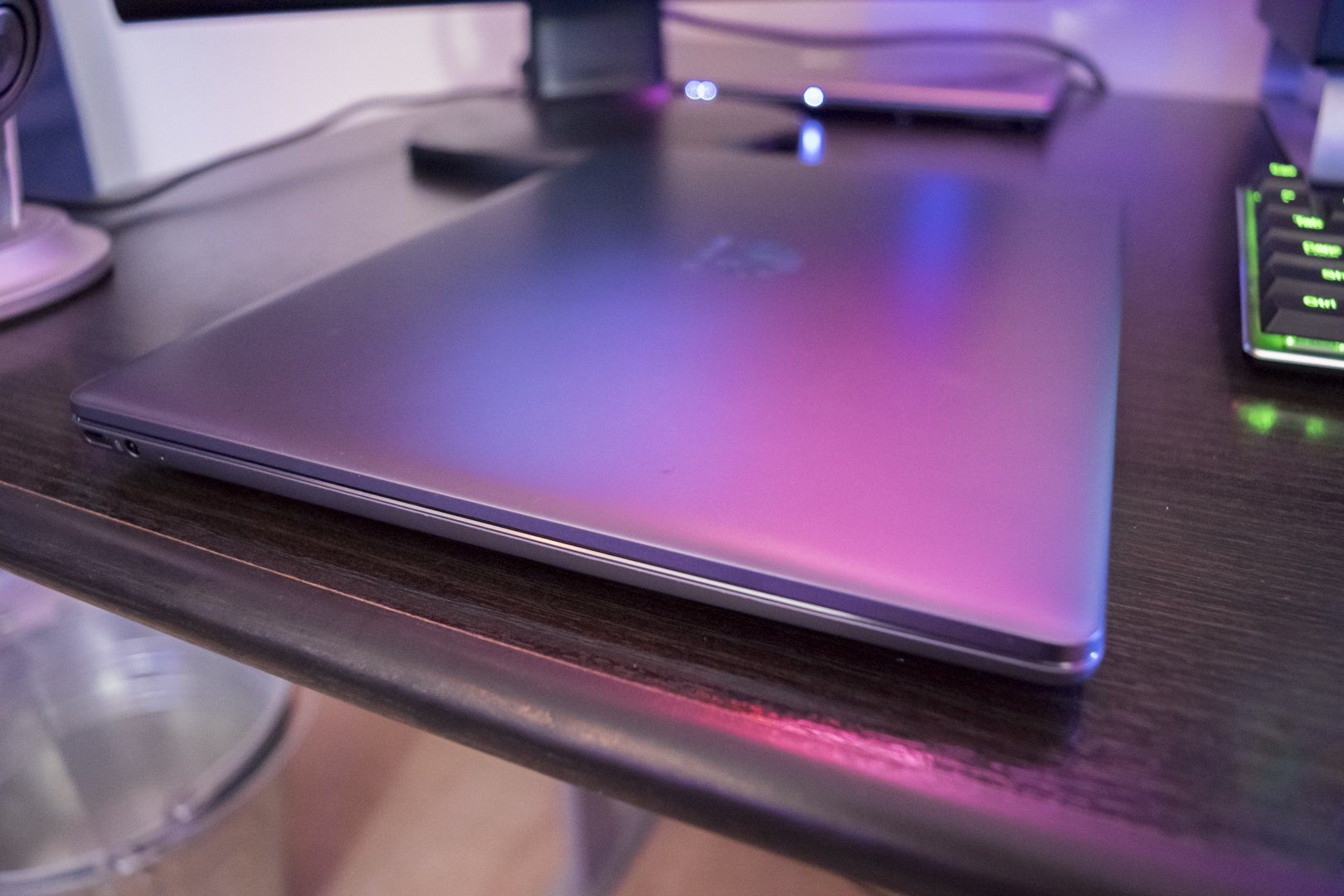 I have a gamut of benchmarks that I’m going to list while talking about the general use I made. This device is a beast when you think of productivity. It’s the ability to manage all the different applications and tasks that I do has been nothing shy of fabulous. There is a downside to this with its shortcoming on its memory. With only 8GB of DDR3, it’s slightly hard to understand. Granted the industry hasn’t entirely shifted to the 16GB model in terms of laptop memory at the moment.

When it comes to what’s under the hood specifically we can see a 1.8GHz Intel Core i7-8565U (quad-core, 8MB cache, up to 4.1GHz), Intel UHD Graphics 620; Nvidia GeForce MX150 (2GB GDDR5). While this seems like it can drive performance and visually stunning graphics, we will have to see what the benchmarks tell us.

In my own use, I was able to do all the work, including graphics editing, some video processing albeit not the fastest at all. A more in-depth look allowed me to play some interesting light games with the likes of Minecraft and some CS Go.

The consensus about its use is definitely aimed at-home use, office work such as writing this article, emails, printing, ordering stuff, video watching, tutorial, music, YouTube, Netflix. A general all-purpose device. 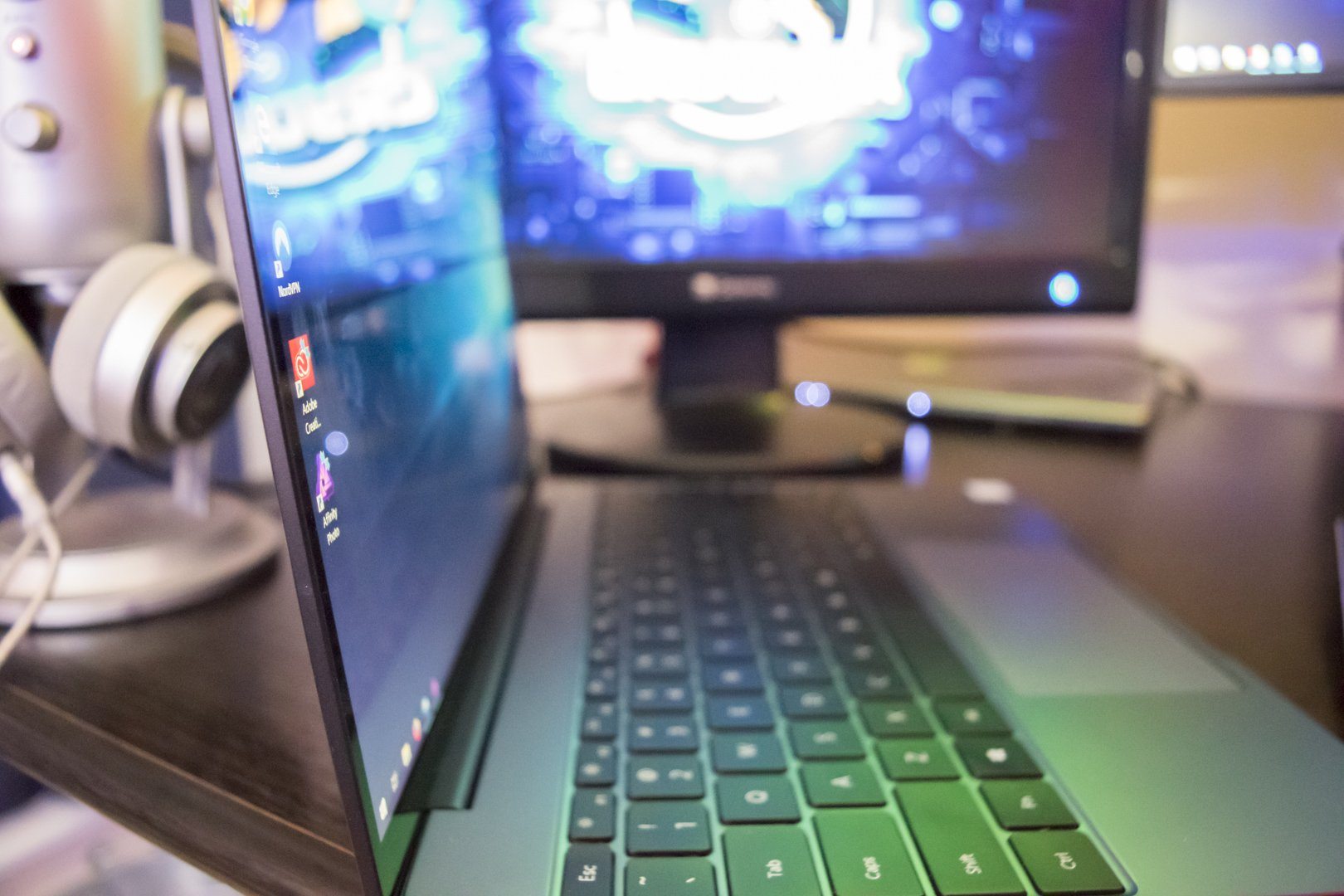 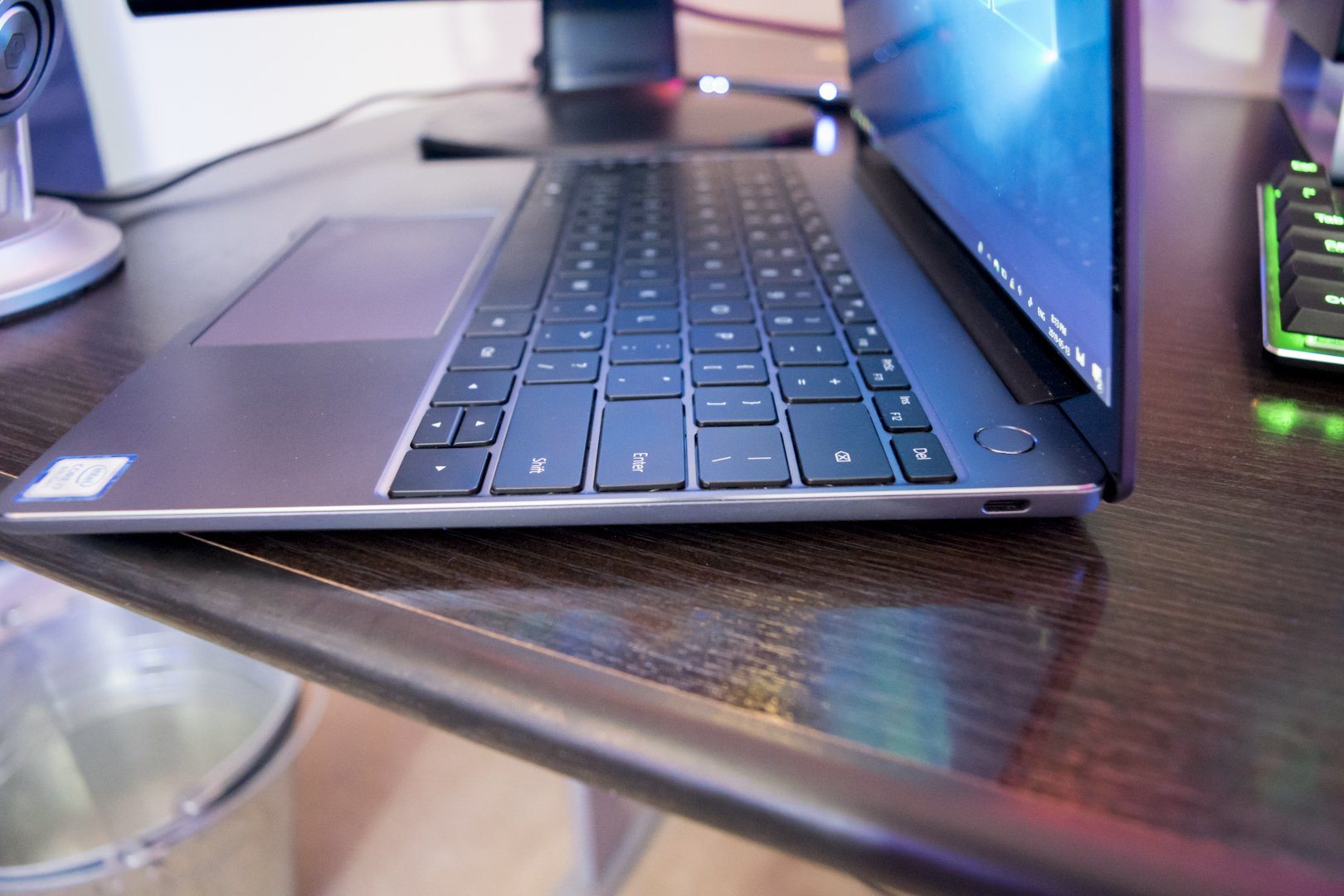 In Windows 10 the battery performance is set to “Balance”. It allows for good performance for battery use. I normally run on “Performance” which tends to drain the battery much faster. During the testing phase, I did notice that on the performance setting I could get about 4 hours 15 minutes worth of usage from 100% to 1%. Take the settings back to balance and you can enjoy a nice 8 hours or so enjoyment. This is all with keeping the brightness at 50%.

Ideally, you’d want the best out of the laptop and therefore I’d set this to a performance option. This does kill the battery pretty quickly. However, the power adapter that comes with the laptop is more than capable of keeping you topped up.

Playing content on this device provided nearly 7 hours 53 minutes of use. You may definitely get different results as every reviewer will note.

Great device for on the go and even more so when combining work and pleasure.

You can get the Huawei Matebook 13 on Amazon Canada or at a retail location such as Best Buy and Staples. At this present time, the lowest price I’ve seen is on Amazon Canada hovering the $1767.97 price tag.

Huawei Matebook 13 – The not so good

As much as I’ve given the device some glorious points, it’s now time to talk about the downside of the Matebook 13.

The first thing that struck me with the device is the weight. It’s not a light laptop. It does have some substantial weight to it. This is due to the aluminum body.

The webcam on this device shows that it’s connected and working according to the device manager in Windows 10. The unfortunate truth, I couldn’t get it to work. Windows 10 would generate an error. I said ok, let’s factory reset the device. The problem was not solved. The drivers were updated to no avail.

Having a laptop with 8GB of memory to work with might have been good 2 years ago, but with increasing browser usage, more media-heavy consumption and the more active people get, this was falling short. I’d like to see the future device in this line with 16GB of memory.

I did find the Matebook 13 slightly overpriced, but I do understand that this is a premium device. You can still have a premium device without targeting the $1700+ range. There’s a number of devices on the market targeting a more premium approach and not shattering the $1000 price tag. Maybe something for Huawei to consider. 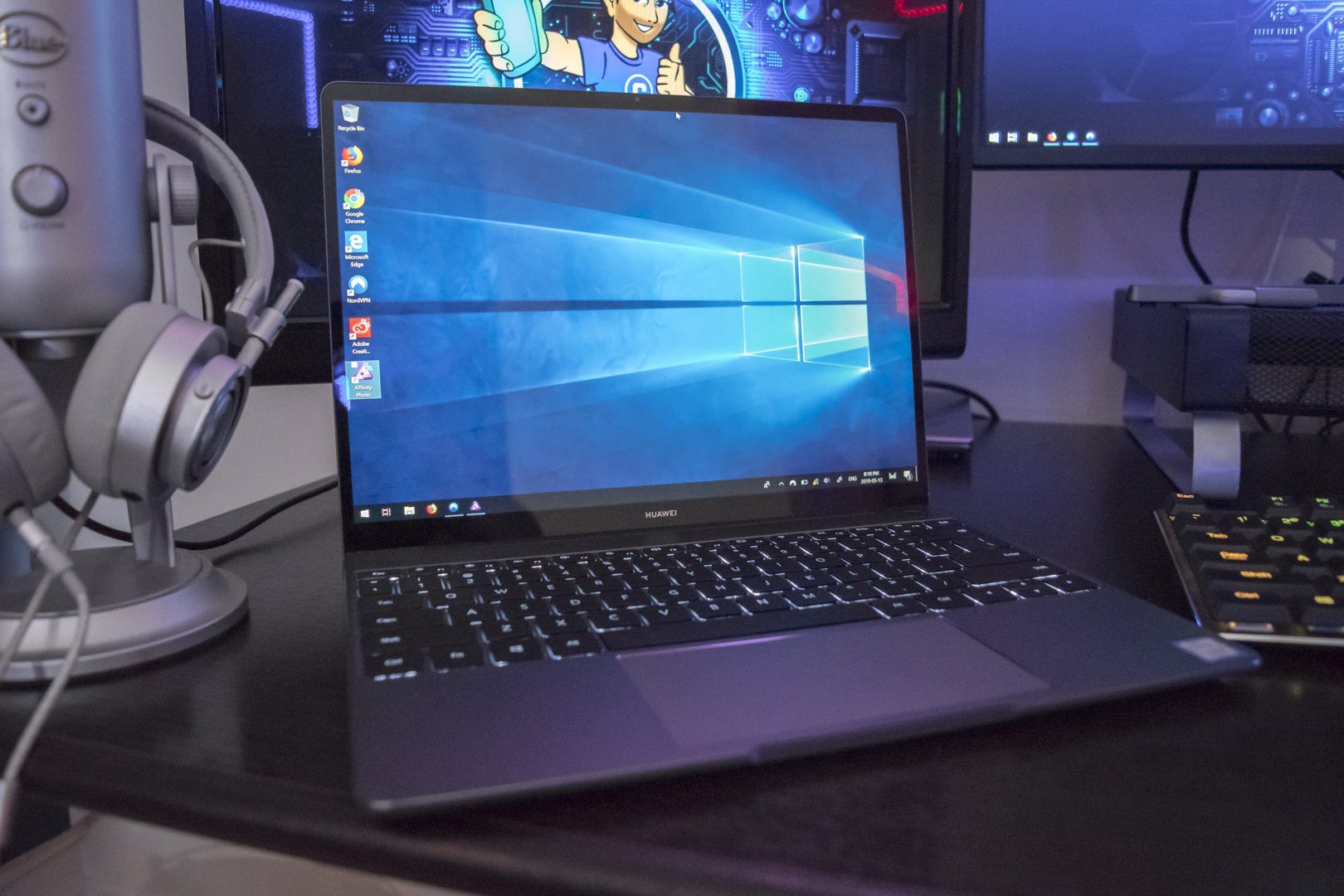