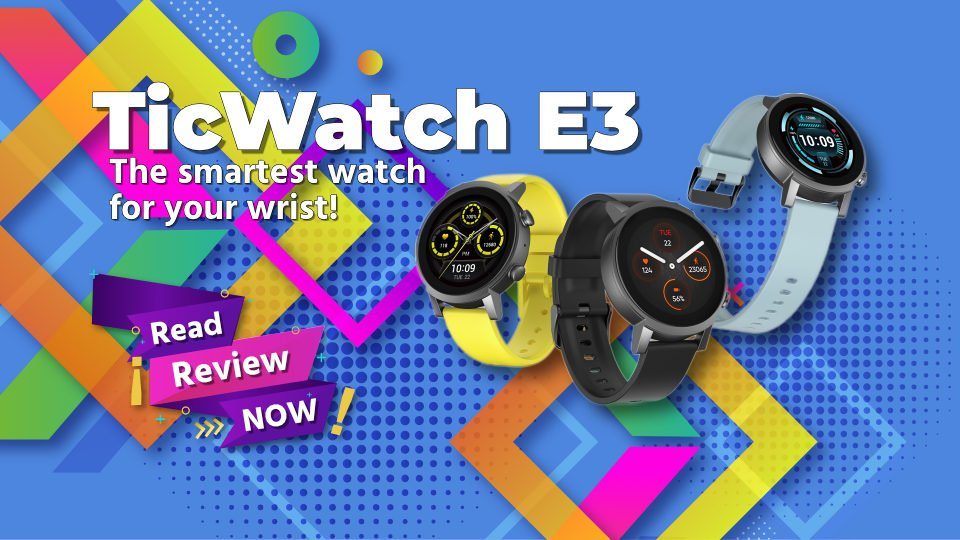 If you have an Android phone and want a smartwatch, the TicWatch E3 is the one to get. It can work with apps in the Google Play Store, has great voice control from Google Assistant, and it’s lightweight and comfortable. The TicWatch is one of the greatest smartwatches I have owned. It provided different watch faces to provide you with a screen showing the weather, time, percentage of battery & also how many steps you have taken within a day. The watch continues to count steps even if it’s not on your wrist & has to be put in your pocket due to your work environment.

The TicWatch E3 comes pre-installed with Wear OS and has access to the Google Play Store, so you can download apps for your watch and make contactless payments. It comes with several apps, including Google Assistant and a heart rate monitor.

The TicWatch E3 has a 2.5 curved HD display & offers a 4100 Qualcomm Snapdragon.

The screen of the TicWatch is bright and clear. It has a circular shape with a touch interface that is responsive to your touch. The colours are not too saturated or too dark.

The watch has impressive response times. I can switch between the operating system and apps quickly and easily without any stuttering or hesitation. I was also able to launch the Google Assistant by pressing the bottom button quickly, and smoothly and it responded instantly. The audio on this is quite surprising; Not only is the audio very crisp, but it is also quite loud, which is good. I have used it while it is on my wrist or while it is off & the ability to hear the music so loudly is excellent coming from such a small device. I would have to say that the audio quality from the watch even rivals some of the mobile phone devices and headphones that I’ve had in the past & current time. Surprisingly the battery life for this watch is quite good. The charge will last about three days if you don’t do anything with it besides just using it as a step counter, although if you are using other apps that came from the Play Store or the apps that come included with the watch, then you should get about a 12-hour window of a full charge. The smartwatch usually takes about 20 mins to about an hour to charge. The charger is a USB charger; You need a power block to plug it into any power outlet.

So my final thoughts on the watch are that by far one of the best tech purchases I’ve gotten in years. I wear my Ticwatch E3 almost constantly, and it still works as well when I take it off & put it in my pocket as when I have it on my wrist. The price is very reasonable for smartwatches on the market right now. The TicWatch E3 does quite a bit of thing well compared to some smartwatches I’ve had in the past. I highly recommend it if you are looking for a smartwatch to buy today.

Take the time to check out my previous review here.

Obsessed with technology, have used every phone that has been available within the North American market & love experimenting with all kinds of different tech. Usually, you can find me around Halifax & Dartmouth, Nova Scotia.

Efficiency Tips To Improve The Output Of Your Business

Tips That Will Help You Thrive As A Business Leader & Entrepreneur

Review: An Ergo 34-inch (34WN780) UltraWide Monitor by LG for the Modern Office