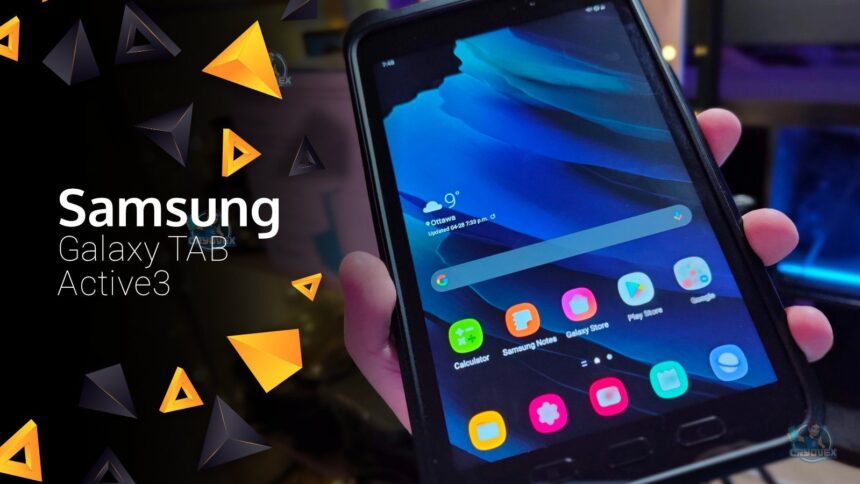 SHARE
Contents
A review of the Galaxy Tab Active3 – A Samsung TabletGalaxy Tab Active3 SPECSHow much will it cost?A Rugged Look at a Samsung TabletBENCHMARKSWhat did Samsung hide under there?Final Verdict?Can't read the articles right now? Save it for later! Subscribe to Android News & All the Bytes by entering your email — so you can read it during your downtime!

A review of the Galaxy Tab Active3 – A Samsung Tablet

The popularity of Samsung’s Galaxy Android smartphones and tablets has helped the company grow into a global powerhouse. Apart from its sought-after Galaxy smartphone line, Samsung sells several rugged devices for everyday busybodies and professionals. Its latest addition to the rugged tablet line is the Samsung Galaxy Tab Active3. The tablet built is for me, you, and everyone in mind. It’s a lightweight, rugged Android-based tablet built for the everyday use and abuse an operative on a mission can do.

How much will it cost?

The Canadian version, which I’m reviewing here, is the SM-T577U, and the retail price is $779.99. At the time of this review, you can only purchase this Samsung Tablet from the Samsung store.

A Rugged Look at a Samsung Tablet

The Active3 is a new tablet that shares form factor with the Galaxy A 8-inch model. It follows the same shape as the original Active2 but has rounded corners to prevent damage from accidental falls or impacts. 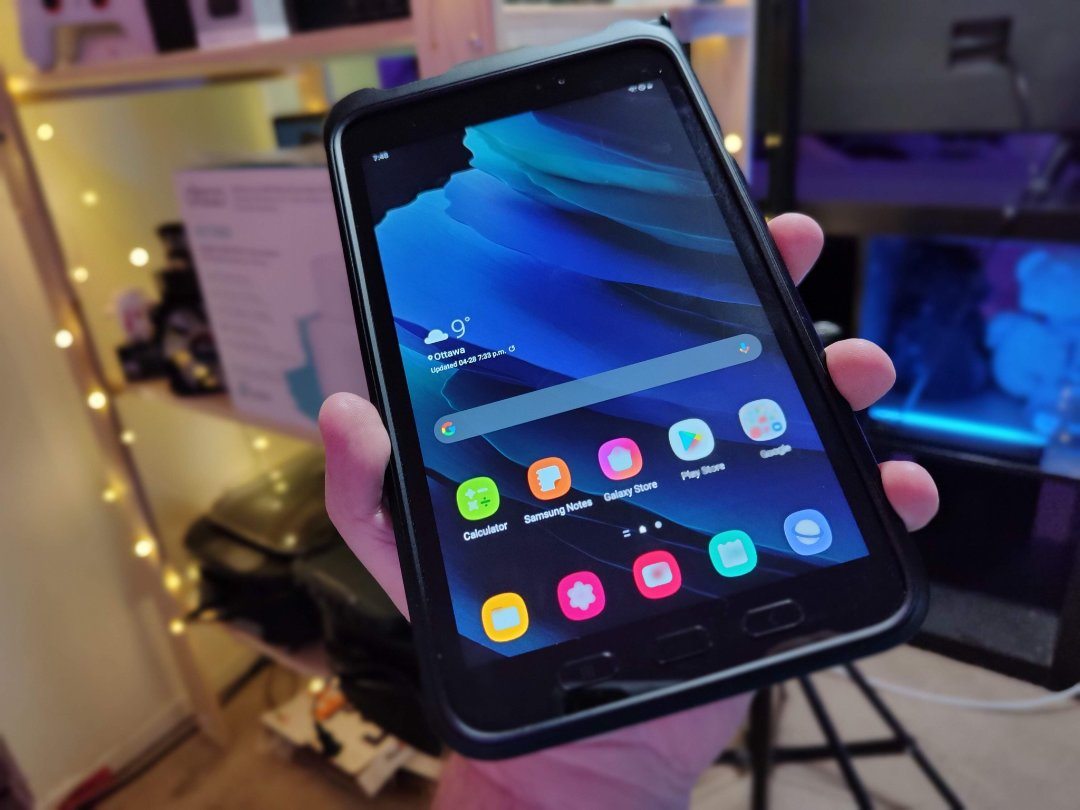 A battery of 5,050mAh is quite large and part of the Active3 weight. It can be removed and hidden behind a removable backplate. Samsung also employs a special cover called inbox cover, which houses the S Pen stylus. The dust and water-resistant S Pen is another useful feature that comes with it.

The 8-inch screen of the tablet is a 16:10 WUXGA PLS TFT LCD with a 1920 x 1200 pixel resolution. It’s bright and very readable in all weather conditions.

What did Samsung hide under there?

At the core of Active3 is one of 2018’s most powerful smartphones. The Samsung Exynos 9810 has eight cores running at 2.9GHz that support 4G LTE with 4GB RAM and 64GB storage. The Tab Active 3 tablet has built-in Wi-Fi 6 and Bluetooth 5.0 to ensure maximum connectivity with the latest wireless technology. Coming in with a user-replaceable battery that allows for fast charging through USB (up to 15W). We can find Pogo pins, as well as NFC with EMV Level 1 acceptance for contactless payment.

Don’t expect the Active 3 to be a powerhouse. It’s not a flagship tablet, and Samsung has kept costs down. You get the performance you’d expect from an entry-level smartphone with expanded storage.

You can expect to use it like you would an entertainment device. You can enjoy music, read, watch TV, movies and play some of your favourite Minecraft games. With the ability of Dex, you can set yourself up to work like you would a laptop or desktop. 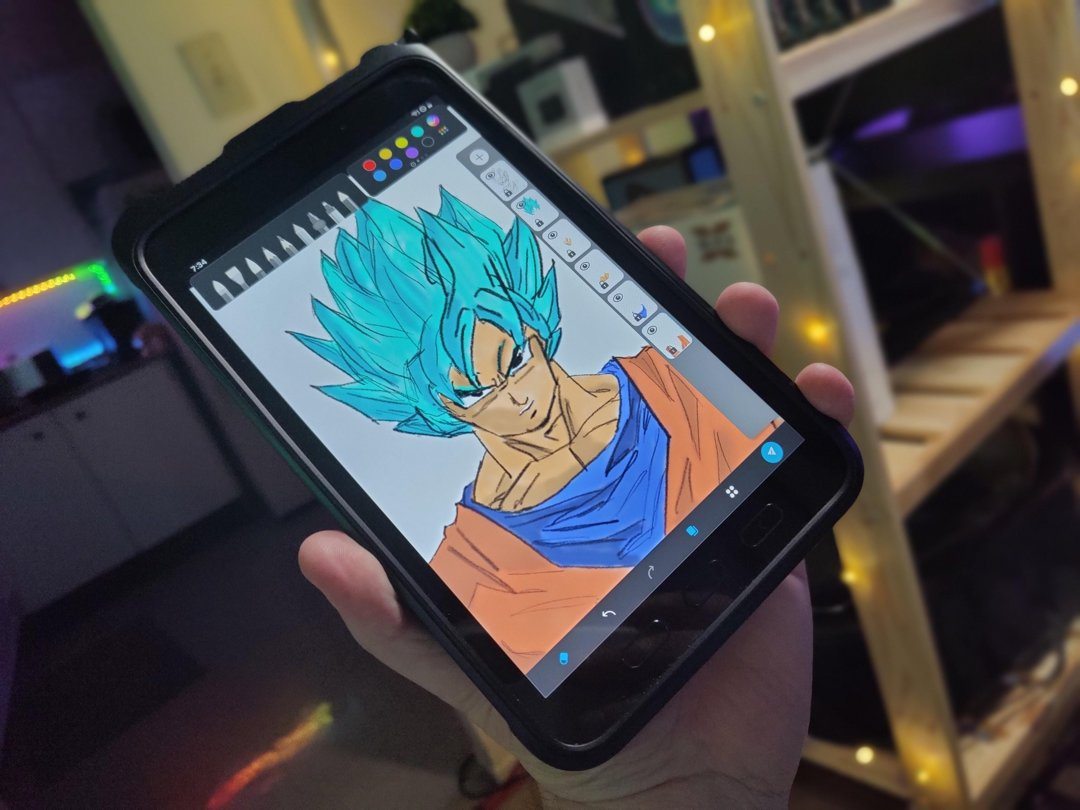 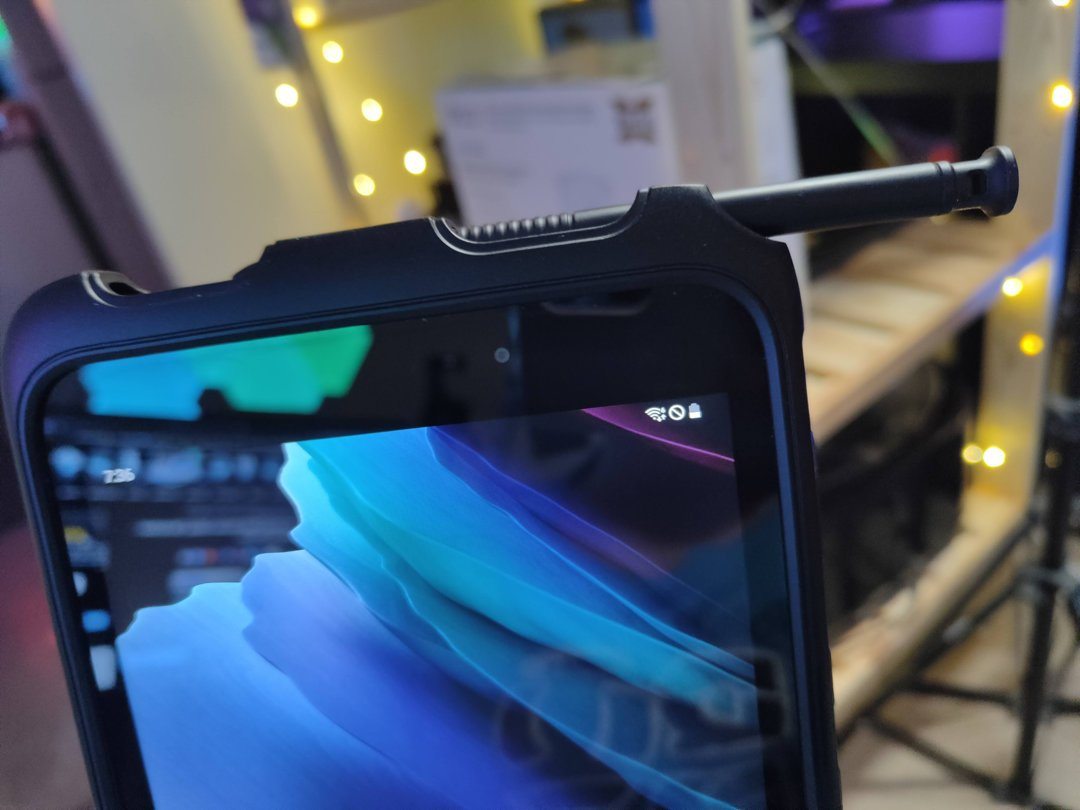 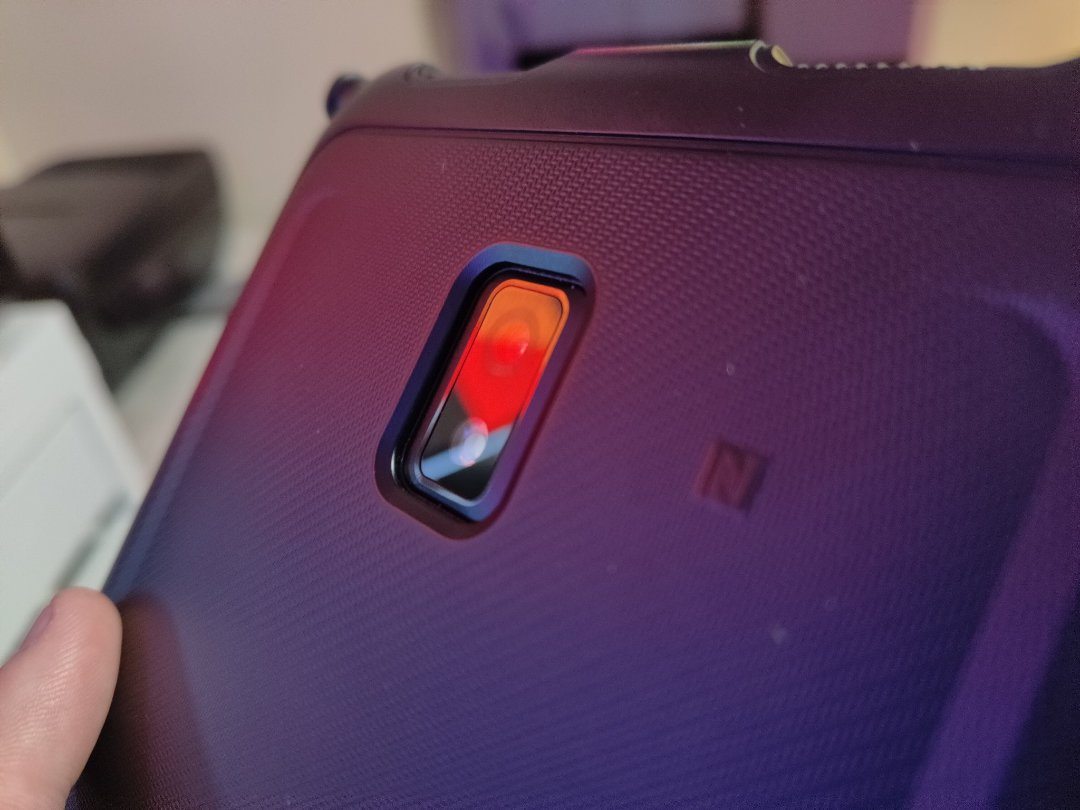 The Galaxy Active3 tablet can make phone calls and is also a great device for scanning barcodes. With the barcode scanner, retailers can scan products and manage inventory more efficiently.

I’m using the tablet to sketch some drawings. I also listen to music via Bluetooth, and I use it like I would my smartphone. I took some Zoom calls, and I also jumped into Discord. The Galaxy Tab Active3 delivers all the power you might need. You can play video games if that’s your go-to thing.

The Samsung Galaxy Tab Active3 is an incredibly rugged Samsung tablet that will appeal to kids, adults and even outdoor enthusiasts. It’s the ideal device for anyone who’s looking for a rugged Android tablet powered by Google’s ubiquitous operating system.

I loved the Galaxy Tab Active3, but it has a big problem, to get wide acceptance in people’s, lives the price will need to come down. Having been in a position to recommend tablets to people, this is a hard sell at $779.99. In the end, if you want a kid-safe tablet, travel safe, and that can provide entertainment and work? Look no further!

You can catch other Samsung-related reviews here.

Smartphone APP Ideas?
AdBlock Detected
Our site is supported by ads, affiliate links, and sponsored content. This helps us make money to continue what we do. Please whitelist to support our site.
Okay, I'll Whitelist
Welcome Back!