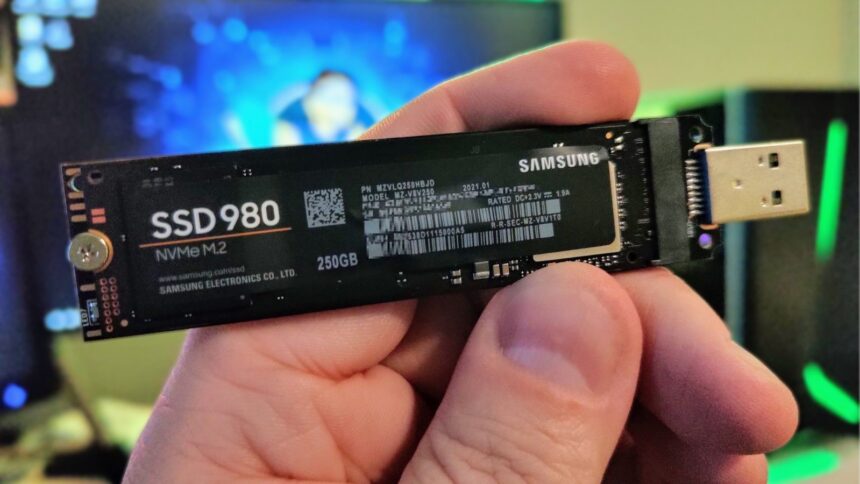 SHARE
Contents
SpecificationsIntro into Samsung SSD 980 series: ReviewSamsung SSD 980 BenchmarksThe test machine specification:Cyberpunk 2077 (ULTRA)Call of Duty: Warzone (ULTRA)Final Remarks & PriceVerdictCan't read the articles right now? Save it for later! Subscribe to Android News & All the Bytes by entering your email — so you can read it during your downtime!

Samsung has a long streak of differentiating its SSDs with added-value features that make them more than just another drive. The latest Samsung SSD 980 is the first retail-ready entry-level NVMe drive from Samsung that targets heavy-gamers, everyday pc users, and content creators. It’s the first to be sold under the brand without a three-letter suffix at the end (it’s not a PRO, EVO, or QVO drive). The successor to the 970 Evo series is poised to be the 980.

The Samsung SSD 980 is an entry-level NVMe SSD, using TLC NAND with a DRAMless controller, making it a new class of product for Samsung in the retail market and one they never produced before.

Samsung was gracious enough to send me one of their Samsung SSD 980 250GB M.2. In this next part, I’m providing a breakdown of what benchmark tests I came up with during my real-world test. As a consumer, I’m going to run this drive in my daily rig. I’m going to let you know how it performs.

I loaded a clone of my main rig onto the Samsung SSD 980 and started the show! 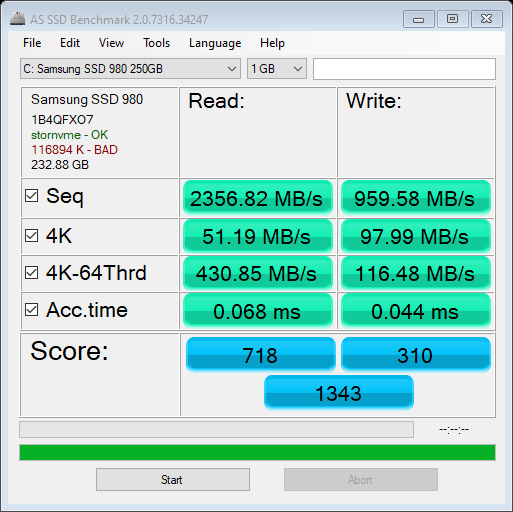 In the CrystalDiskMark 8 app, I used the default settings in my first analysis. The sequential read came to 1912.82 MB/s, while the write-only hit 1240.08 MB/s. Granted, this is still better than conventional mechanical HDD. The MIX read/write delivered only 1297.67 MB/s. 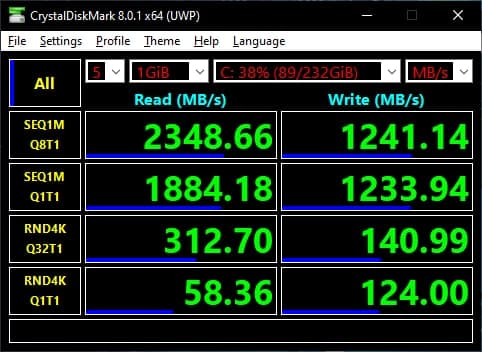 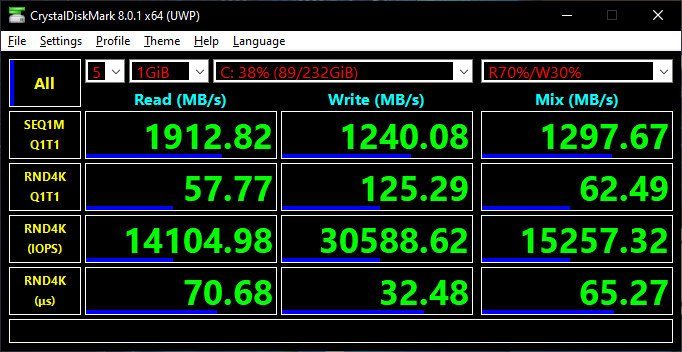 ATTO Benchmark is delivering some fascinating results of its own. In my 980 review, I can see a pretty responsive sequential performance at a queue depth of 1, but I note that the read performance slips up around 128KB-1MB file sizes. Peak sequential read/write speeds exceed 2.48/1.15 GBps, with write performance being far from the official rating. You do have to take into consideration that I’m doing under active use in a real-world format. 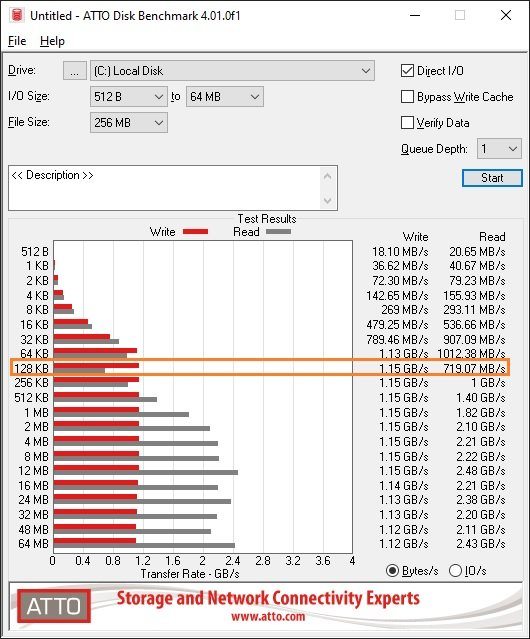 With my collection of files already connected, I initiated some file transfer to see how it performed while moving things around. I have various file sizes; It’s a mix of everything and anything, much like the average consumer, and ATTO demonstrated that quite well in the graph.

Those numbers are nothing ground break by any means; However, this entry-level next-gen storage device can compete. Samsung’s new DRAMless SSD, the Samsung SSD 980, is so affordable that it’s practically a steal. It can outperform all competitors in the DRAMless space and costs less.

Additionally, Samsung offers a piece of software called the Magician. In version 6.3, I can run benchmarks, check the status, and even set the device into full performance mode. Like the WD Black’s SSD Game Mode, this option allows the 980 to operate at peak performance by disabling the lower power states. There’s more to it than meets the eye.

I tested the load time from the desktop into the first initial screen seen by the game. The load time result came to 7.88 seconds. The following test from the game menu screen to active gameplay took 9.08 seconds.

I tested the load time from the desktop into the first initial screen seen by the game. The load time result came to 27.23 seconds. The following test from the game menu screen to active gameplay took 20.77 seconds.

The 250GB Samsung 980 SSD drive comes with a crazy low price point of $49.99. I know that for a majority of people, 250GB M.2 is small. I prefer to keep my OS, APP and DATA separate from each other. I professional experience, this will be more than enough for people wanting to get some substantial gain over SATA SSD’s and or standard HDDs. I’m still puzzled when I walk into a Best Buy, Staples, Walmart, and I see laptops, desktops still running on HDD.

The combination I would go for in case the larger M.2 are too expensive is to get the 250GB Samsung SSD 980, load only your OS and APPS on it. As a second thing to complete, get yourself a standard SATA SSD 2.5″ drive with at least 1TB of space for your games. For extended storage or things that don’t need frequent access, you can get your 2TB standard 7200 RPM disk drive.

I had no expectations when coming into the game with Samsung SSD 980, and my review has reflected how I went about to use it, test and share my experience with you. I recommend it to anyone; Check out the Samsung SSD 980 as a viable option for your M.2 HDD storage needs. There’s some good speed, load time is excellent, and the price is right where it should be.

4 Ways to Create a Sustainable Tech Business
Next Article

Spoiler: Smart Photo Frame Nixplay 10.1-inch – Review
AdBlock Detected
Our site is supported by ads, affiliate links, and sponsored content. This helps us make money to continue what we do. Please whitelist to support our site.
Okay, I'll Whitelist
Welcome Back!