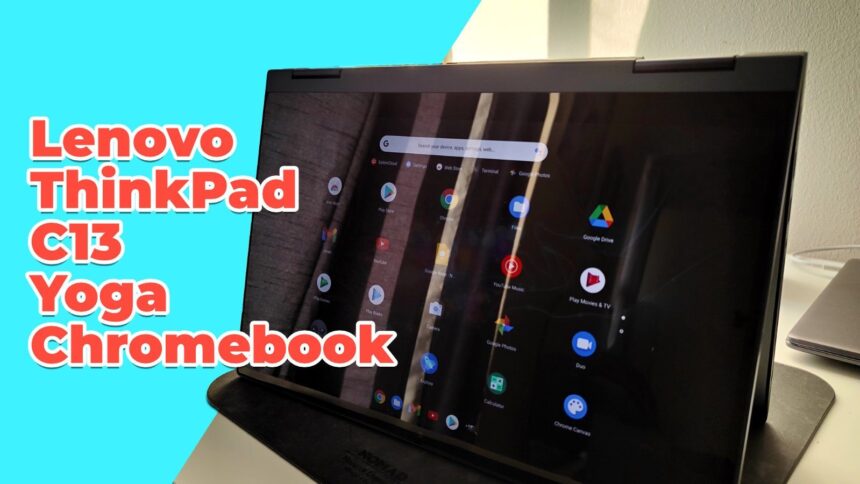 When it comes to Chromebooks, which have become the go-to devices for many consumers attracted to their simplicity and low price point, functionality is paramount. While most Chromebooks sacrifice power for functionality, the hardware on the Lenovo ThinkPad C13 Yoga Chromebook takes leaps forward in terms of being the Chromebook to own. This powerful Chromebook is future-proof and will last you much longer than competing Chromebooks.

A Chromebook can’t stand up against a dedicated laptop in terms of performance, but it still offers lots that you can’t find elsewhere. If you are looking for a 2-in-1 laptop, you might have to compromise on the display, but even with an FHD screen, you’ll be able to work on that big spreadsheet or write up an e-book recounting your most recent trip to Paris.

The Lenovo ThinkPad C13 Yoga Chromebook I tested wasn’t slow. It’s thin, stylish, and well-equipped for power users and those who spend a lot of time working on multiple documents at once. No matter how much you organize your photos, videos, music, or work documents, there’s more than enough with 4GB of RAM and 128GB worth of storage to store them without interruption. It even has WiFi 6, LTE, Bluetooth 5.0, and a headphone jack, so you don’t have to unplug if you use headphones while you work. I do wish that the base model would make the jump to 8GB of RAM. 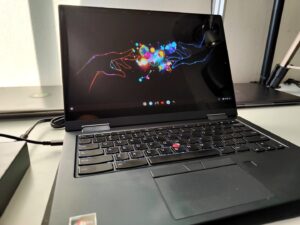 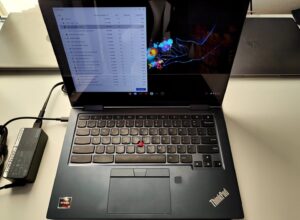 Consider that I use Chrome heavily for most of my activities such as doc, email, music, entertainment of all sorts, and some Stadia, I was impressed. Taking things further, I installed some Goole Play apps and even GIMP. GIMP is a full-feature image creator available on Linux operating system. Did I abuse this Chromebook? You bet! I learned that having 20 or so tabs, music, GIMP, I was pushing my luck.

For some additional entertainment and if you do like to play video games, you can get yourself a subscription to Stadia, which will allow you to play some of the latest titles directly on the Chromebook. The cloud takes care of all the hard work.

With all this work, the Lenovo ThinkPad C13 Yoga will deliver about 4-hours of battery power. Blessed with rapid charging, you won’t have to wait long. 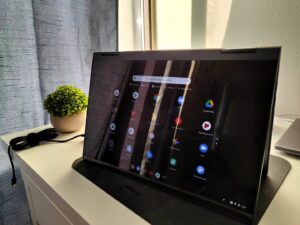 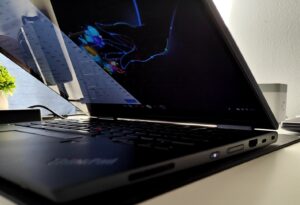 With the latest AMD 3000C-series CPUs, the Lenovo ThinkPad Yoga C13 Chromebook is one of the most versatile Chromebooks available. You’ll pay a premium for its best features, but considering it’s a Chromebook, that means it may last you for many years to come, and it’s still cheaper than some of its closest rivals. If you decide to buy a Chromebook, this model might be the one for you.

Because I think Lenovo could better by increasing the base models directly to 8GB of RAM, I’m giving it a 4.5/5 star.

You can also check on my previous review: Lenovo Legion 5

iON Wireless Duo FAST Wireless-Charging by iOttie is unique: Review
AdBlock Detected
Our site is supported by ads, affiliate links, and sponsored content. This helps us make money to continue what we do. Please whitelist to support our site.
Okay, I'll Whitelist
Welcome Back!