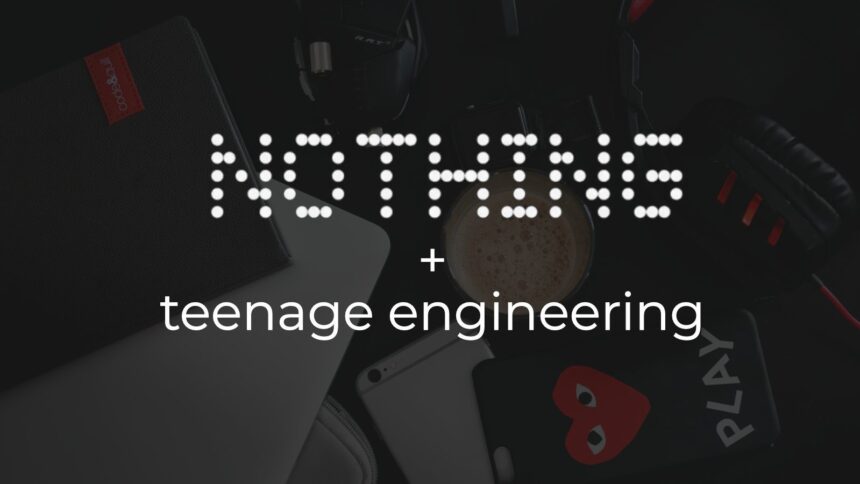 NOTHING & teenage engineering are partnering UP!

NOTHING – One of Europe’s most forward-thinking consumer tech brands. Former One+ Co-founder Carl Pei has raised over $22 million for a new venture to remove barriers between people and technology. The new line of products is to be beautiful, yet natural, and intuitive.

Partnering up with Swedish-based teenage engineering™, owned by Jesper Kouthoofd. He is the co-founder of Acne, a company famous for luxury fashion. This team has been developing highly acclaimed products for people who love sound, music, and design.

teenage engineering™ is a Stockholm-based company that has been praised around the world for its unique knack for design and industrial prowess. Its products have been used by world-famous musicians since its first portable synthesizer, the OP-1, was launched in 2010.

“I’m really excited to welcome teenage engineering to the growing Nothing family. They consist of some of the best designers and creatives that I’ve had the pleasure of working with. Together, we’ve created a product roadmap that’s unique and true to Nothing’s vision.”

Carl Pei, CEO & co-founder of Nothing.

The new company is releasing their first product in the coming months!

Finally, the company recently opened up its investment opportunities to its community. As of today, over 20,000 people have signed up for early access with $30 million in committed capital. The crowdfunding campaign will start on March 2.

Amazing SALE! iOttie Accessories as much as 20% OFF

Amazing SALE! iOttie Accessories as much as 20% OFF
Next Article

Top 5 Crazy Smartphone Gadgets & Accessories of 2021
AdBlock Detected
Our site is supported by ads, affiliate links, and sponsored content. This helps us make money to continue what we do. Please whitelist to support our site.
Okay, I'll Whitelist
Welcome Back!