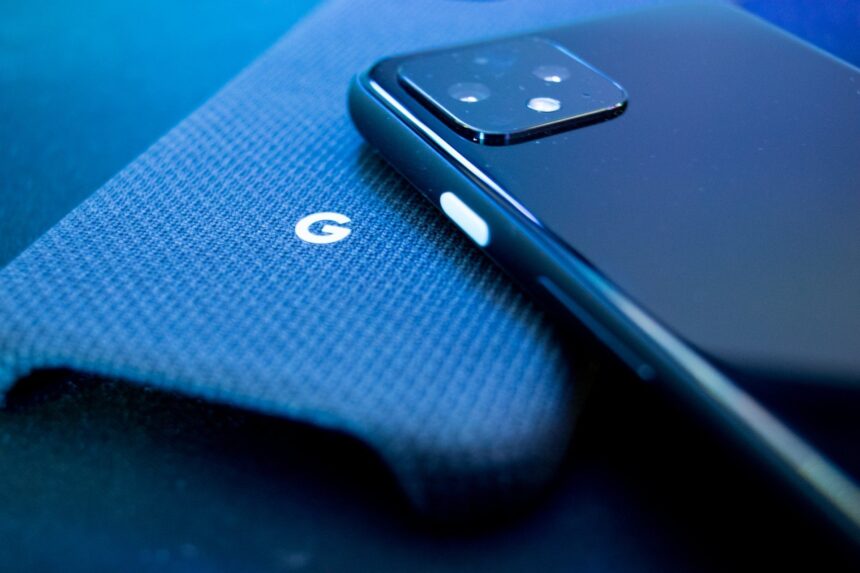 SHARE
Contents
Google’s Pixel 4 was announced just around the corner in early October. I’m 2-weeks into using the Pixel 4. What should you know of the Pixel 4? The use of the cameras and AI on Google’s Pixel 4 is quite impressive.KEY SPECSHow’s the design?How’s the display?What do I think of the cameras?How are the speakers?How’s the battery life on the Pixel 4?Full SpecsHow’s the software?Pixel 4 security? Face-unlock?What can you do with the Pixel 4?How do I use it?Should you get the Pixel 4?Can't read the articles right now? Save it for later! Subscribe to Android News & All the Bytes by entering your email — so you can read it during your downtime!

If you’re into the Pixel line of devices, you know that the streamlined experience is what you want. The sleek design, the cameras, the simple Google UI. Some would call it the pure Android experience.

Google’s Pixel 4 runs the latest from Google. It just makes sense that Google releases the device with the freshest version of Android available. It gives the Pixel 4 an edge on other devices.

It’s a boatload of features driving Android 10 on the Pixel 4. 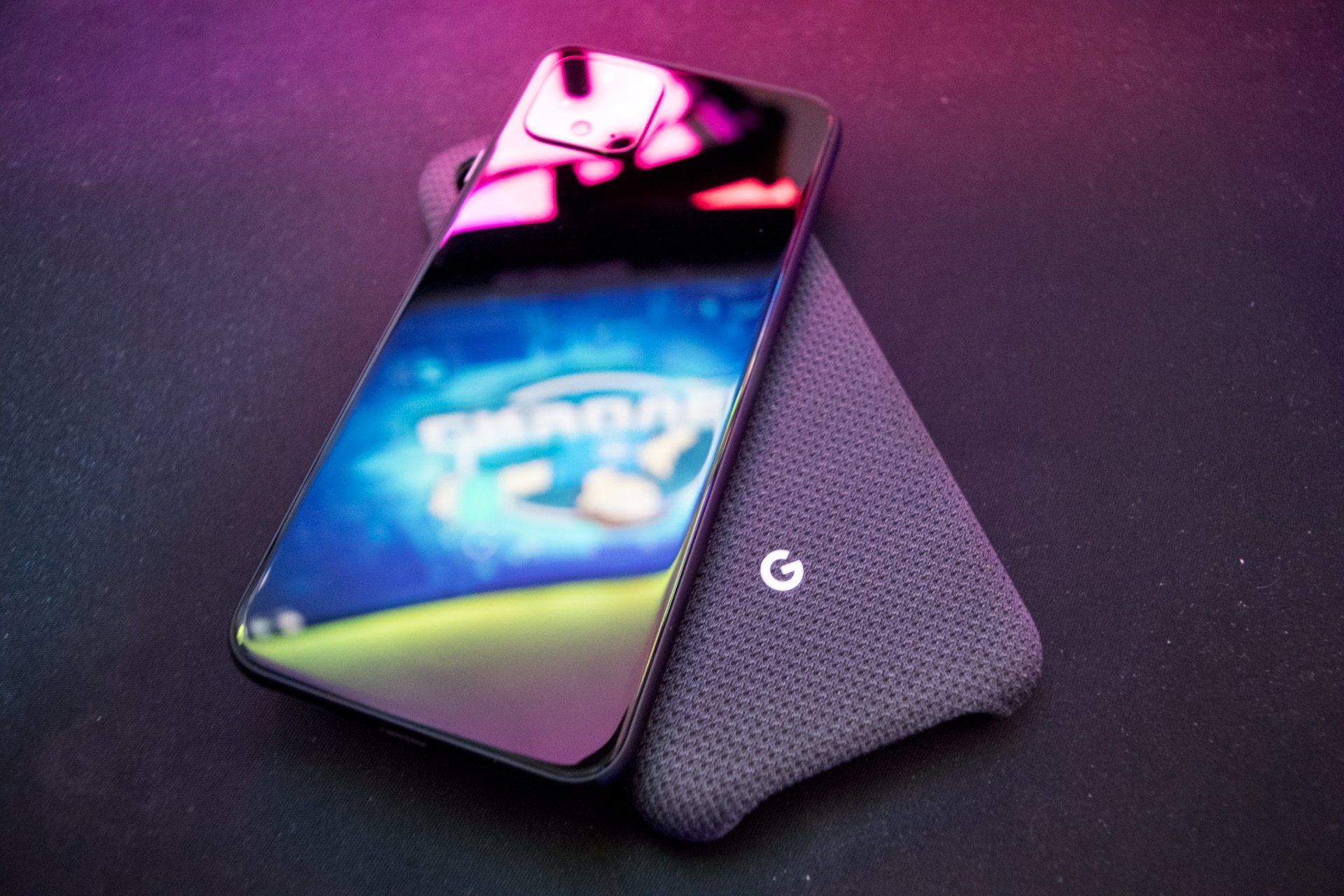 The approach taken for the Pixel 4 is a unique blend of functional and minimalist. The design lacks the “WOW” that you’d get from a new device. The body is composed of glass, metal and plastic. The sturdiness of the “Pixel 4” is done quite well, however.

The heftier concept that is Google’s Pixel 4 generates a weird style that is provocative. I’ve seen people make all sorts of comments, but in the end, they all went ahead and dived into the Pixel.

The back offers a cold glass feeling with its unique array of cameras. Google is known for its ingenious use of their cameras and AI. The pictures are something that others relish.

My take on the Pixel 4 is the design wasn’t inspired, more so something practical instead of new and shiny and less risqué. Google played it safe versus being a bit daring. Had they added a touch of flair, I think people would notice it a lot more.

The Pixel took a lot of flack for its previous device screens. In this fourth-generation, Google is aiming to improve that with a smooth 90Hz screen.

The November update has made some corrections, which now ensures that Smooth Display is on by default. Essentially means the Pixel 4’s 5.7-inch, 2280 x 1080 OLED panel updates on-screen content more frequently than the 60-Hz displays in the majority of phones.

Ever so smooth when things fly by on the screen.

The Pixel 4 has a new Ambient EQ feature, which modulates the white balance to suit lighting conditions. I was intrigued and impressed with the dynamic range. The details in the videos between dark, light and complex textures we’re full and enjoyable.

Given that we use our smartphones everywhere while being outside, you’ll notice that the display won’t be bright even if you have full brightness. If you compare this to other devices on the market, you’ll be able to see what I mean.

The brightness of the screen is at 65% while I’m inside a well-lit workspace. Reducing the brightness under 50% starts to degrade the clarity of the display. 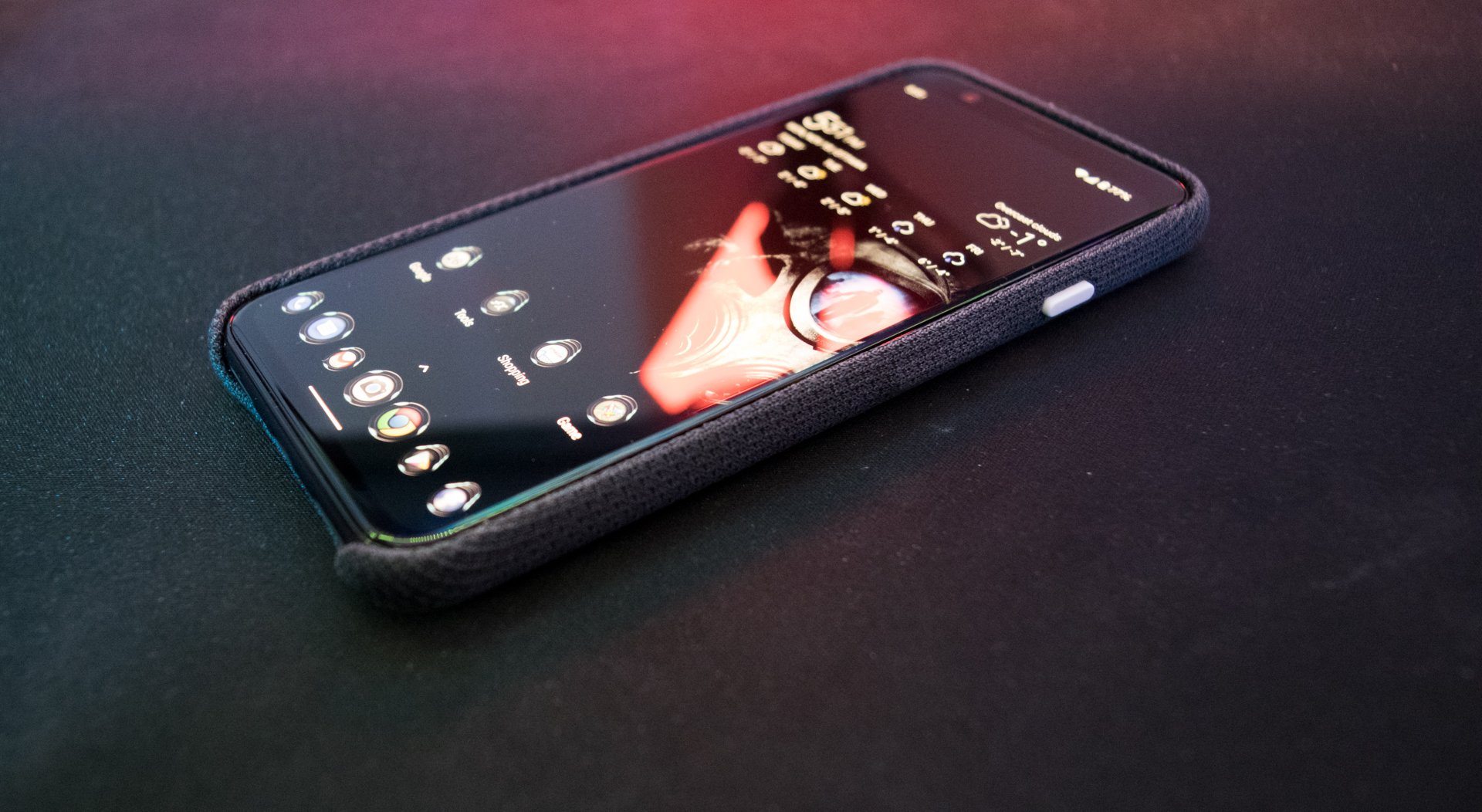 What do I think of the cameras?

I am in love with how the pictures are turning out to be on the “Pixel 4”. I’ve touted praises of the Huawei P30 Pro, the Pixel 2 XL and even the Samsung Galaxy Note 10+. The Pixel 4’s cameras and AI are at the top of the game as usual.

The first sensor is 12.2 megapixels with a ƒ/1.7 lens. There’s a second shooter now — a 16-MP, ƒ/2.4 telephoto lens — that, combined with Google’s Super Res Zoom technology, supplies the Pixel 4 with an incredible range: up to 8x with little to no loss of quality.

Google’s Pixel 4 “Super Res Zoom” is part of its imaging strategy: a mix of computational photos with AI to do what the hardware can’t achieve on its own. It’s the ability to create realistic photography that delivers colour accuracy, white balancing and dynamic range.

The new Dual Exposure controls enable you to adjust highlights and shadows independently while shooting. As with Live HDR+, you’ll see the results in real-time, which makes the whole experience more fun.

Surprisingly Google’s HDR+ and mix or AI knew what was best. Little to no fiddling required. 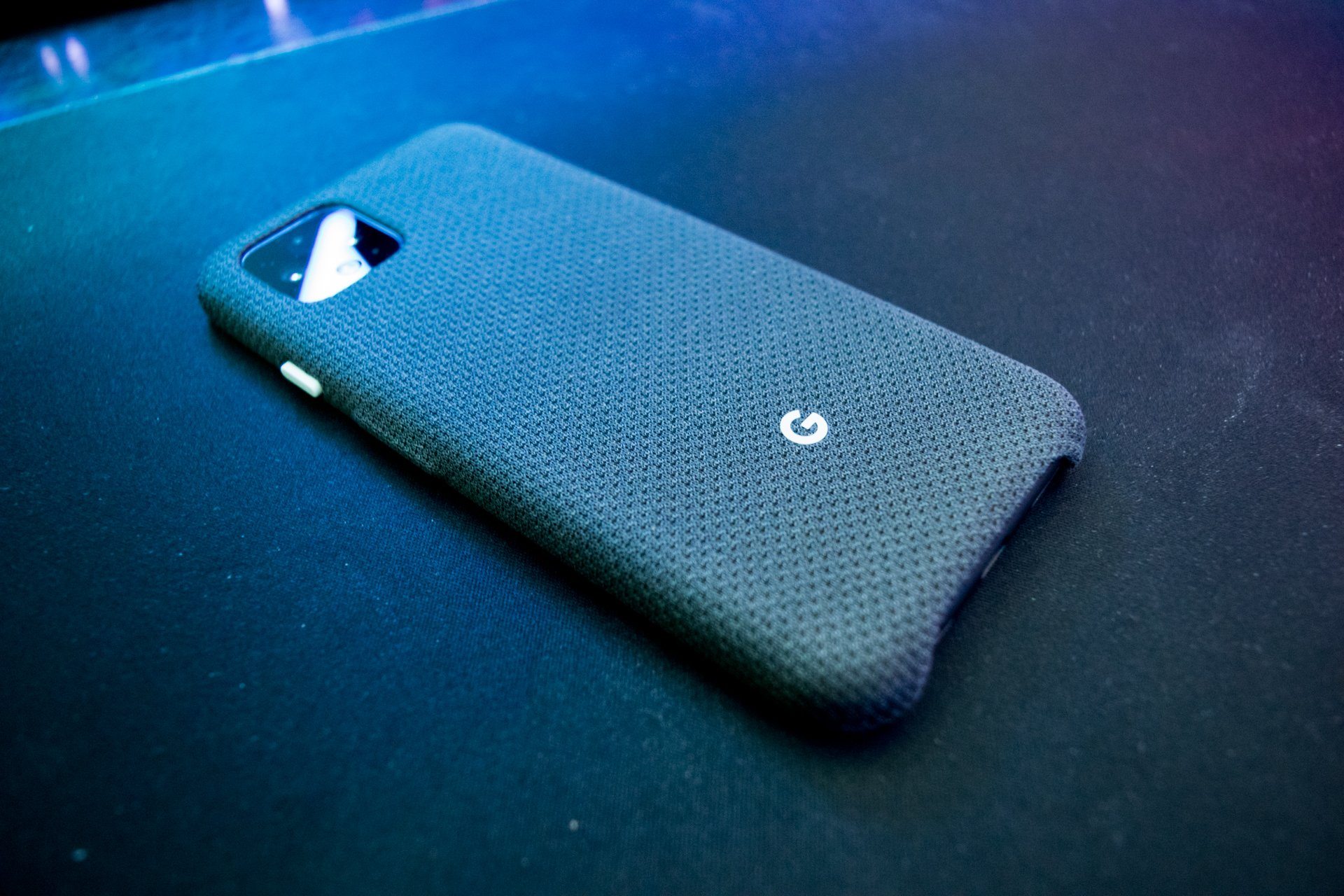 How are the speakers?

Although only one front-firing speaker is noted, the bottom edge of the smartphone also offers a speaker there as well. Google managed to provide you with excellent sounding speakers even though you do not have 2 of them facing you directly. What’s more, they sound better than the previous generation.

There’s no headphone jack on this year’s device. As it would be from the previous gen, you’ll need to use a USB-C adapter. The good old’ days of analog are now relegated to the past.

How’s the battery life on the Pixel 4?

There is nothing stellar to write about when it comes to the performance or longevity of the battery. You can expect less than 20 hours’ worth of usage and less than 4 hours of actual screen time.

Google could implement some tweaks that would likely make this better. At a minimum, I’d like to see 5+ hours of screen time and still maintain that 20 hours’ worth of usage.

It does annoy me to see that over 7 hours, I’m losing nearly 15% of my battery, especially when it’s supposed to be dozing. I went as far as disabling, WiFi, Bluetooth and Data at night. It made no difference by the morning.

Android 10 is the latest and greatest from Google. But this isn’t the only fun thing. The “Pixel 4” is loaded with “Motion Sense”: it gives you the ability to control your device with some gestures. Peaking your hand over the device will bring up the display so you can see what notifications you have. If you are a music lover, you can swipe left and right to forward to go back! Without diving strictly on this neat little feature, I’ll let you discover it on your own.

Facial biometric technology got enhanced on Google’s Pixel 4. Ok, the technology still needs some work, but it’s replacing the fingerprint sensor. Mapping your face in real-time with 3D depth and other sensors is what’s behind this. Unfortunately, at this time, it still suffers from snafus. People reported early on that you can unlock the phone even with your eyes closed. It ignited some controversy among people and for good reasons.

I’m still looking at Google for releasing a fix and a serious update to the facial biometric. In the meantime, you can use pattern, password and pin if face unlocks isn’t for you.

Gesture navigation is the norm in today’s Pixel 4 world. You can still bring back the bottom navigation button if you need them. I prefer to have more screen real estate in this case.

An impressive software feature built-into the Pixel 4 is its ability to do close caption on anything that’s playing on the device. It only works for English at the moment. You can also do voice recordings with the transcript.

There’s a lot more in terms of software and features that can be discussed. You’ll be pleasantly happy to know that the experience is of what a Pixel device should be, less bloat.

The top part of the smartphone hides the Soli sensor. This sensor is used to beam an infrared LED in your face. The fun part is that you can’t see it. With your face illuminated and covered with dots using infrared light, the face-unlocks the IR cameras and grabs an image. This information is safely stored in the TITAN chip on the smartphone.

What can you do with the Pixel 4?

It will entertain you in many ways. Load your favourite game, watch your favourite YouTube channel or stream your best playlist. Not the entertainment type? You can work, write emails, message your BFF or Snapchat away.

Google’s Pixel 4 will let you get to all the usual things you like to do. Give it a shot.

I use my Pixel 4 for games like Fire Emblem, Onigo Hunters, Pokémon Go, NOVA 3. I also use it to shop online, write emails, chat online and Insta a lot of things.

It’s currently also my primary shooter for taking pictures. I do use it to stream music. It’s an all-purpose device that can deliver to my needs.

Should you get the Pixel 4?

Google’s Pixel 4 will cost you $749 (CAD) out of pocket. I believe this to be a fair price. I would prefer to see it closer to $649.99. Why? Because it only comes with 64GB of storage and 6GB of RAM. Other devices in this price range offer slightly more hardware.

What it does offer is a feature-rich device with touches that the everyday consumer needs. Hand hovering over the display to get a peek, flipping the phone over for silent, squeeze for the assistant, AI processing for photography, 90Hz display for smooth fluidity and more.

Get yourself a Google Pixel 4: you will not regret it! 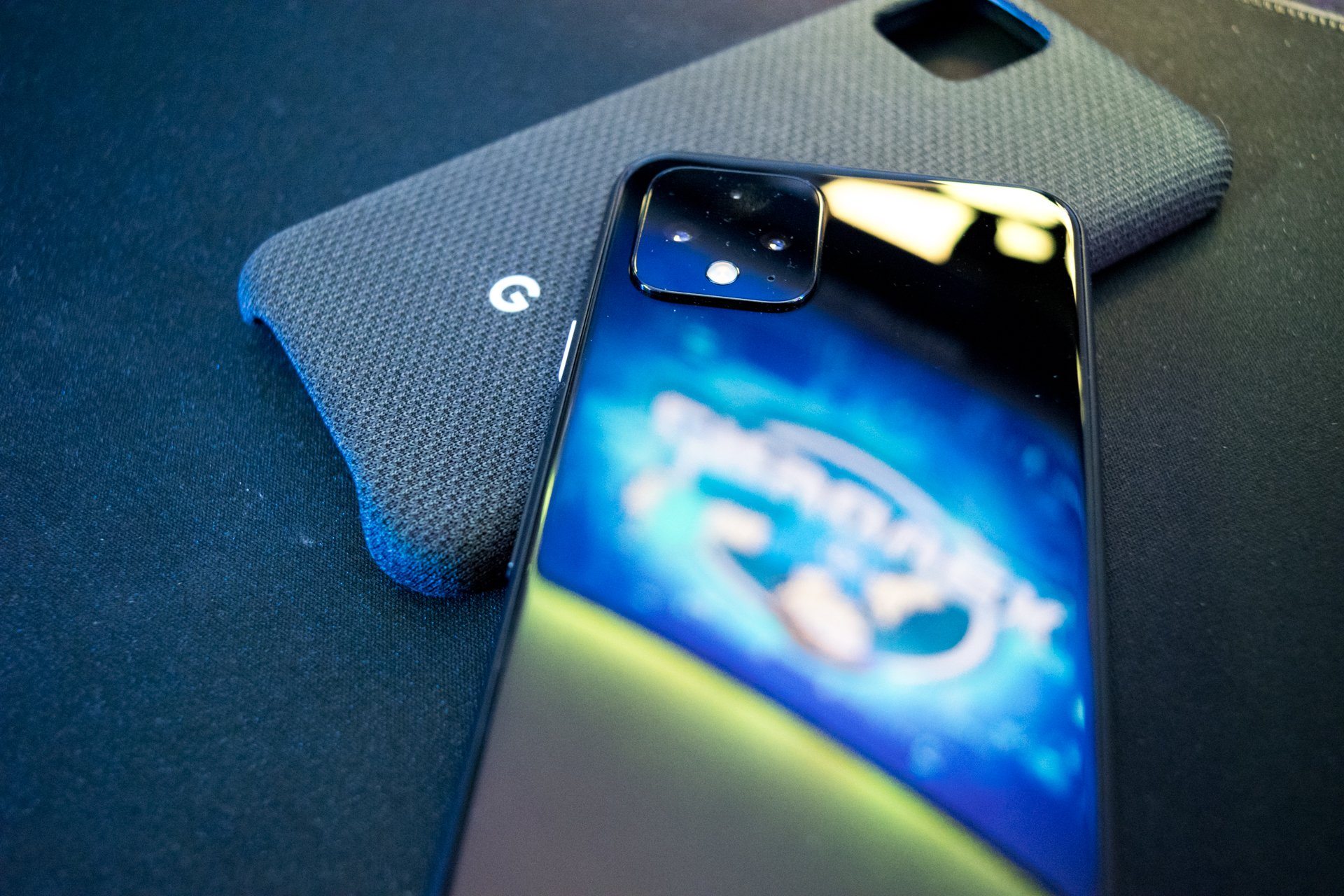 Morph – Fastest way to power all your devices (Indiegogo)
Next Article

dbrand’s LIMITED Teardown Pixel 4 skin!
AdBlock Detected
Our site is supported by ads, affiliate links, and sponsored content. This helps us make money to continue what we do. Please whitelist to support our site.
Okay, I'll Whitelist
Welcome Back!