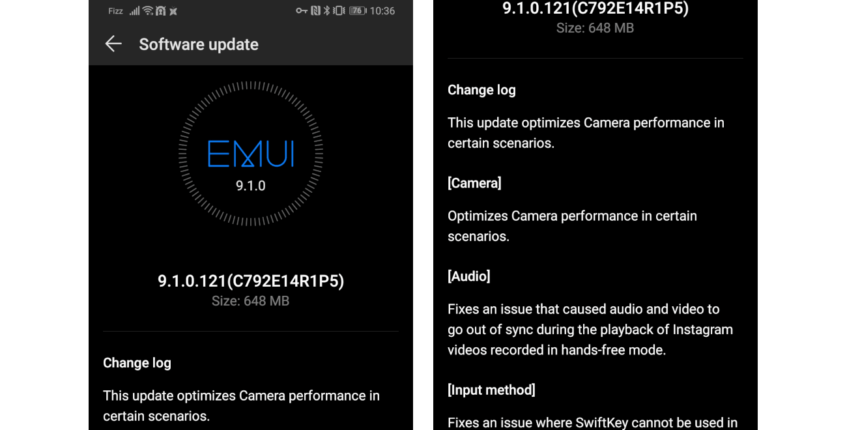 The recently release Huawei P30 and P30 Pro in Canada has just received an update. The version of the update is 9.1.0.121 while others outside of Canada have noted that version is 9.1.0.124.

The current update cites camera improvement to scenes as the major note. We can also see from the log that some audio fixes we’re implemented due to being out of sync. We see some software updates to Swiftkey, the always on display now shows the third party notifications and of course some security improvement April 2019.

The biggest thing for me since there’s no notification LED on the device is “always on display”! Now that third-party notifications are actively showing up, it’s definitely more useful.

Google Drive has a new look?
Next Article

Viper Gaming V770 Mechanical Keyboard : Review
AdBlock Detected
Our site is supported by ads, affiliate links, and sponsored content. This helps us make money to continue what we do. Please whitelist to support our site.
Okay, I'll Whitelist
Welcome Back!