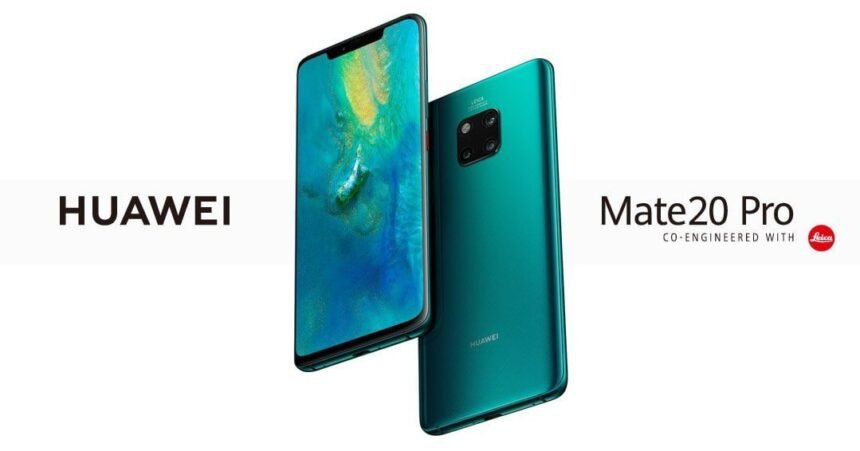 SHARE
Contents
[Update][/Update]Huawei Mate 20 & Mate 20 Pro released Canada which will be available later in the next few weeks for Canadians. I featured not that long ago the Huawei P20 Pro which you can read my full review here.Can't read the articles right now? Save it for later! Subscribe to Android News & All the Bytes by entering your email — so you can read it during your downtime!

TORONTO, ON. —October 25, 2018—Huawei Canada’s Consumer Business Group (CBG) announced today that the highly anticipated and critically acclaimed HUAWEI Mate20 Pro smartphone will be available in Canada beginning Nov. 8, 2018. Consumers will be able to pre-order their Mate 20 Pro today, with selected carriers offering a special gift – a HUAWEI WATCH 2 or a HUAWEI MediaPad T3 10 tablet – for a limited time on select two-year plans.

The Mate 20 Pro will be available from Canada’s major carriers:

Huawei Mate 20 & Mate 20 Pro released Canada which will be available later in the next few weeks for Canadians. I featured not that long ago the Huawei P20 Pro which you can read my full review here.

What Key Features of the Huawei Mate 20 Pro makes it the next gen?

This is just some hightlights of what makes the Mate20 Pro an awesome device on paper. The device is also rated for IP68, which is dust and water resistant.

The Matrix Camera System includes Leica Ultra Wide Angle Lens that lets users not only see wider, but also closer with its new macro distance capability. The Hyper Optical Pattern on the glass back plays with light and shadows, producing an iridescent optical effect that is immediately captivating. The Matrix Camera System adopts the iconic Four-Point Design that exudes personality, giving the device a unique visual identity that is recognizable even at a distance.

The HUAWEI Mate 20 Series is shipped with the highly customized Android P-based EMUI 9 operating system, on which consumers can enjoy all productivity and entertainment features easily and conveniently with a few simple taps and swipes.

Sony Xperia XZ2 Android Pie rollout in Canada!
AdBlock Detected
Our site is supported by ads, affiliate links, and sponsored content. This helps us make money to continue what we do. Please whitelist to support our site.
Okay, I'll Whitelist
Welcome Back!