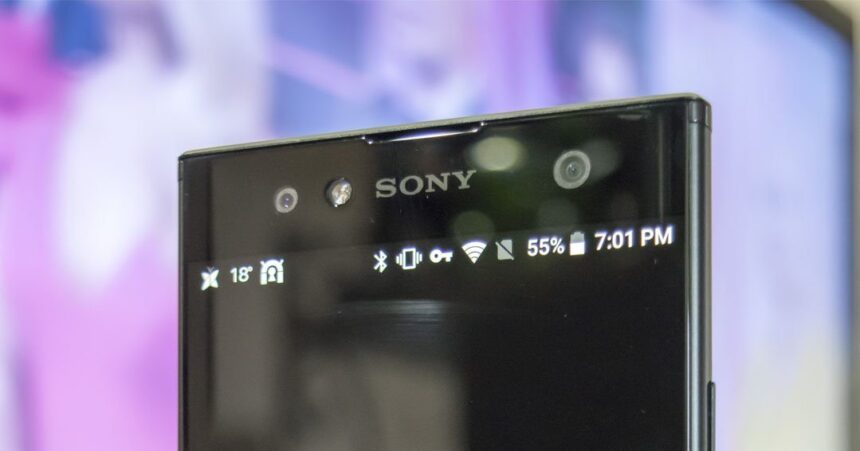 SHARE
Contents
It’s 2018 and Sony didn’t skip a beat. The Xperia XA2 Ultra was announced back at MWC 2018 and it’s been making its rounds in the hands of many reviewers. However, most, haven’t had the pleasure of using Sony devices throughout the years. I’ve always enjoyed the devices themselves. Let’s kick it up with the Sony Xperia XA2 Ultra Review!The DesignThe DisplayThe BatteryThe CameraSony Xperia XA2 Ultra – Photo sampleThe SoundThe PerformanceFinal ThoughtsCan't read the articles right now? Save it for later! Subscribe to Android News & All the Bytes by entering your email — so you can read it during your downtime!

It’s 2018 and Sony didn’t skip a beat. The Xperia XA2 Ultra was announced back at MWC 2018 and it’s been making its rounds in the hands of many reviewers. However, most, haven’t had the pleasure of using Sony devices throughout the years. I’ve always enjoyed the devices themselves. Let’s kick it up with the Sony Xperia XA2 Ultra Review!

The Xperia XA2 Ultra is aimed at the budget conscious consumer who isn’t looking at getting the latest and greatest device on the market which can literally cost well over $1100 now. I still think that at its current price in Canada the device is still a bit out of touch with most. I would market this to be in the range of $419 CAD personally. Freedom Mobile has it listed at $520 and Videotron has it for $529.95 and this is slightly over what I thought the device would have been.

While some might say this is in the affordable category, I think that my lower value device is more in-line with affordable.

If you’ve been part of the Sony family, you’ll instantly recognize the design tired design used. The slightly curved back, the more rounded corner is Sony’s attempt at bringing the device to light and trying to make it in the budget market. The device is heavy in your hands, the feeling of premium built, while this is true since Sony does take pride in providing a premium experience even with their lower end devices, you’ll easily see that the metal framing isn’t all around. The back of the device offers a plastic shell that blends in with the uni-body.

There’s not a lot of grip on the device and it does feel quite slippery. This isn’t anything new, all Sony devices have that slippery tendency. 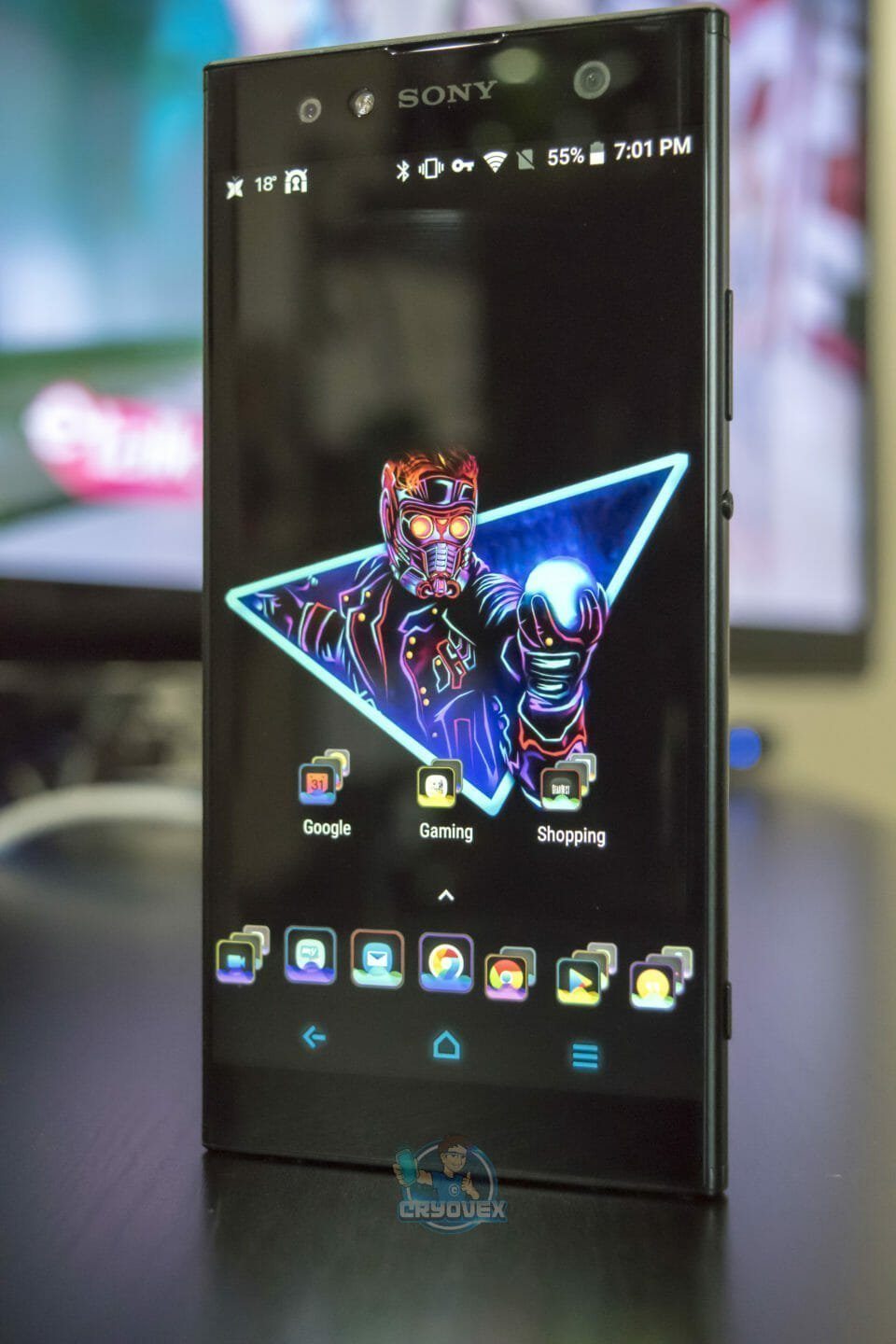 Something that hasn’t been seen on a Sony device has been the fingerprint sensor, this is not a part of the design and it’s placed just right on the back of the device for easy accessibility. It is quite responsive and fast and doesn’t leave you wondering if it’s read your finger. I do think that the fingerprint sensor sensitivity could be lowered, it attempted to read my palm a several times while I wasn’t near the reader.

We have a headphone jack! Something that’s been missing from a lot of the newer devices. This will probably bring joy to many hardcore audiophiles that are ardent getting their music in. The bottom of the device features your standard USB-C port alongside a single firing speaker that does get pretty loud.

As with Sony’s line of devices, the power button and volume rocker are centrally located on the right-hand side and spaced apart accordingly.

Featuring a large 6-inch display in Full HD is what you need when it comes to playing games or watching some YouTube. I think that’s one of the best things to have on a smartphone, the largest screen, the real estate for it. The market for a smartphone that offers a large screen to body ratio isn’t that big and Sony has managed to shine with the Xperia XA2 Ultra. The display is very crisp, clear and it’s perfect for entertaining yourself.

If you’re picky about how the screen colours are, you can easily adjust them in the display settings of the device to where you like them.

You might have noticed that large chin at the bottom and the top, while some will argue that it’s awful, I think this a perfect spot to put your thumbs when actively gaming or watching a movie. Sure you could always use a stand, but what if you’re in bed? On the train? Or anywhere else for that matter? You have a nice resting spot that doesn’t interfere with what’s happening. On the flip side of that, you can easily notice that Sony has made every effort possible to push the display to the edges of the left and right to give you all that viewing space. It’s made for a bit of a challenge at first when I was playing games that are vertical. Grabbing the edges meant I was touching the screen and getting some reactions that I didn’t necessarily want. 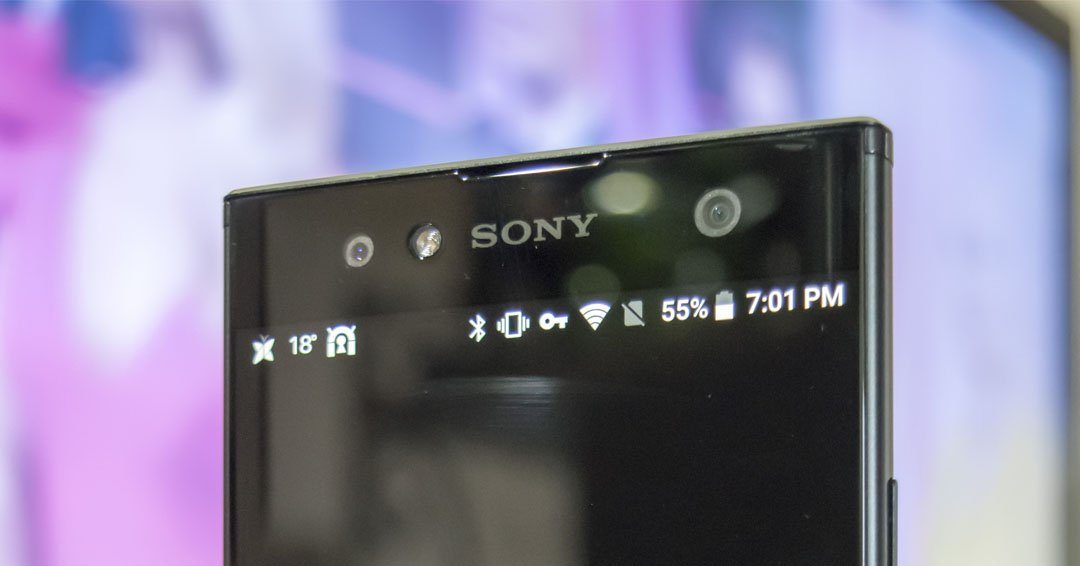 Playback on this device is pretty darn good, the colours are reproduced quite nicely. Movies don’t look quite as outstanding as they do on smartphones with a more punchy AMOLED panel, plus there’s no HDR support. You can’t ask for the moon when it comes to a midrange device, or can you?

You’ll be happy to know that you can get a full 23 hours worth of usage out of the device before needing to charge it. Most of us work an 8 hour day which means this leaves you plenty of room after a long day to just go out, have a pint and not have to worry about charging your smartphone.

I’m a power user and I easily managed over 6 hours of screen time, nearly 24 hours worth of power. This allowed me to play games, write a few emails, browse the web, check up on social media news and the likes. I probably do more than most would in a day and I wasn’t looking to plug it in at any point in time during my week.

Sony’s Xperia XA2 Ultra packs a 3580mAh battery which is larger than what you see in most flagship devices. The larger device size has allowed Sony to increase it’s battery size for consumers to get the most out of it. 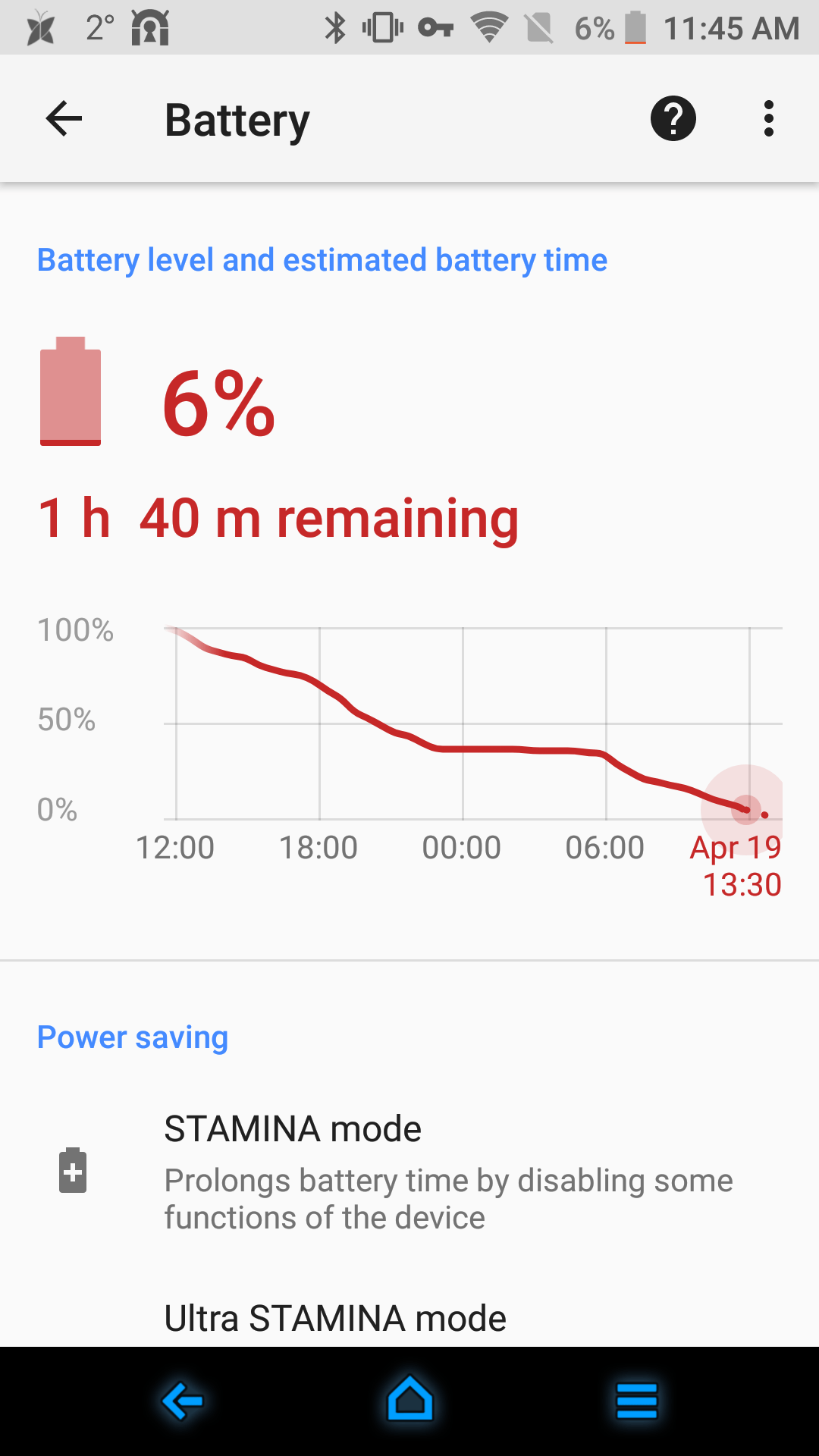 If you aren’t a heavy user, you’ll be able to get even more life out of the device for a longer period. I can see the casual users getting closer to 2-days worth of usage.

The highlights of the camera are that it performs well in good light condition. Using the HDR is in manual mode and it’s fantastic. The front camera offers a dual mode which will shift into a wider angle mode so that you can include a lot more in your selfie without having the stretch yourself far out to get the shot you’re after.

The rear camera offers the consumer a 23-megapixel, while at the front we have a 16MP+8MP. Something that is desired by many is the OIS (optical image stabilization) that it offers to the 16MP camera so that you can get clear selfie on every snap. The rear camera performs very well outdoors in daylight, capturing a high level of detail and nice colours, but things aren’t as good when the lights go down, indoors or out. 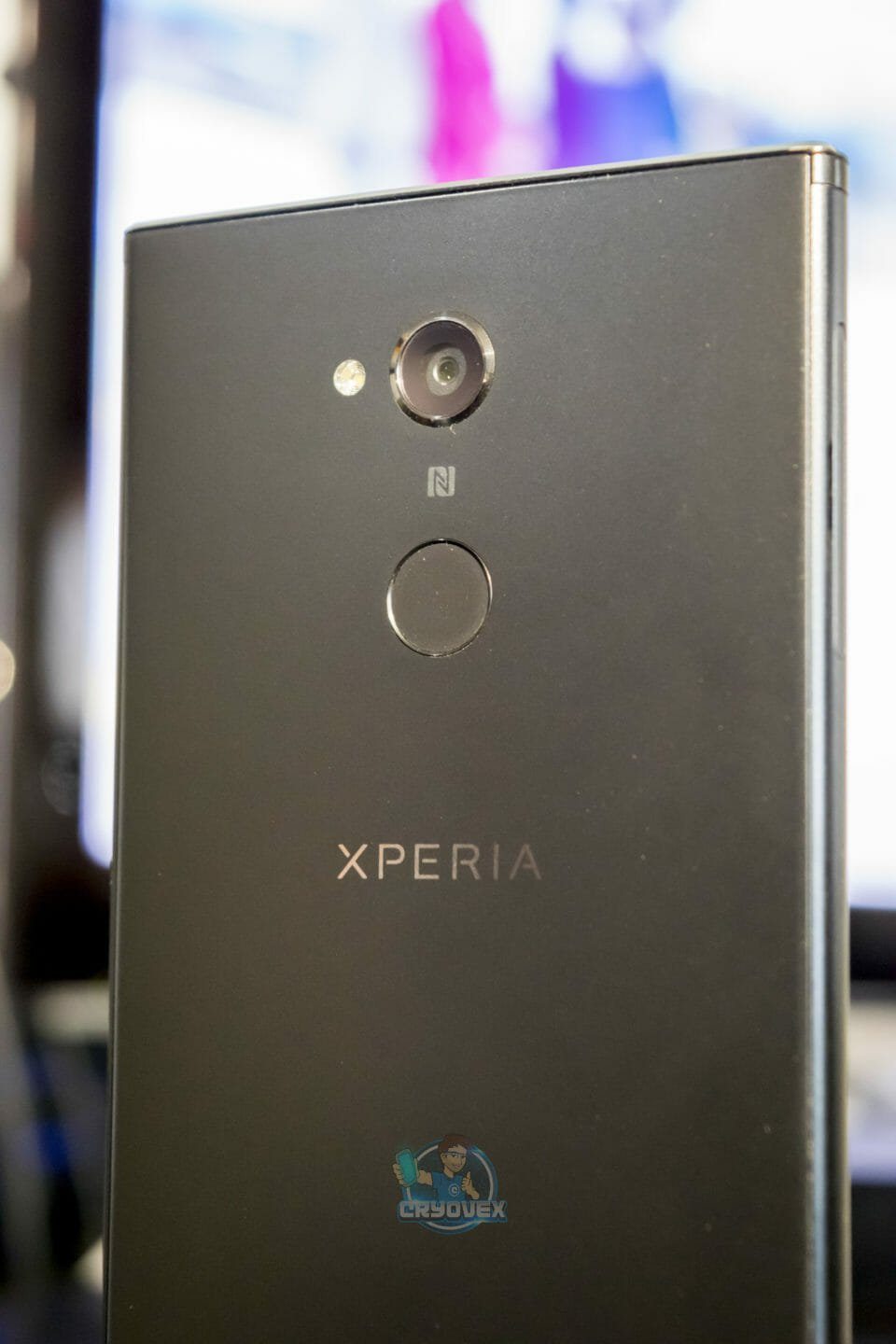 Meanwhile, the 8MP camera boasts a super-wide 120-degree field of view, allowing you to pack in a whole group of people for a selfie. You can easily switch between the two cameras in the camera app with two buttons just above the shutter key.

Sony’s dedicated camera button is still very much present in this device, although I rarely use it myself as I find it doesn’t keep the phone movement free enough when attempting to take a picture.

Sony list that you can make 4K video’s and this wouldn’t be possible without the Snapdragon 630 chipset found in this device and it does offer better performance in low-light condition, but that still not as good as some of the competition.

You can get some really good shots with this camera, you do need some patience as it’s not always instant when attempting to take a picture, there is a 1 to 2 seconds waiting period depending on the level of light around. 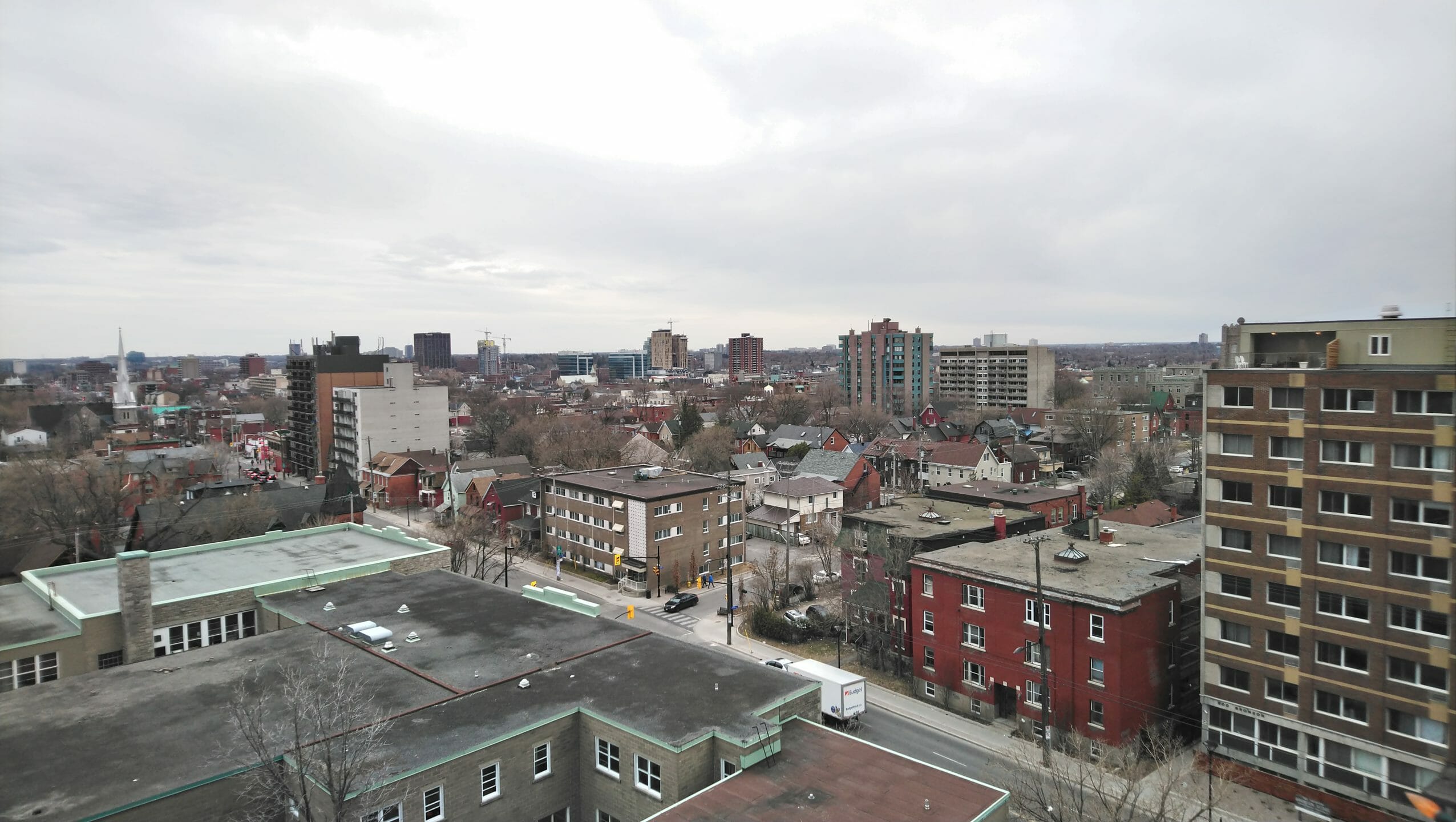 In the above shot landscape shot, you can easily see that the edges of the picture get blurred, which tends to get annoying, likely the way the wide angle is being done?

The much-anticipated part of the review right? This being a media entertainment device, it should have some pretty good sound. That’s a 50/50 if you ask me. The device features a loud 1 single speaker that fires at the bottom. Yes, the speaker gets quite loud and doesn’t sound that bad. However, I didn’t enjoy it much when I was playing music out of it, I mean for listening to YouTube, videos and or gaming it works out beautifully. It’s quite easy to cover the single speaker when holding the device in a landscape position which can be awkward at times. 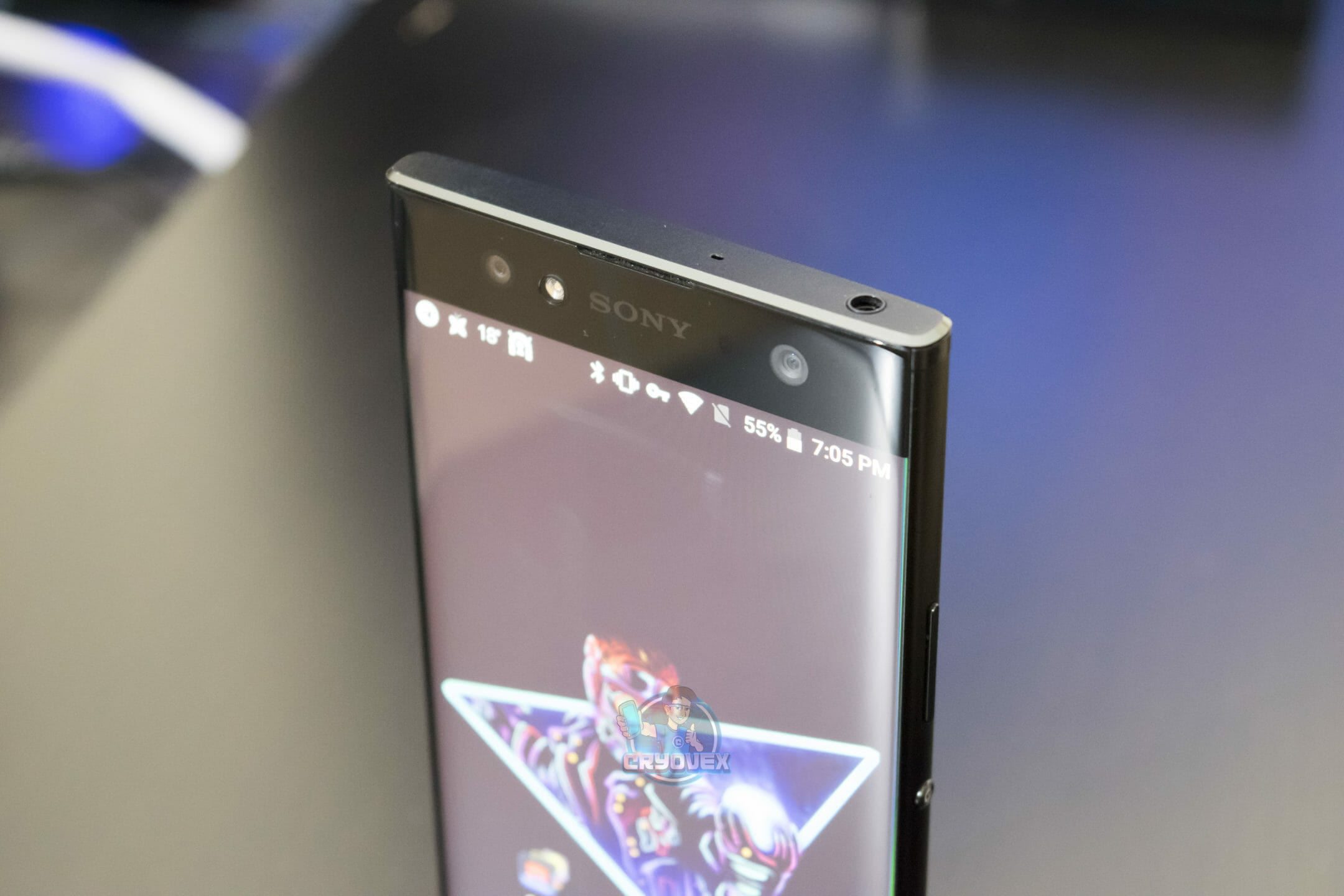 When it comes to the audio jack, you can expect some pretty good music coming out of the device nothing that overwhelmingly shines over other devices. The wired crowd will be quite happy with the 3.5mm jack. 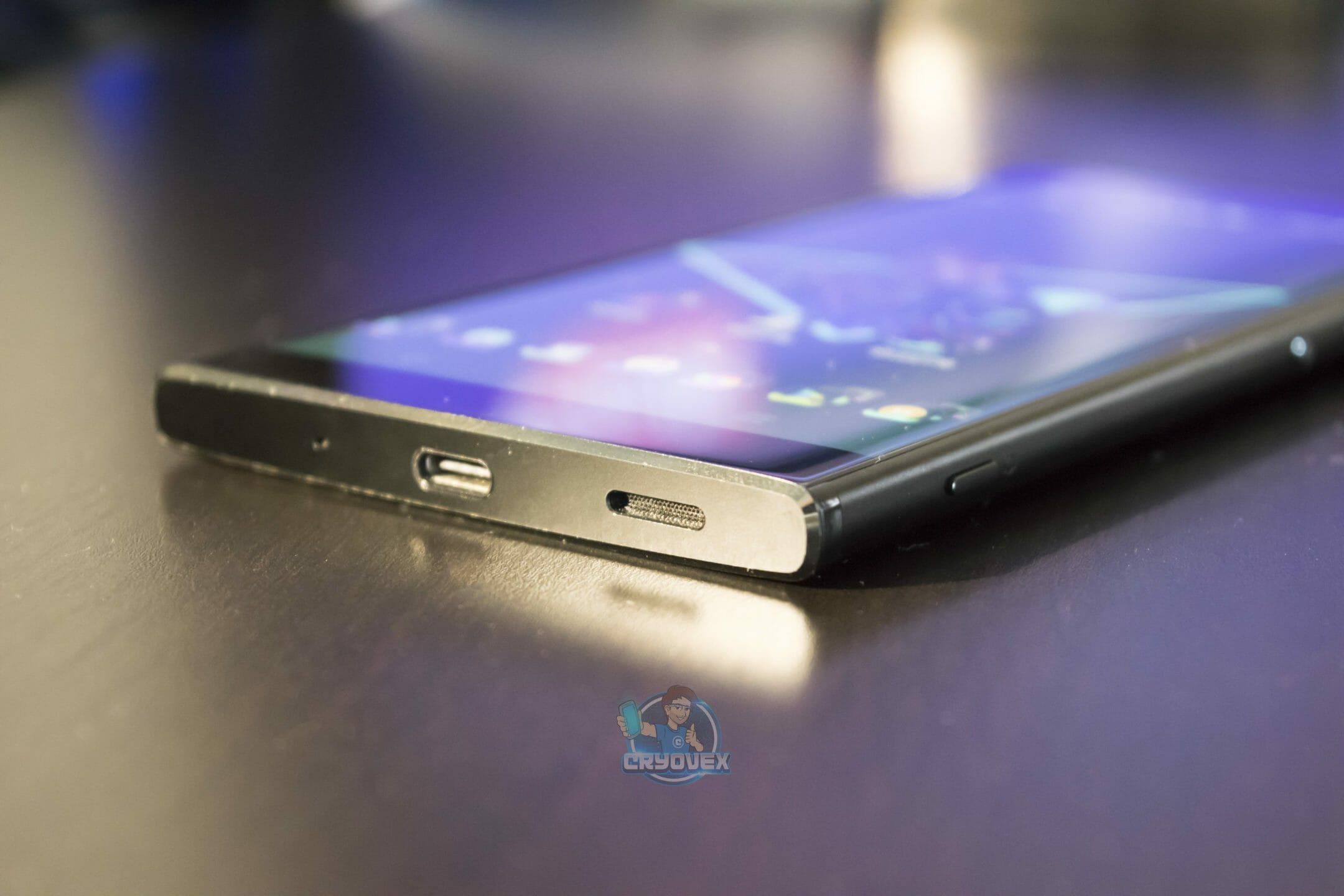 We’ve got a Snapdragon 630 powering this device, 4GB of RAM ensures that you can have all the apps open that you want which means running things smoothly in the end. The device does perform admirably good, you can note some lag in intense MMO’s. There’s more than enough power under there to get you through it though. Maybe I’m nitpicking, but I wanted to let people know.

There’s been several benchmarks already done by countless other individuals, so I won’t bore you with them, but if you go to is Pokemon GO, Ingress or any of the finer games, you’ll be plenty happy. The limited 32GB of storage might be a downer for you, but you do have the ability to add 256GB of storage via the old microSD card slot.

You’ll be happy with this device, it will do what you need when you need it.

It’s a budget midrange smartphone that aims to please that budget market consumer and it’s doing it very well. That segment of the market targets, teens, moms, dads, pops and nana that needs something that decent, cost friendly, works well and something that most won’t need to upgrade for at least 2 to 3 years because it will get on trucking exactly like it did the first day. It offers a huge screen, decent camera, perfect for the everyday consumer. Who’s the everyday consumer? Joe Schmoe who doesn’t know any better than what he sees on the sheet in the store before buying a new device. 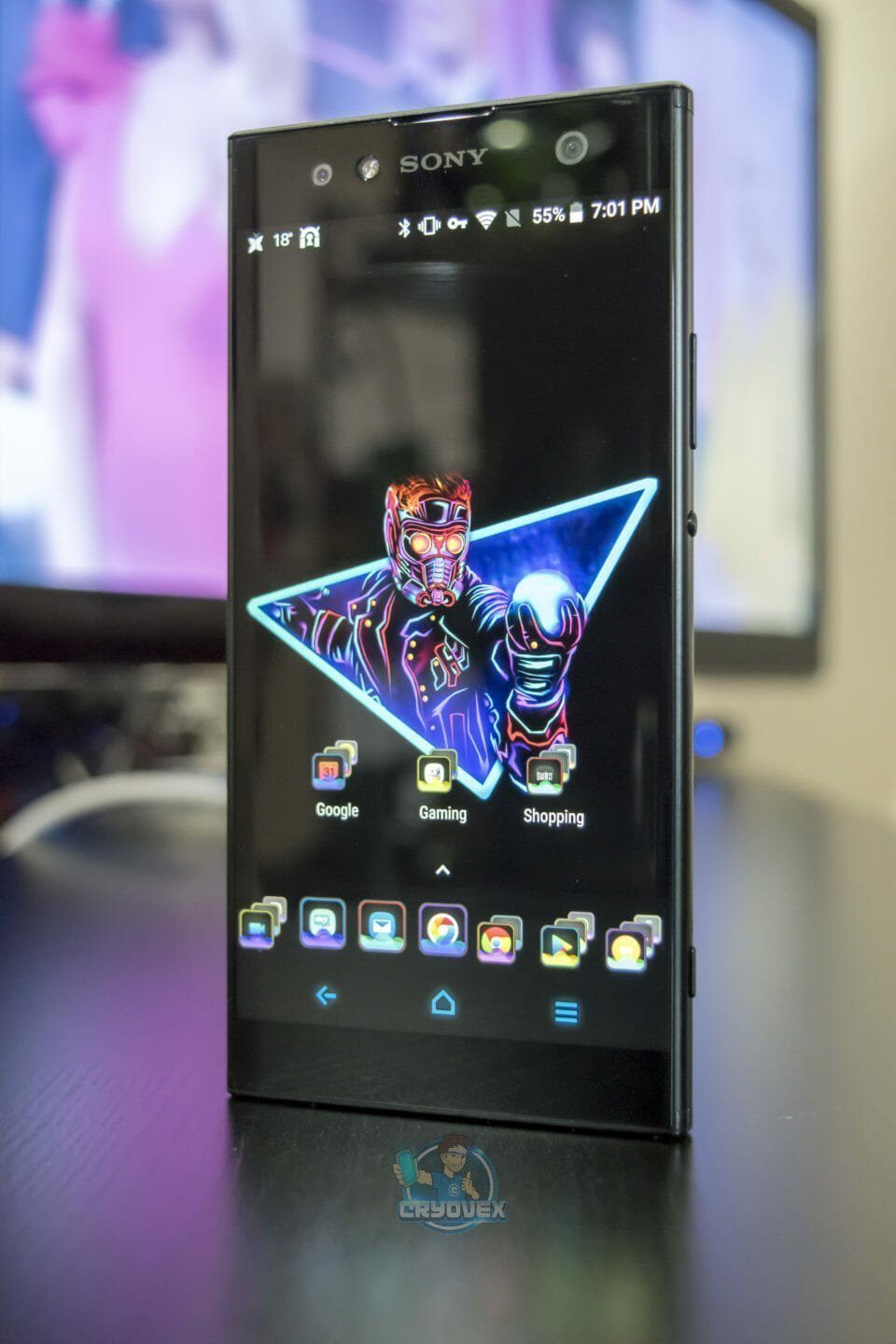 Moto G6 versus Moto G5 – Upgrade or wait?
Next Article

[Official] LG G7 ThinQ sports the BEST-IN-CLASS Bright & Smart Display
AdBlock Detected
Our site is supported by ads, affiliate links, and sponsored content. This helps us make money to continue what we do. Please whitelist to support our site.
Okay, I'll Whitelist
Welcome Back!