AL gained AdaptiveZoom just a little while ago, ok maybe a bit longer than that, which was a very innovative icon enhancement that felt natural while making everything move together. The animation would move the icon to the screen in a move zoom manner while the application loaded. Action Launcher improves AdaptiveZoom

This latest update takes this further with an API that is meant to allow developers to control how their app launches. That’s not all folks. The changelog also shows some improvements in the zooming animation, it’s integration of Android 8.1’s folder animations and the new drag animations. Action Launcher improves AdaptiveZoom

It couldn’t be complete without including all apps that don’t have adaptive icon and this makes them supported with the “AdaptivePack” which we could call a “fake adaptive icon mode”. Please, people, make use of the Google Calendar, it’s rich in features and with the launcher you’ll get to see the bundled calendar icon use adaptive icons. 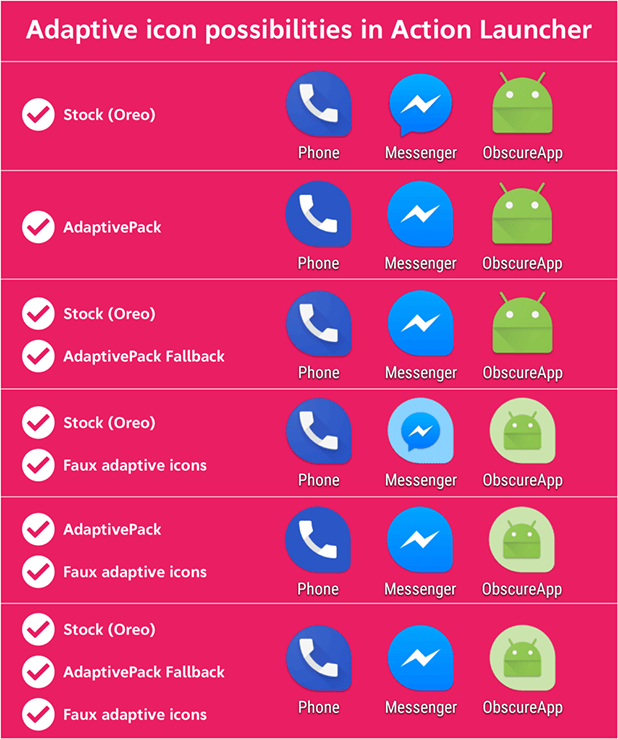 Canada LG V30 Flagship review – Is it really what you need in a smartphone?
Next Article

Clean up your messy cables and switch to Wireless XTORM’s way!
AdBlock Detected
Our site is supported by ads, affiliate links, and sponsored content. This helps us make money to continue what we do. Please whitelist to support our site.
Okay, I'll Whitelist
Welcome Back!