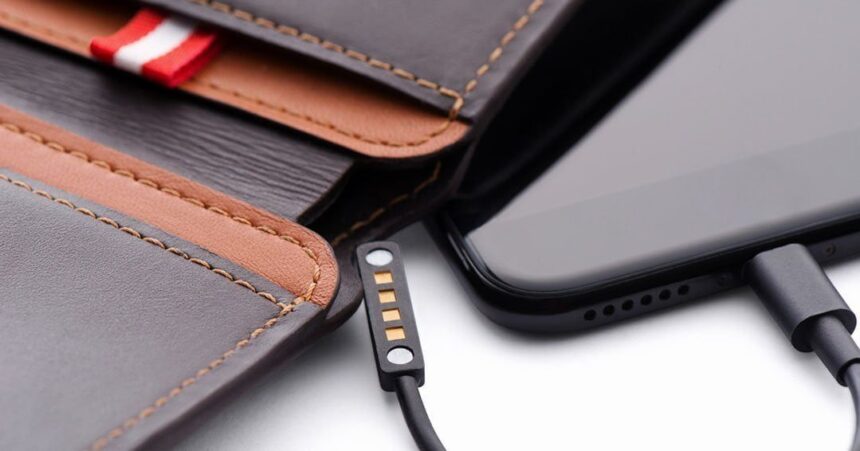 Volterman’s Indiegogo campaign went wild earlier last year. Why? The world’s most powerful smart wallet was touted to the savvy consumers and it went “VIRAL”. By August 12, 2017, they had been funded by 2284%. Can you imagine the wave that was created in the community? While we’ve seen similar products on the market, we haven’t seen anything close to what Volterman offers.

What separates Volterman’s wallet, cardholder and passport holder is the embedded Power Bank, an alarm that works based on distance, GPS Tracking system that eases your mind, a world-class WiFi Hotspot and something that’s interesting a camera that can snap pictures of a would-be thief! The Power Bank depending on the type of wallet you get will have anywhere from 2000mAh to 5000mAh. This is enough to give you that extra charge up when you need it.

I myself am quite intrigued to try the Wallet or the Cardholder with Type-C something I’m considering looking into buying for myself. A combination of technology that my inner geek is drooling all over.

We’ve seen huge growth in the smart wallet market in recent years.” said Azat Tovmasyan, co-founder of Volterman, “But there are limitations with the functionality. Some offer a power bank or security alarms, but they only react at a distance of 20 meters, not more. Volterman is the only wallet that offers a global tracking service, power bank, portable WiFi, and other essential features — all wrapped up in a slim, light-weight and stylish design. It really is a market leader. That’s the reason it’s gained so much traction on Indiegogo so quickly — it addresses a need. 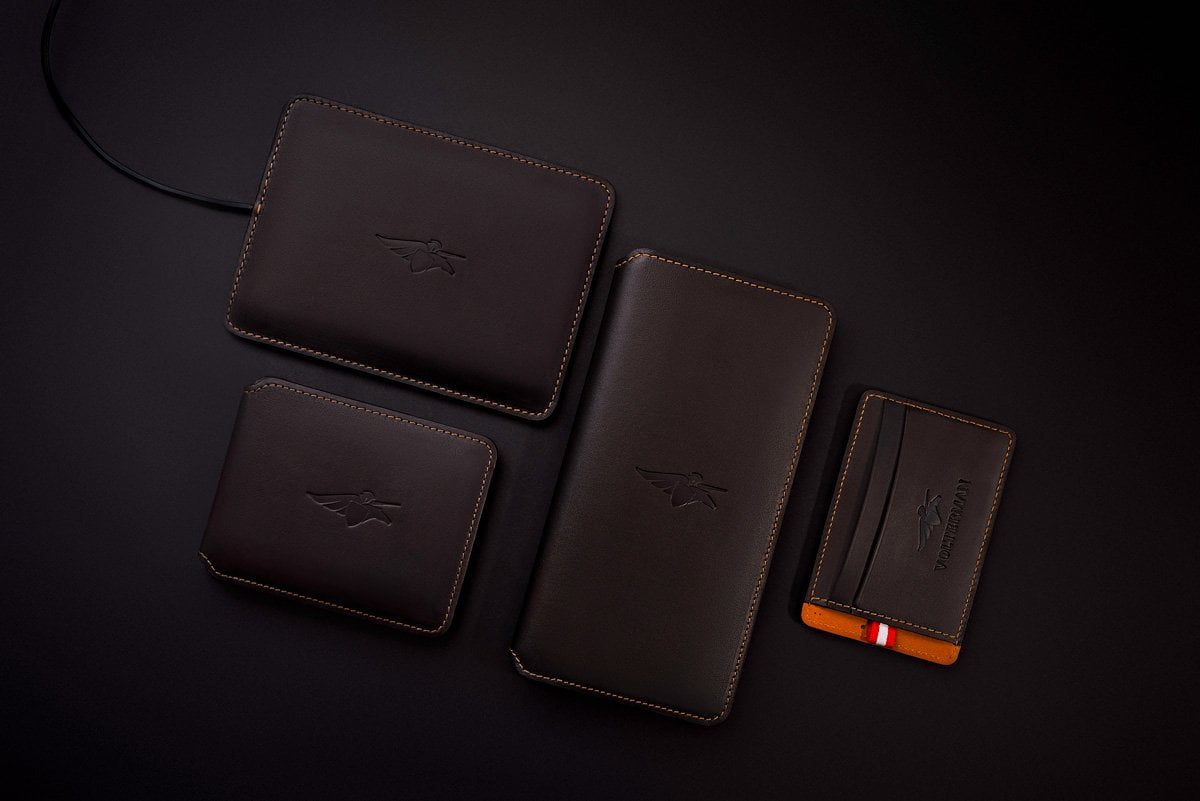 This smart wallet from Volterman isn’t exclusive to just one type of smartphone companion. You’ll be provided with the option of picking between USB-C, Micro USB and Lightning which should re-assure many of the consumers who are often let down by other pieces of tech only being available to one ecosystem. Volterman took this a bit further by also providing Wireless Charging for the device that supports it. Well, well, well, this should make Samsung and Apple fans quite happy no? 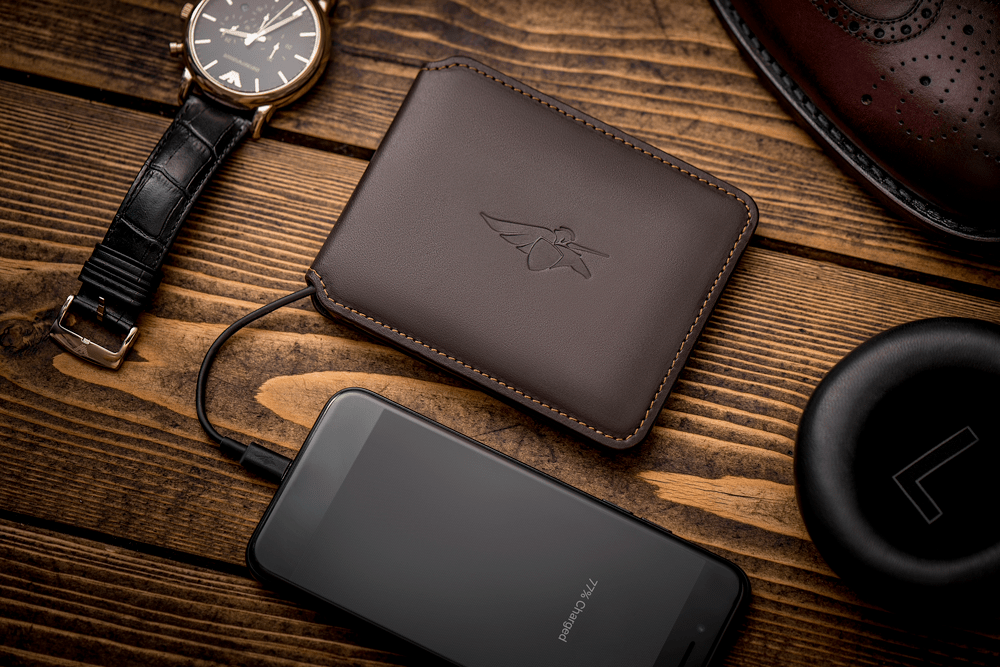 There’s some serious beef in this smart wallet about security which starts with the RFID blocker; This prevents your cards from being read at a close distance with a cloning system. There’s also the “Lost Mode” feature which will take a picture of a would-be thief if they open the wallet and alert you via email and with a world-class GPS tracking system embedded in this wallet, you’ll also have a real-time location of it.

This could prove to be to be a lifesaver and would aid the law-enforcement body in getting your belongings back. Think about it, if something were to happen at about 20 meters you get alerted, then you can begin tracking it via the GPS it has. In the event you didn’t leave it or lose it, the person opening the wallet will be met with a nice picture of them being emailed to you. Next thing you know, you might be getting your wallet back the would-be thief will find himself in a dire position likely behind bars. 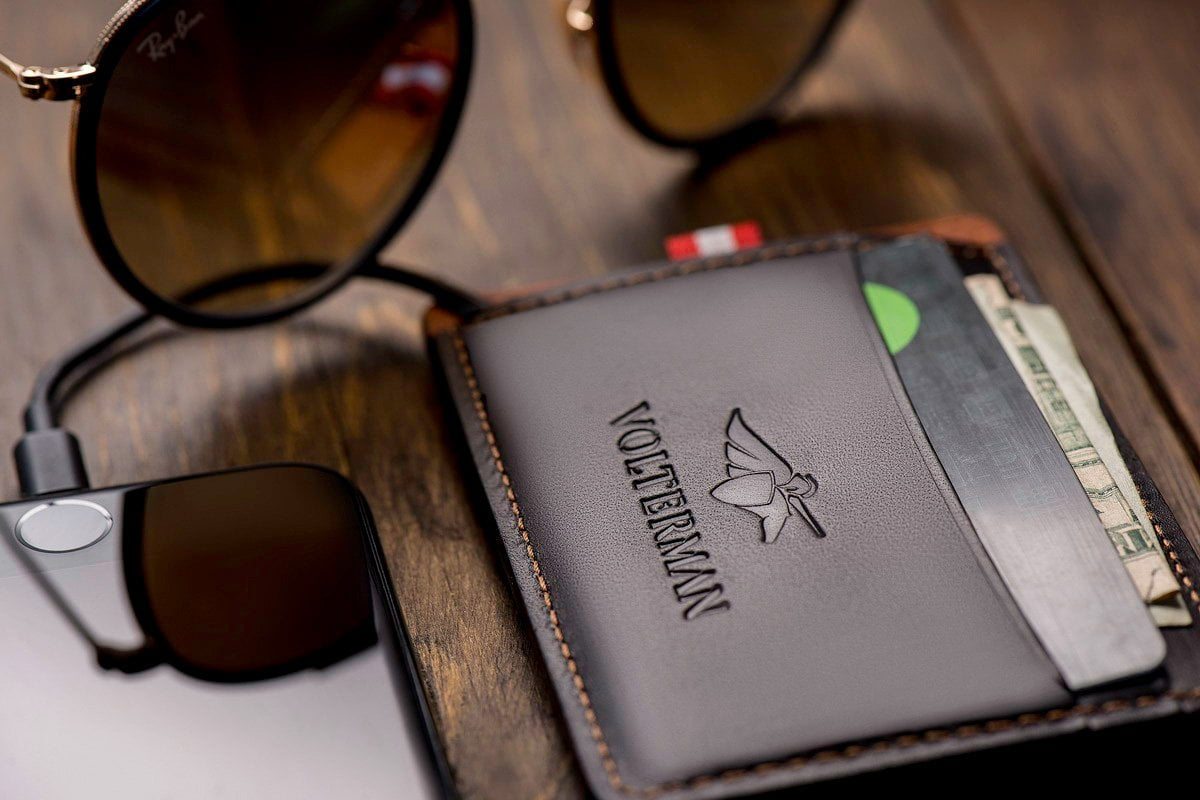 You know, this could also be just a good Samaritan wanting to return the wallet back to you, those still exist.

It’s an impressive piece of tech that you can have with you at all times and Volterman hasn’t compromised the look and feel. The wallet is slim, offers style and it packs all of this technology to make your life easier. It’s kind of hard to imagine all this tech in a small wallet, cardholder or even a passport wallet. This might be the best solution on the market that enables professionals like myself to keep everything I need on hand. Right now, I have an RFID wallet and cardholder, I carry a 3000mAh Power Bank and that’s about it. 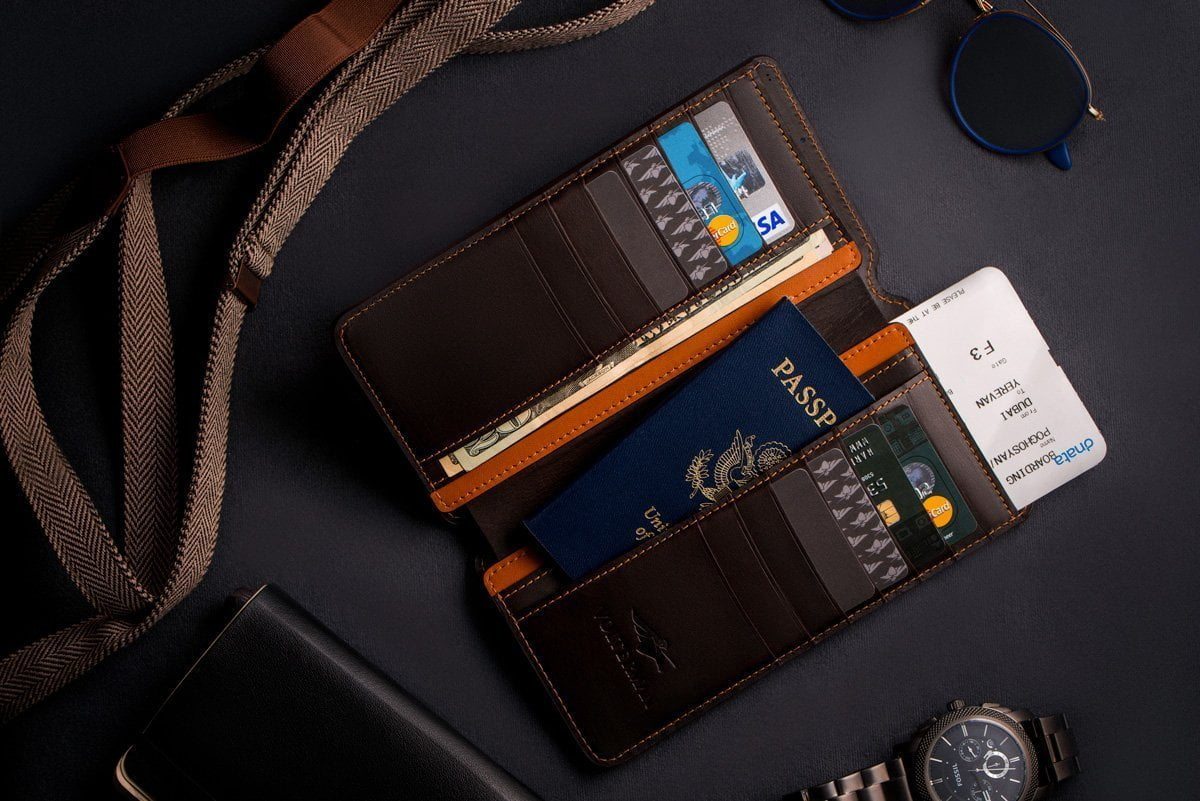 The smart wallet, the cardholder, the password cover what will this all cost you? Volterman assures me that they’re in-line with the competition. So let’s get right down to what the cost is.

Currently, on the Indiegogo page, the Wallet is $159 USD, the Passport cover is $39 USD, the Cardholder is $115 USD and the Travel wallet is $179 USD. Looking at the other competitors on the market, they are indeed in about the same price range.

Maybe this could be a review item on my list in the next little while and then I’ll be able to judge how the entire system works? The Power Bank is quite typical and standard, I’m interested to see how well the RFID Blocker technology works, the GPS Tracking system and I am definitely intrigued by the World Class Hotspot. However, my curiosity about the camera taking picture of a possible thief does strike with me and how reliable is it? I’ll need to test that out.

Canada LG V30 Flagship review – Is it really what you need in a smartphone?
AdBlock Detected
Our site is supported by ads, affiliate links, and sponsored content. This helps us make money to continue what we do. Please whitelist to support our site.
Okay, I'll Whitelist
Welcome Back!