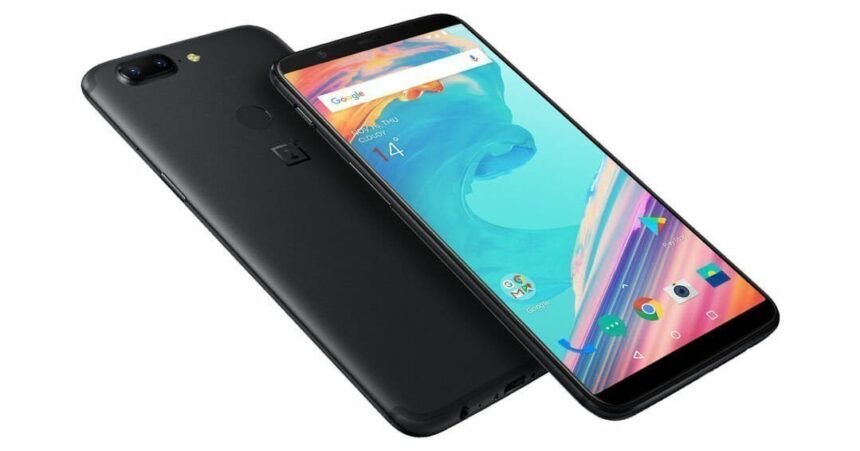 The best budget smartphone this year goes to OnePlus 5T. What do you get for a smartphone that falls in the “Best Budget” category? You get high-end specs, solid design and a decently priced smartphone are what you get compared to the competition in the same “Flagship category” of hardware.

In Canada, the OnePlus 5T starts with 6GB RAM + 64GB Storage and runs you for CA$659.00. The most expansive of the two is $729 but it goes all out to 8GB RAM + 128GB Storage. Of course, you can get cheaper but that’s when everything starts to shift and you lose focus. Best budget smartphone

Let’s dive into some of the hardware specification; You already know that you can get a 6GB of RAM with 64GB of storage or an 8GB of RAM and 128GB of storage.

The display features an AMOLED panel which offers a resolution of 1080×2160 for an 18:9 body ratio with a pixel density that’s about 401 ppi. The glass screen that covers this beauty is none other than Corning Gorilla Glass 5 which ensures that it stays in pristine conditions.

The processor is a standard Snapdragon 835 with an Adreno 540 for the graphics processor. This has been what most devices of 2017 have been featured with.

Let’s have a look at what kind of camera we can find on this baby with its selfie-focused camera that offers 16MP with a f/2.0, Enhance Image Stabilizer with an automatic tuning for HDR you’re bound to get some good selfies. Ok, this isn’t in the same league at the Pixel 2, but it sure might as well be that close.

On the back we have what’s been becoming a standard in a lot of smartphones, a dual camera setup compose of a 20MP with a smaller f/1.7 EIS combined with a 16MP f/1.7 and a dual LED flash combo to generate these well-defined pictures and depth perception photos that some may want to get into.

The back of the smartphone is also where you can find the fingerprint sensor that’s been now a staple over the last few years and many are overjoyed to be able to make use of it.

What baffles me a bit is the battery which only comes at 3300mAh. I would of like to see a bigger battery say, a 4000mAh. Granted, we do have Dash Charge which allows for fast charging of the device, but nonetheless, I’d like to charge my phone the least amount of time possible.

The device runs Oxygen OS which derives from Lineage OS which use to be CyanogenMOD back in the days. The software is solid and a lot of improvements have been made over the years.

With that note, I may just make a purchase myself for Boxing Day.

Smartphone innovation 2017 goes to the 120 Hz display by Razer
AdBlock Detected
Our site is supported by ads, affiliate links, and sponsored content. This helps us make money to continue what we do. Please whitelist to support our site.
Okay, I'll Whitelist
Welcome Back!