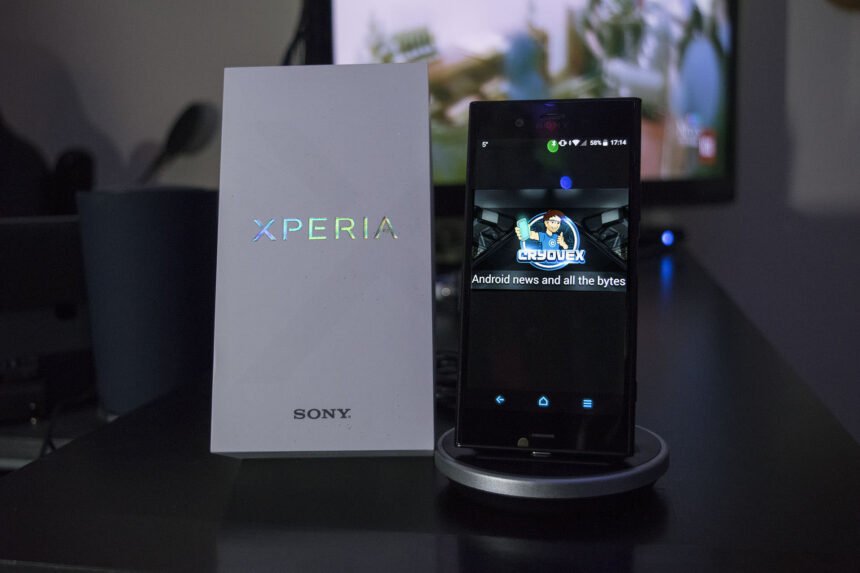 SHARE
Contents
Looks like Sony Mobile is on a role in his review Sony Xperia XZ1 Canada I’ll be giving you my experience with the latest from Sony. I’ll also give you a comparison from the earlier device the Xperia XZ Premium to show you the differences in both devices. Still, to this day, a lot have no idea that Sony is producing smartphones, then again, there’s really no ads on tv, billboards, newspaper or anywhere. Hey! Sony, you should get on that! DisplayCameraSoundFingerprint SensorBatteryOtherConclusionCan't read the articles right now? Save it for later! Subscribe to Android News & All the Bytes by entering your email — so you can read it during your downtime!

Looks like Sony Mobile is on a role in his review Sony Xperia XZ1 Canada I’ll be giving you my experience with the latest from Sony. I’ll also give you a comparison from the earlier device the Xperia XZ Premium to show you the differences in both devices. Still, to this day, a lot have no idea that Sony is producing smartphones, then again, there’s really no ads on tv, billboards, newspaper or anywhere. Hey! Sony, you should get on that!

Review Sony Xperia XZ1 Canada
Here are the major differences when it comes to the Xperia XZ1 and the XZ Premium:

While Sony Mobile maintains a commitment to delivering smartphones in Canada, we just recently got a working fingerprint sensor on the Sony Xperia XZ1 while the premium version is lacking the functionality. This puts the devices in-line with other features that manufacturers have been pushing out now for a few years.

When it comes to hardware the Xperia XZ1 features the exact same hardware component as the XZ Premium but with some slight modification.

As you can clearly see the hardware remains identical for what powers the device, except for a smaller battery, a 1080P screen, a fingerprint sensor and Android OREO out of the box. This all comes to pricing as well. You check that above.

I’ll dedicate a portion of this to the fact that Sony Mobile understands their customers and that’s also why you’ll find a 3.5mm jack at the top of the device with an integrated DAC that delivers top quality music. For guys like myself, the devices that Sony produces are made for media consumption, music, video and entertainment.

The screen features Gorilla Glass 5 it’s using an IPS display of roughly 5.2 inches. The device resolution is set to 1080×1920 for a pixel density of 424 ppi. Sony didn’t spare anything when it came to giving you the best viewing experience. You’ll also find the usual HDR10 compliancy, Triluminos display and X-Reality Engine as options.

Holly balls! Like anything, this is a personal preference in the end, but this smartphone takes some of the nicest pictures I’ve seen in ages. Even the low-light pictures have been pretty good compared to the likes of some of the newer smartphones that came out recently. With a 19 MP, f/2.0, 25mm, EIS (gyro), predictive phase detection and laser autofocus, LED flash with the rear camera and a 13 MP, f/2.0, 22mm, 1/3″ sensor size, EIS (gyro), 1080p for the front.

Front facing dual stereo speakers is a must in my book. I’ve been playing with other smartphones that tend to have a bottom firing speaker and it just doesn’t cut it. Sony wanted to ensure that we got a good balance media device in our hands. The music is clear, crisp and nice to listen to. Sure I could go ahead and pair it up with a Bluetooth speaker where it’s sole job is that, but why?

This baby is definitely rocking a fingerprint sensor, the sensor is quite fast and responsive. I’ve noticed that if my hands are dirty, or humid a bit the sensor might have issues grabbing a positive lock.

We are greeted by a 2700mAh non-removable battery which features Quick Charge 3.0. It doesn’t take long to charge this baby. Provided you have a QC 3.0 compliant charger. In my testing over the course of the 2 weeks, I’ve completed nearly 25 hours of usage and about 5 hours of screen time.

We can also find a Dual SIM card tray. This is ideal for people who travel and have a requirement to use a different SIM card or need to use one because their own local plan doesn’t provide roaming or if it does, the fees are ridiculous.

It’s important to note that Sony wanted a world edition smartphone that would be an entertainment device, a tool, a business reference with their Xperia XZ Premium and it does have a

The device comes pre-loaded with OREO from the start which means Android 8.0 is running like a champ, it’s buttery smooth and you wouldn’t even know. Aside from some minor Sony applications and UI changes, it’s definitely a close stock experience.

Some final thoughts on the Sony Xperia XZ1 Review; I think Sony is getting better at figuring out the Canadian market, which is somewhat different then my experience with the XZ Premium. The device is price a bit too high in my opnion, I could see this being a $799 device.

I truly enjoyed my experience with the Xperia XZ1. It never wavered away, it was always ready to accomplish the task I set myself to and it has that polish look that I aspire. Some would say it’s an old style, I say it’s a true classic to Sony’s elegance. The next line of devices from Sony is said to present themselves in a newer more sleek fashion and I hope they will blow me away as much as this has.

Chuwi CoreBook: A Powerful 2-in-1 Tablet Notebook – Indiegogo
AdBlock Detected
Our site is supported by ads, affiliate links, and sponsored content. This helps us make money to continue what we do. Please whitelist to support our site.
Okay, I'll Whitelist
Welcome Back!