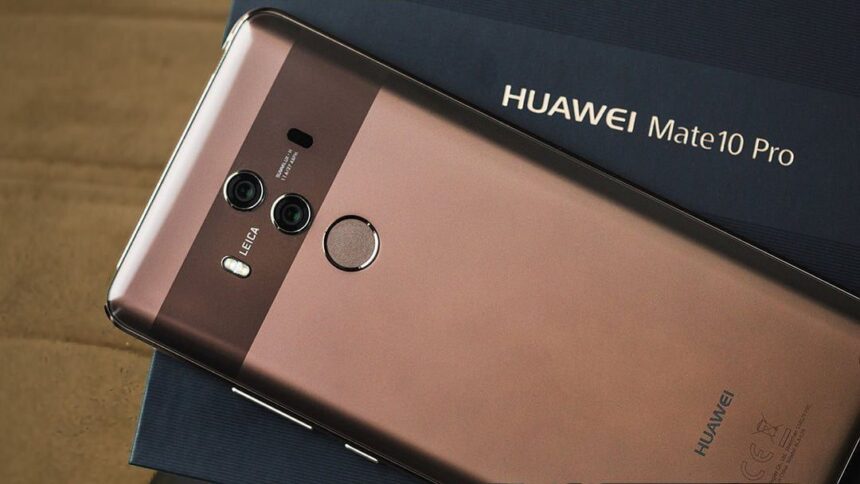 Who here has heard of Huawei? I can guarantee you that on a consumer level that they don’t know much or in many instances the funny look they gave me said everything. They are up and coming in North America and have been growing steadily to the point that their devices are a direct rival to Samsung and Google.

Huawei is currently the third largest smartphone vendor and this puts Huawei in an excellent position to push even further. With the release of the Huawei Mate 10 Pro, this is exactly what’s happening. This is “THE” flagship that the company has put forward and it’s design, concept, initiation to the scene has been welcomed.

Some of the features that the Huawei Mate 10 Pro offers that I personally like are the screen size, the battery life, the Kyrin processor technology. Many have reviewed and gave the battery a fairly low grade, I, however, haven’t been disappointed in any way.

The overall design of the Mate 10 has slightly shifted from the Mate 9. The curvature sported in the glass back of the device versus the metal backing that we’ve experienced provides it with a sleek appeal. Now that we have a glass back, this could lead to some very clumsy people. Don’t get me wrong here, I haven’t dropped my phone, and I can’t really imagine doing so… But, for what baffles me people break their smartphones at an alarming rate.

Yes, the device will slide off anything with extreme ease, there’s absolutely no doubt! Vinyl the back of that sucker, ASAP! Their problem solved. Then again, I can still see people breaking their devices within the first 48 hours. For those people, get yourself a case before you leave the store.

The display features a nice 6-inch display with a screen resolution of 1080 by 2160. This isn’t a 4K display and to be quite honest, the typical consumer won’t notice the difference. The screen is so well balanced that it’s looking stellar when watching videos or playing games. For the ones that would like to know, the PPI is at 402 roughly. The bezels on this are so thin that you’d swear there’s none, this is where I found out that you better be careful when you don’t have margins in your launcher like on Nova, OOUPS.

The details on the screen are bright, vivid, well balanced (for me), the video display has been done nicely. Now, I’ve only had the device in my hands for 3 days. I’m hoping to have an in-depth version of my review.

When it comes to the device weight, thickness and the general feel, it’s quite lighter, slimmer than the previous generation. I’m not sure how I feel about that, considering I thought the previous was just nice.

Alright, I can already hear people scream… The headphone jack, yeah, it’s gone, deal with it. There are a USB-C port and a dongle that does the job quite well. Other option Bluetooth, most people can’t distinguish music quality and it’s been proven with scientific facts and analysis, get over it.

This sums up pretty well what I thought about the design of the Huawei Mate 10 Pro. Let’s take a lot of the hardware that powers this beast.

The latest octa-core Kirin 970 SoC, the most powerful chip ever produced by the company; backed up by a huge 6GB of RAM. I’m screaming like a little girl here. Huawei says that the Kirin 970 is twice as fast as Apple’s latest iPhone 8, having had the pleasure of testing out an iPhone 8 not that long ago, I have to agree, it’s much faster. There’s really no if’s or but’s on that one.

You have your choice of storage capacity, the default option is 128GB of storage. On this device iteration, the micro SD card is GONE! Pouff. I have devices still with 32GB and 64GB and at the most on any of the devices I currently have, I use at most %30 storage capacity at any given time.

You are allowed to kick and scream, pretty sure Huawei made the decision because it’s the most sound one, just like removing the headphone jack makes sense.

What’s the phone real-world use lifespan? It has a 4000-mAh battery, the largest seen to far in a smartphone. We have, QC tech, USB-C, you can charge this sucker up pretty quickly and at 4000-mAh there’s really no need to worry about its use. I managed a good 27 hours of usage and a little over 8+ hours of actual screen time.

The Huawei Mate 10 Pro, as with many of the Chinese manufacturers, runs the company’s EMUI 8.0 software on top of Android 8.0 Oreo. However it does include the Google Assistant, which, coupled with the Kirin 970’s AI capabilities, look to make the Huawei Mate 10 Pro one of the smartest devices around. The EMUI skin is actually really nice and you can easily customise all aspect of your experience.

Connected to LTE or on WiFi the service was pretty spot on, never really experience any issues and I was quite happy to just run around with it as a daily driver for the short period of time I had.

There are two camera modules around the back of the Mate 10 Pro, one with a 12MP colour (RGB) sensor and optical image stabilization (OIS), the other with a 20MP black and white (monochrome) sensor and no OIS.

If you’re wondering where the new Mate improves over its predecessor, it’s in the f/1.6 aperture lenses across both cameras. Which provides stellar photos in all sorts of conditions.

The details you can see in macro shots are quite impressive. So too is the focus, with a multitude of focus types – laser AF, phase detection AF, depth perception etc. Huawei’s Mate 10 Pro rank amongst the fastest locking on and picture taking around.

Bracketed up with a wide-aperture mode to rival the Portrait modes on the iPhone 8 Plus, Pixel 2 and Samsung Galaxy Note 8, the Mate 10 Pro’s ‘Aperture mode’ delivers a host of benefits over the competition.

So this sums up my time with Huawei Mate 10 Pro in short. I’m looking forward to getting an extended loaner again and see how far the experience can go.

Huawei did a solid with the Mate 10 Pro, this is an awesome smartphone and I prefer it over the Pixel 2 XL. The display is beautiful, I like the pictures I get from the camera, the snappy responsiveness of the device reminds me why it’s important to have a well-crafted interface. The audio although I didn’t talk about it, is pretty decent. It’s a classy device with some POW.

DESTEK VR v4 is affordable and easy to use
Next Article