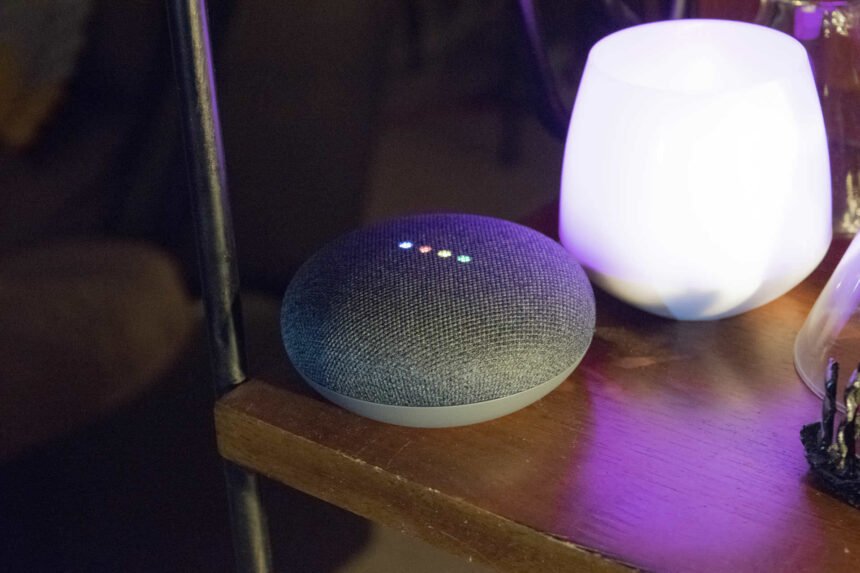 SHARE
Contents
Coming in at $79 CAD for the Google Home Mini, one’s has to wonder how far it can take you. Compared to its big brother it is nearly identical.My Google Home Mini review is going to touch some interesting points, interests and this might just give some of the readers the push they need to commit to this expense.Can't read the articles right now? Save it for later! Subscribe to Android News & All the Bytes by entering your email — so you can read it during your downtime!

Coming in at $79 CAD for the Google Home Mini, one’s has to wonder how far it can take you. Compared to its big brother it is nearly identical.

My Google Home Mini review is going to touch some interesting points, interests and this might just give some of the readers the push they need to commit to this expense.

Some of you may already be aware of Amazon’s own assistant which is available south of the border but has yet to make an appearance here in Canada. The market space right now is controlled by Google and I’m sure they’ll want to ensure it stays that way by surpassing what the Echo products can do.

The Google Home Mini is designed to be a low-cost consumer grade product that’s been engineered to get into every household and become a utility that will forever be part of newer homes.

Gone will be the days that flipping a light switch when you walked into a room, or that you fiddled to find the light switch in the bathroom. With a simple “Hey Google, turn the bathroom lights on at 25%” will yield the desired light level. 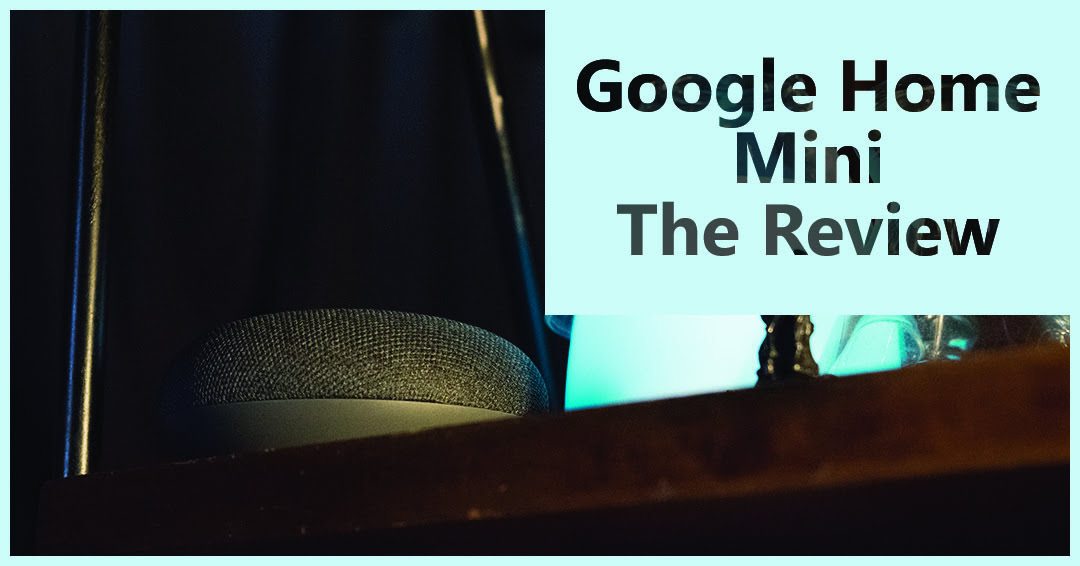 The original Google Home and the Google Home Mini both feature the Google Assistant, Home app integration and smart home assistant tools which results in both of them doing the same thing. That’s about it when it comes to similarities between the two.

I can’t speak on how the original Google Home performs, but I can certainly talk about the sound coming out of the two Google Home Mini’s that I have. I’ve been playing around with it for about 3 weeks and just recently I actually purchased a second Google Home Mini in charcoal colour.

I’ve been reading reviews that talk about how the sound quality is “flat” or that it doesn’t get loud in general. Here’s where I’m going to say “WTF”. The Google Home Mini’s that I have can get pretty loud considering I recently hosted a house party with people talking, yammering, and using the Google Home Mini to make request for other songs, or question could be easily heard. Playing all sorts of music from the Home Mini was a breeze and everyone enjoyed interacting with it.

You do have to take into consideration I’m using the Mini’s in a 500 square foot living room and it’s working pretty well. It definitely filled up the room and it was quite pleasing. Granted, there’s not much for bass, but even that could be heard.

I’ve been pitching some random items to the Mini to play on Spotify, Google Play Music and even YouTube and I’ve been a success at almost every pass.

The Mini has two microphones that are capable of picking up what you’re saying from across the room. There have been some rare instances where it didn’t pick up that I wanted something.

The speaker features a fabric texture that reminds me of its bigger brother, though slightly thicker, along with a coloured matte plastic base.

Size-wise, Google’s Home Mini sits comfortably on the side of my bar beside a pile of coasters blending in with the decor. Its overall design is quite flat very urban deco style. The top of the Home Mini also features contextual controls that allow the user to lower or raise the volume.

I often opted to raise/lower the device’s volume via voice commands because I found them more responsive. Such as asking Google to set the volume to 50%.

Four LEDs illuminate the top of the Home Mini when giving the voice commands, indicating that the Mini is processing what you’ve said.

The speaker also features a physical mute button on its rear that could be useful for those concerned about privacy. Slide the switch on the Home Mini and it will turn off its always-listening microphone while flipping it back returns the device to its normal, always-listening state.

The speaker comes with a dedicated mute button on the back of it. This could be useful for home users who might be concerned with the always-on listening feature of the Google Home Mini. While I personally don’t see this as being a problem, some may.

Connecting the smart speaker to Google’s the Home app — with Android or iOS the process is fairly simple, you could also use the Home Mini paired via Bluetooth which can be enabled in the Google Home app. 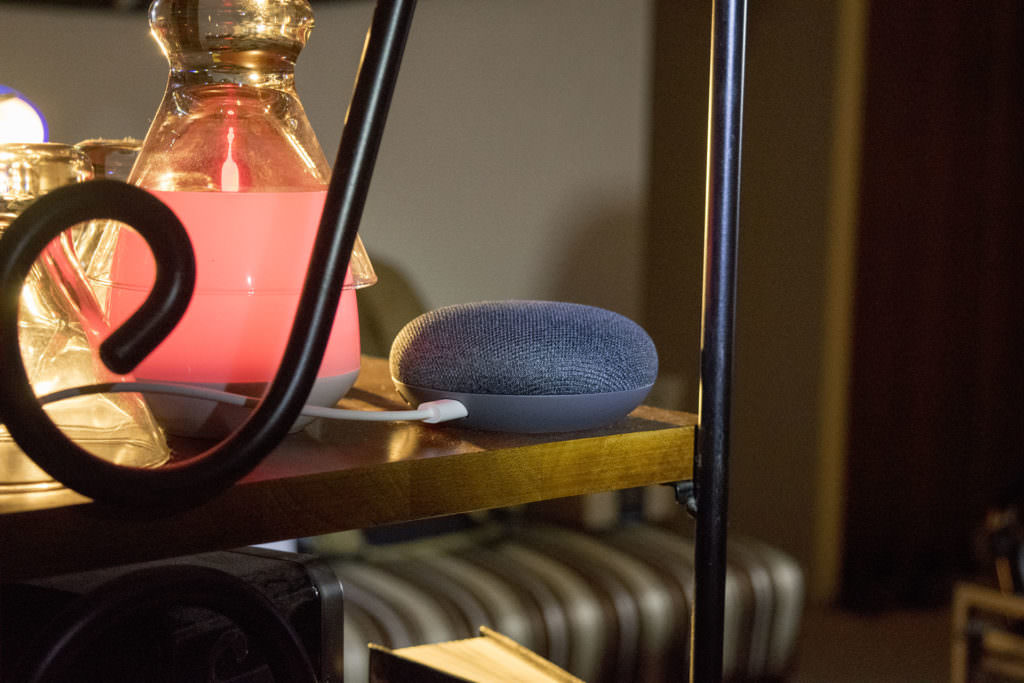 In contrast, the Home Mini can only connect to Google Cast-enabled devices, just like the standard Home. This means I’m able to cast audio content from my smartphone to the Home, or speaker like the Google Max, which I will be reviewing as well when I get the device.

If you’re looking for a device that’s capable of controlling your disparate smart home products, then the Home Mini is a viable alternative to the more expensive standard Google Home.

This is where I think the Google Home Mini shines, I’ve got WeMo device, Philipps Hue, TP-Link gadgets and the list goes on. This allows me to have a single point for voice controlling those devices.

Still, that $79 CAD price tag is difficult to beat, especially with no other low-cost smart home products currently available in the Canadian market.

It’s going to be interesting to see what Amazon will do when the Echo is actually a reality in the Canadian space. We as Canadians have only seen on TV, videos or commercial the capability, however, will Amazon cripple it as most companies do when they enter the Canadian market because they can’t find proper partners? Who knows.

As it stands the Google Home Mini is up for grabs from the Google Store, Bestbuy and other retailers for $79 CAD. This translates depending where you’re located in Canada at $91 with taxes.

Sony’s Xperia XZ1 is coming up next week! Stay tuned for more
AdBlock Detected
Our site is supported by ads, affiliate links, and sponsored content. This helps us make money to continue what we do. Please whitelist to support our site.
Okay, I'll Whitelist
Welcome Back!