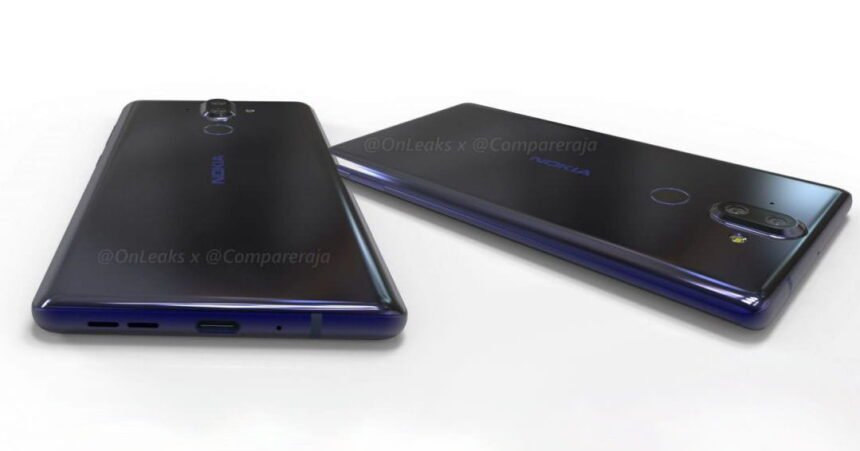 Nokia 9 leaks with twin cameras and no headphone jack? The upcoming high-end Nokia smartphone from HMD Global is the Nokia 9. We don’t know a lot about it, the Nokia 9, however, there was some pictures of the hardware device in a bulky case. Now we’re seeing leaked renders popping courtesy of @OnLeaks with some details.

The Nokia 9 seems to have a curved display much like all the newer devices such as the Samsung Galaxy S8. Additionally, we can see a dual-camera setup at the back of it. There’s a fingerprint scanner compliments the back design. Something we aren’t seeing is a headphone jack. Shedding away from the headphones jack is the new trend that’s been observed which isn’t entirely bad per say.

The alleged specification for the Nokia 9 come with a 5.5-inch display, Snapdragon 835 processor, 4GB of RAM, and 64/128GB of possible storage. We don’t know the actual Megapixel value of the twin cameras. I’d like to know what you think so far, what’s are your hopes for this device? Anything specific you’d like to see HMD do? 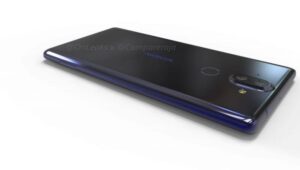 There’s been a lot of different smartphones hitting the consumer market lately and we are bound to see much more. We should really leave the specifications alone now and focus on the software content that these devices have. We are entering, or should I say are in a war on features?

Keyssa suing Essential: Infringe on Wireless Connector Technology
AdBlock Detected
Our site is supported by ads, affiliate links, and sponsored content. This helps us make money to continue what we do. Please whitelist to support our site.
Okay, I'll Whitelist
Welcome Back!