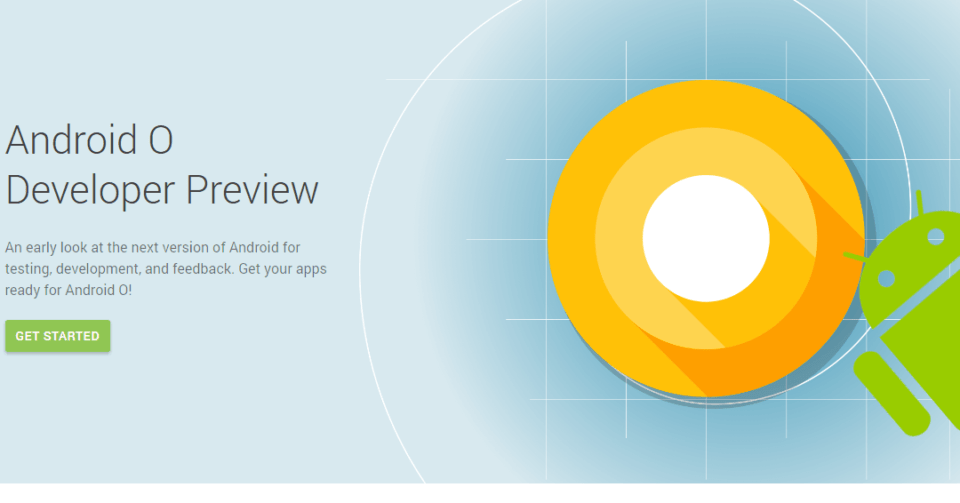 I wasn’t going to be I did it anyway. I loaded the preview of Android O on my Nexus 6P against all better judgement and I’m going to use it as a daily driver (shocker!) I know right? While this is intended for developers to get a feel for Android O, this is also a good way for bloggers to get a feel for the new stuff.

There’s obviously a few things that aren’t right and it’s to be expected. At first glance, some UI/UX elements are out of place and the settings menu has seen a full-on overhaul. From the visual aspect, the notification toggles have changed a bit and the battery indicator offers the percentage value outside of the battery to be viewed on the right side in a larger format.

When it comes to the notification shade itself, there hasn’t been any changes visually that I can note. I’ve been used to seeing all my G+ notification or SMS notification grouped into the same notification instance. So nothing really new there.

The applications page where you can view the details of each app has changed quite a bit, providing you with a more material like interface while maintaining a clean look.

Split screen app is still a thing, I can seem to be able to split screen any app I want, it does give you a warning that the app may not work properly, but aside from that, it’s been good.

I’ve had no instances of application crashes or random reboot or any boot loops. It would seem that the bulk of the changes are under the hood. Such as sideloading an application, let’s say you download it from a site with Chrome and you hit that down and install, the system will know that you’ve downloaded it from Chrome and will ask you to authorise Chrome to launch the execution VS just authorising any system the chances to load the application limiting possible damages from malicious applications. 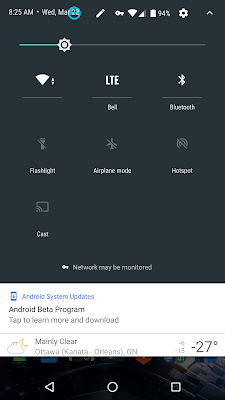 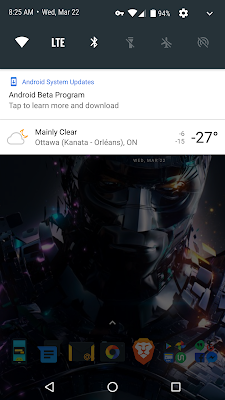 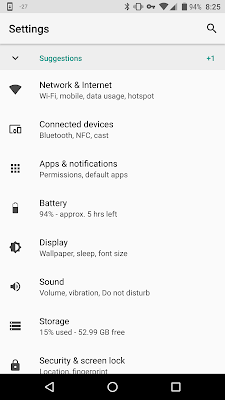 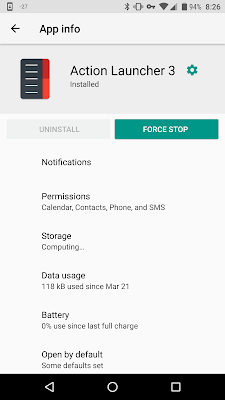 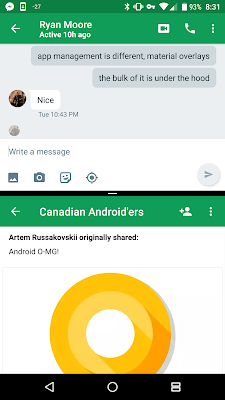 [Update] 23/03/2017
While I can say that working on Android O has been a delight 2 of the following are quite obvious after more than a day; There’s a significant battery drain even when all services are off over night I lost 20% of my battery. The WiFi takes anywhere from 3 to 5 minutes before it kicks in.

Obviously, this is a developer preview and shouldn’t be used by people who don’t know what in the world they are doing.