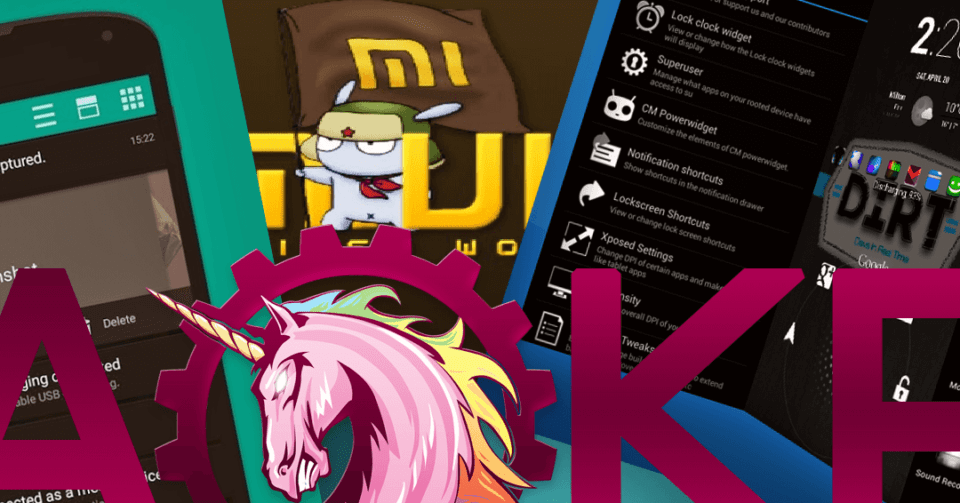 We live in a world where a new smartphone is around the corner, yet we are stuck in 2-years and 3-years contracts. Even an older Android device could and can perform like new. This is where Android roms come into play. A ROM, for those who don’t know, is an operating system build that runs on your device with basic applications such as an address book, calendar, camera, etc.

There’s a problem and it’s not you or me. It’s the consumerism of the smartphone world. Ditching a perfectly good smartphone only after 1-year or sometimes 2. While I like to feel the full force of the technology at hand, some people can’t afford to swap smartphones all the time, in fact, most people can’t. More than 3/4 are subsidising their device from their respective carrier, this off-loads the cost and spreads it over a 2-year period.

This is why we have a large community that is driven by providing the best Android experience possible by creating roms that are made to last, perform and give new life to a device. Some of you may be familiar with LineageOS formerly known as CyanogenMOD? That was custom rom, built by members of the community to streamline features, performance, battery improvement and even more than what you’d be getting from manufacturers. This isn’t the only one! There’s plenty more from Paranoid Android to Dirty Unicorns, we’ve seen all sorts of composition that makes this an awesome scene.

These volunteers often work more frequently than the manufacturer itself – at least when it comes to updates.

I’m not here to teach people on how to go about getting one of these great roms on their device, but more so to let people know that you’ve got “CHOICES” something that seems to elude soo many out there. It’s all about getting more out of what you got VS spending tonnes of money.

This is only a shortly of what you can expect with a ROM, you do have a bad side that’s not often talked about because most people don’t see this as a bad thing.