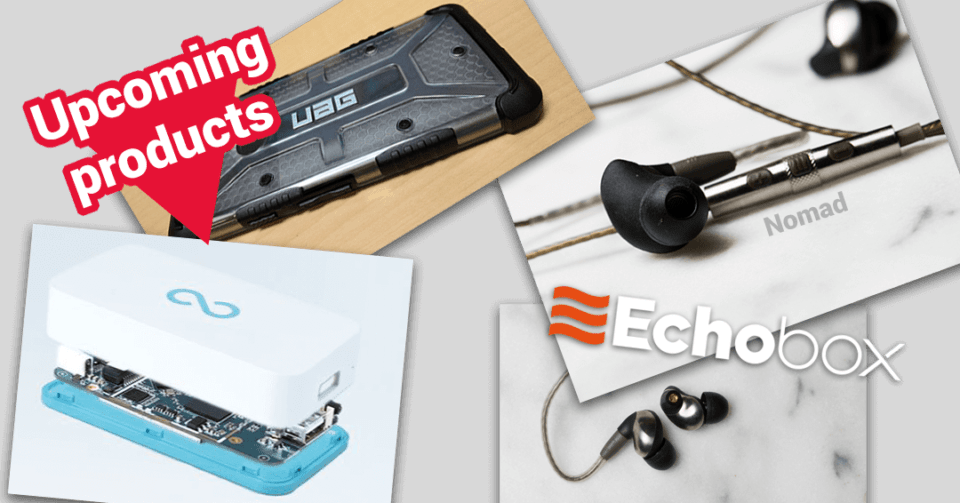 I’ve been hard at work or hardly working? In either case, there are some fine products that are either upcoming or have recently been hitting the scene. Some of these new products are sure to peek the interest of a few.

UAG isn’t new for many, but some it just might be, the latest to come out of UAG are the Google Pixel cases. The fine folks at UAG we’re nice enough to provide me with some sample to test out and rough up. I’ve already had this case now for a week and I’ll be detailing how well how does, later on, this week.

Since UAG isn’t the only thing on my radar, I have the Echobox Nomad that’s going to be making an appearance for me to test out and report back on the quality of the design, the sound and overall if it’s a pair you should go out and get for all your music need. This model caters specifically to Android devices and I’ll be sure to put it through its paces.

If you happen to be one of those people that are on a never ending quest in finding the best cloud solution for all your storage needs, I may just have something for you. Lima is introducing the Ultra which is a portable cloud storage device, while this is a good thing, you also need to provide your own storage device such as an external USB HDD to attach to it. You’ll get all the low down of what this puppy can do once I’ve had a chance to run around amok with it.

Hopefully, landing my hands on some finer piece of tech, I can’t talk about it beyond that as it’s not been announced, but I’m hoping to give some folks a glimpse of what else I’m working with.